In November, Florida voted to restore the voting rights of all former felons. But Republicans have found a loophole 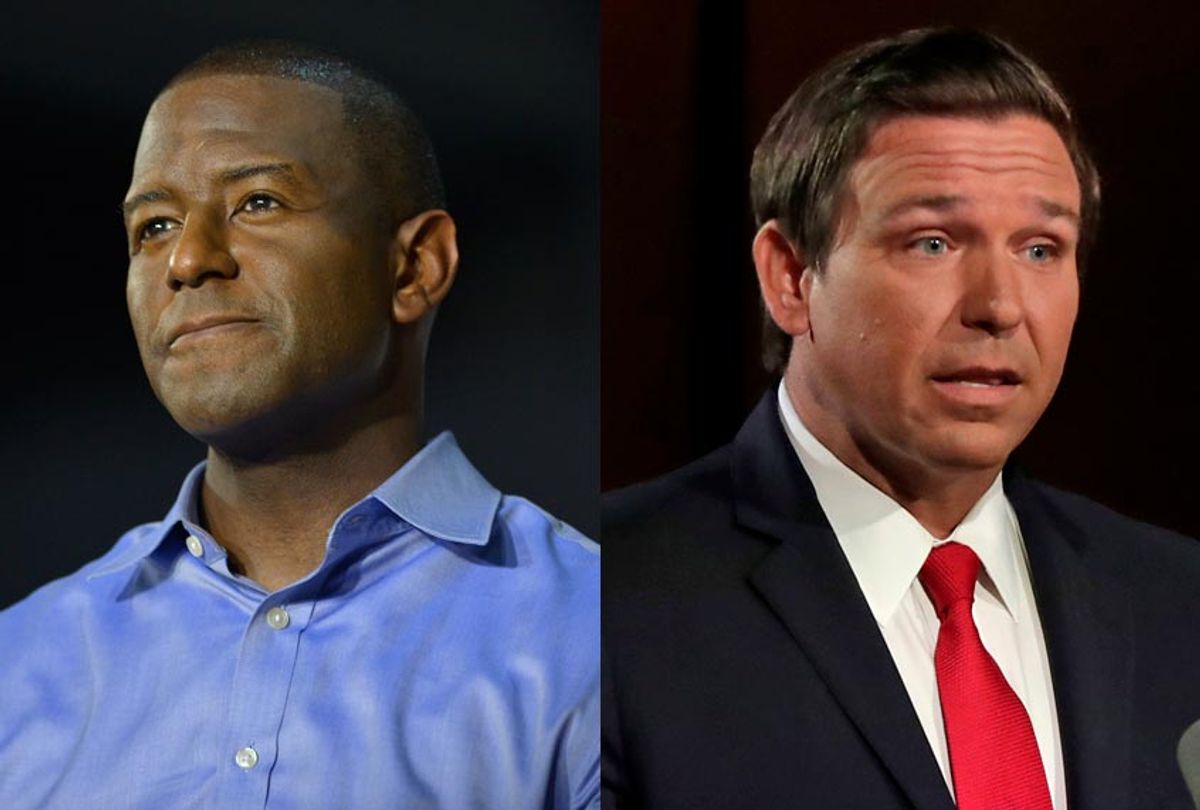 Republicans on a key Florida state house committee voted to approve a bill that would strip most ex-felons of their voting rights -- even after the state's voters passed an initiative to restore them.

In November, Florida voters overwhelmingly approved Amendment 4, which restored voting rights to about 1.4 million former convicted felons. The amendment required “automatic” restoration of voting rights to felons “who have completed all terms of their sentence, including parole or probation” except those “convicted of murder or a felony sexual offense.”

On Tuesday, Republicans on the Florida House Criminal Justice Subcommittee voted to approve a bill requiring felons to pay any outstanding fines or fees before they can have their voting rights restored. It was a move critics like Rep. Alexandria Ocasio-Cortez, D-N.Y., quickly labeled a “poll tax.”

Proponents of the amendment say that the text is clear: Amendment 4 specifically noted that voting rights would automatically be restored after completing not just prison but also probation and parole. The text did not mention anything about fees. Such fees are not ordered by judges but rather assessed as administrative fees by county clerks, meaning they are not actually part of criminal sentences.

The move could mean that up to 80 percent of the 1.4 million former felons who just had their rights restored could have them stripped away yet again, The Daily Beast reported. More than 10 percent of the state’s adults had been barred from voting, including more than 20 percent of African-Americans.

This could mean permanent disenfranchisement for many. WLRN reported that the majority of such fines are never paid because most convicted felons do not have the resources to pay them. Just 19 percent of some $1 billion in fines were paid off between 2013 and 2018, the outlet noted. Florida’s court clerks' association says that 83 percent of fines are not expected to be paid off.

Because these fines are rarely paid but the state relies on them to fund their entire court system, clerks often tack on as much in fines as possible, The Daily Beast reported, making it even less likely that many people will be able to pay them.

WLRN reported that even nonviolent low-level drug convictions carry mandatory fines of at least $25,000 and up to $500,000 for each charge. Florida law also allows private debt collectors to charge people another 25 to 40 percent of the fine as their commission.

Critics slammed the Republican push to strip hundreds of thousands of voters of their rights and labeled the proposed requirement a “poll tax.”

“The United States as a country has gotten rid of the poll tax," Phil Telfayan, the head of Equal Justice Under Law, told WLRN. “What I’m really worried about with Amendment 4 is that Florida is going to take that turn where folks who can’t afford to pay their court debt are barred from the voting box.”

The ACLU’s Kirk Bailey said in a statement that the bill “is an affront to Florida voters who approved Amendment 4.”

The bill will be voted on by the full House, where Republicans have a 71-46 majority.

“If this bill passes, it will undoubtedly continue to disenfranchise those who have already served their time and paid their debt to society,” Bailey said. “This is exactly what we were worried about from the beginning — legislative attempts to undermine the will of the people who voted for second chances and to rid Florida of the last vestiges of its Jim Crow-era past.”

The bill would not only affect disenfranchised Florida residents but the country as a whole, since the state plays an outsize role in determining presidential elections. In a state where voter registrations are split nearly down the middle between Democrats and Republicans and key races are often so close that they trigger recounts, the addition of 1.4 million potential new voters likely to skew Democratic was widely perceived as a game-changer.

Andrew Gillum, the former Tallahassee mayor who lost his race against Florida Gov. Ron DeSantis by just 30,000 votes -- in an election that required a hand recount -- this week launched a new effort to register as many new voters as possible ahead of the 2020 election, Politico reported.

Gillum, who had been rumored as a possible 2020 presidential candidate, said in January that his singular focus is to lead a registration drive that will help defeat Trump next year.

“Whatever resources that I raise and time and energy I spend in this state is going to be around voter registration and deep-level engagement, so that when we have a [Democratic] nominee, we have an apparatus we can turn on,” he said.