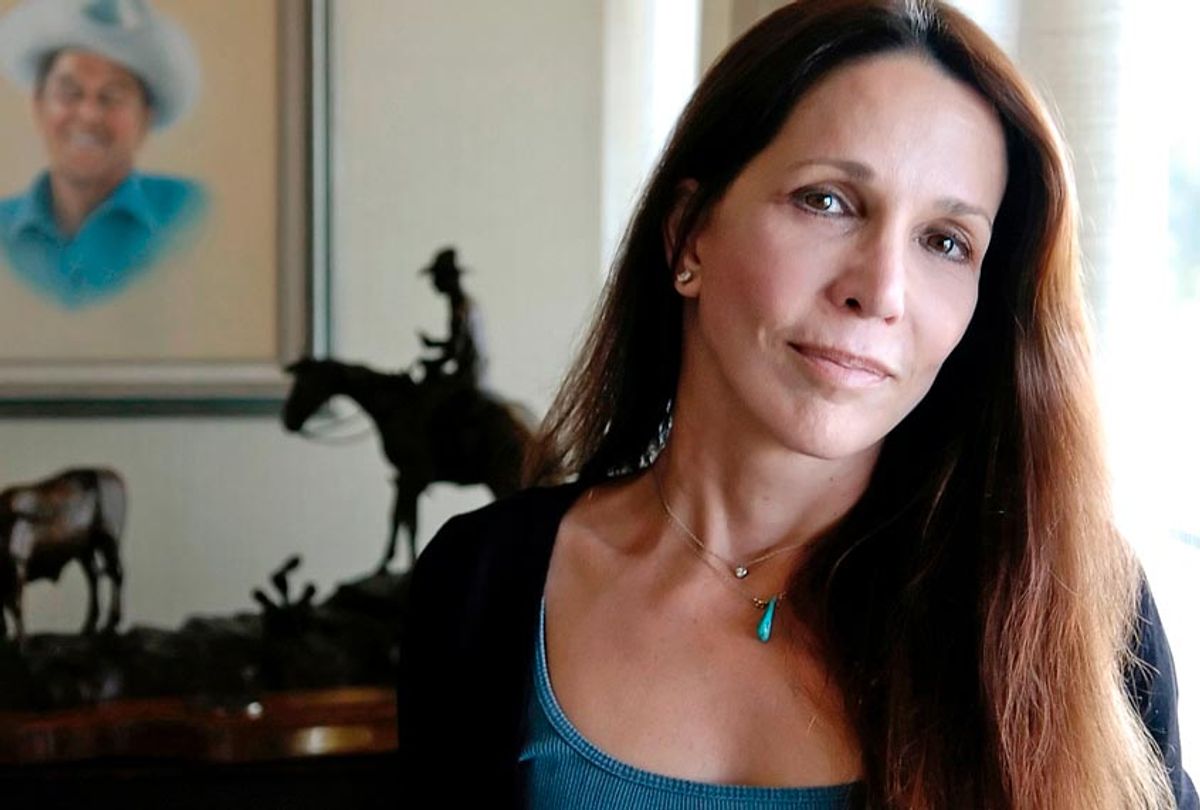 Patti Davis, the one-time actress, author and daughter of the late Republican President Ronald Reagan, said her father would be "heartbroken" and "horrified" by Donald Trump's presidency.

Davis, who noted she is not a Republican and never has been, criticized how the modern GOP operates today, telling Yahoo News that it "bears no resemblance to the Republican Party of my father's time." She then cited the "crickets (from Republicans) when Trump keeps assaulting the Constitution," as an example of how the Republican Party has transformed under Trump's leadership.

"The Republican Party now – particularly the Republicans in this government – are just sitting by the sidelines and letting the Trump administration destroy this country," the 66-year-old said. "I mean, they don't say anything. They don't stand up to him."

Davis then accused Trump of stoking fear and hatred to rile his base and take down his political enemies.

"We don't have time now or the room for people to sit on the sidelines," Davis continued. She later added, "If people don't speak up and stand up, we are going to lose this country."

The author also took aim at Trump's rallying cry, "Make America Great Again," a phrase that was first coined by her father during his successful presidential campaign in 1980.

"I think it's taken on – obviously – a completely different meaning. Because what it seems to mean now is: 'Let's make America white again, and racist again and small-minded again,'" Davis said.

Davis' interview with Yahoo News is not the first time she has criticized Trump. In fact, Davis has always been a vocal liberal. She was active in the campaign against nuclear weapons before her father was elected president and continued her activism, which included speaking out against many of her father's policies, throughout his two terms in office. Davis, who was considered the "black sheep" of the Reagan family, was formerly estranged from her parents. The family reconciled before her father's death.

In June 2018, Davis wrote in a Washington Post op-ed that she missed the "dignity" her father "brought to the task of leading this country, the deep respect he had for our democracy." She also said if her father could react to Trump's presidency, he would "plead with Americans to recognize that the caustic, destructive language emanating from our current president is sullying the dream that America once was." Her father, Davis said, would not have supported Trump and would have expressed concerned with his "destructive language" on foreign policy, his relentless attacks on the media and his hardline approach to immigration.