Patrick Shanahan, who's being probed by the Pentagon's inspector general, reportedly worked for Boeing for 31 years 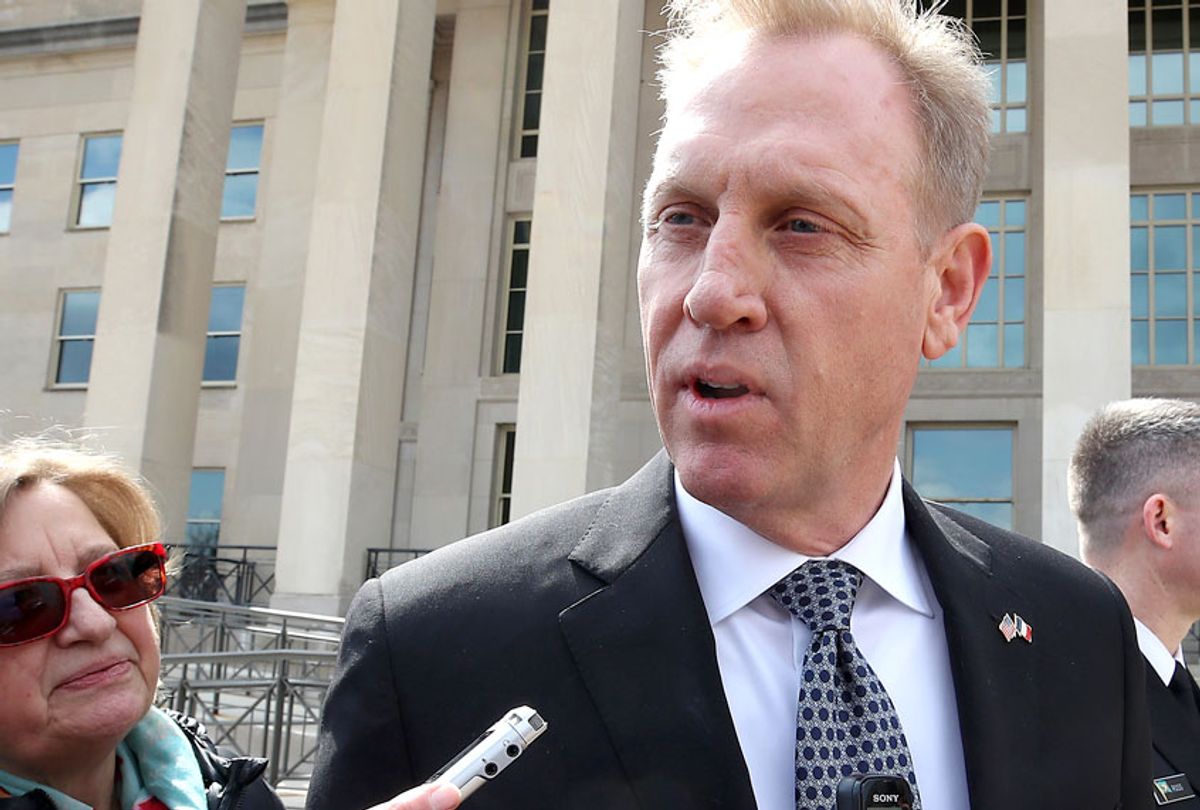 On Wednesday, POLITICO reported that Patrick Shanahan, President Donald Trump’s acting Secretary of Defense, is under investigation by the inspector general of the Pentagon for allegedly using his office to enrich aerospace giant Boeing, his former employer of 31 years:

“In his recent Senate Armed Services Committee testimony, Acting Secretary Shanahan stated that he supported an investigation into these allegations,” she said. “We have informed him that we have initiated this investigation.”

The investigation follows a complaint submitted last week by Citizens for Responsibility and Ethics in Washington (CREW), in response to a January POLITICO report revealing that Shanahan, when he was Deputy Defense Secretary, promoted Boeing in Pentagon meetings and criticized Lockheed Martin, the developer of the controversial F-35 military jet program and one of Boeing’s largest competitors in the defense sector. Shanahan, who worked as a civil aviation engineer at Boeing, had previously signed an ethics agreement to recuse himself from decisions involving the company.

Shanahan has broadly denied misconduct, with his spokesman, Lt. Col. Joseph Buccino, saying the acting Secretary “has at all times remained committed to upholding his ethics agreement filed with the DoD.”

Trump’s administration has been plagued with ethics scandals from day one, with various members of his Cabinet accused of excessively spending taxpayer money on themselves, retaliating against employees, enriching family members, lying about financial conflicts of interest, and even obstructing ethics investigations into themselves.

March has not been a good month for Boeing in general, which has seen its new fleet of 737 Max 8 planes grounded around the world amid investigations into a pair of deadly crashes.

Trump has lacked a permanent Defense Secretary since former General James Mattis stepped down in December, raking Trump over the coals as an irresponsible leader in his resignation letter. Shanahan, as Mattis’ deputy, has filled the role. Trump has so far not named any permanent replacement for Mattis, and it is possible — though unclear —that he wants to just keep Shanahan on indefinitely.