Air pollution from Harvey was bad. This Houston petrochemical fire is worse 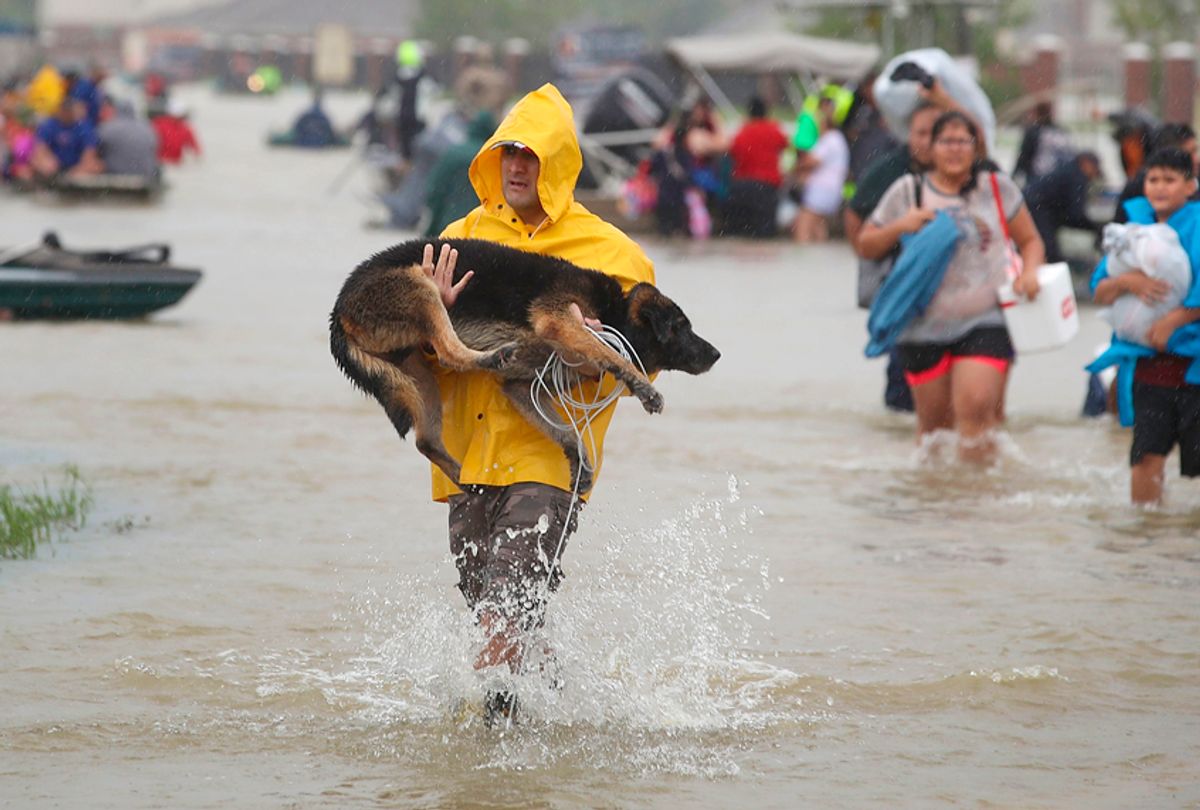 The fire blazing at a chemical storage facility in Houston has blanketed the city in smoke, shuttered schools, and released a dangerous mix of pollutants.

The toxic mixture includes carbon monoxide, sulfur dioxide, toluene, and naphtha. That’s self-reported, so there may be even more pollution. The data, for instance, doesn’t include the particulate matter — or soot — spewing in black plumes from the fire.

“Particulate matter is incredibly dangerous,” said Adrian Shelley, director of Public Citizen Texas, a watchdog group. It can cause a range of effects, including asthma, heart attacks, and strokes. “It’s not out of the realm of possibility that this exposure could cause very severe health impacts up to and including death.”

The fire broke out Sunday morning at Intercontinental Terminals Company’s facility in Deer Park, a heavily industrialized area about 15 miles southeast of Houston. ITC, as it’s known, has a long history of flouting environmental rules. According to EPA data, it has violated federal clean water rules nine times in the last three years. Since 2005, the state has found Intercontinental Terminals in violation of its permits at least nine times, resulting in roughly $70,000 in fines.

The TCEQ, the agency responsible for protecting the state’s environment and public health, has been criticized for letting large corporate polluters off with a slap on the wrist. An analysis of its enforcement record by an environmental nonprofit found that the agency imposed penalties on violators in just 3 percent of cases. ITC appears to have benefitted from the lax enforcement. In 2016, for instance, the company released more than 1,500 pounds of benzene — a carcinogenic chemical — for over five days and failed to notify the state agency within the mandated 24-hour deadline. The fine: roughly $4,000.

The state agency and cities have been tracking air quality in the area. In its second press release since the fire broke out, the TCEQ said on Tuesday that particulate matter levels “increased slightly” in the hours after the fire began on Sunday to “moderate levels” but have since dropped.

That statement is at odds with one the agency released the day before, in which it appeared to downplay the effects of the fire on public health, noting that it “had not detected any immediate health concerns at ground level.” Residents have reported headaches and itchy throats on Twitter and to Texas journalists. And the fire is expected to keep burning for another two days.

All this comes two weeks after the Los Angeles Times reported that the TCEQ turned down NASA’s assistance with air quality monitoring during Harvey.

“TCEQ hasn’t built up a very big trust bank with the public,” said Luke Metzger, executive director at Environment Texas, an Austin-based environmental group. “During Harvey, they downplayed some of the concerns, and it’s hard to say whether they’re being straight with us. I wish I could take them at their word, but it’s hard to know for sure.”