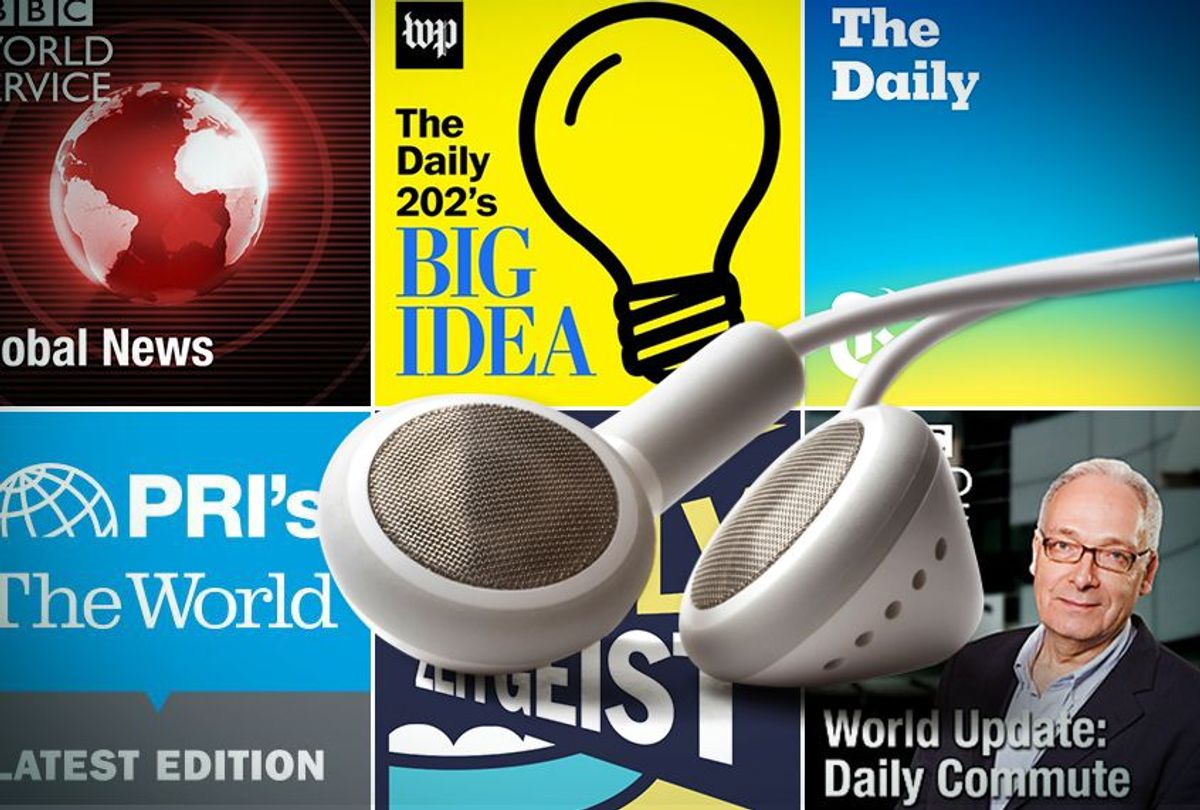 Last week, the 83-member production staff of audio media company Gimlet Media announced its unionization with the Writers Guild of America, East (WGAE). The move marks the first instance of unionization at a podcasting company.

According to a statement from the Gimlet Union Organizing Committee, which shepherded the union drive, the union will consist of creative-staff members including “producers, engineers, hosts, editors, and reporters.” The union has asked Gimlet management, which will not be included in the union, to voluntarily recognize the Guild as its collective-bargaining representative.

“A lot of people had been asking management about [these issues] for a long time, bringing [them] up both privately and publicly at all-staff meetings,” Drew Nelles, a senior producer and union organizing committee member at Gimlet, told In These Times. “We just reached a point where we felt that in order to see the movement on those issues that we desired, it was time to start thinking about collective action.”

Known for a number of narrative podcasts, including "StartUp," "Reply All," and "Crimetown," the venture-capital-funded Gimlet has seen exponential growth since its 2014 inception. The most recent reported figures show that, as of last summer, the company employed over 110 people.

Amidst this expansion, “it was just clear that things at the company were changing,” Nelles added. “There was a group of us who felt that having some kind of collective voice, having a seat at the table, would make the most sense for the production-side employees at the company.” Nelles said informal talks of unionization began last summer, and assembly of the committee followed in November.

In February, digital music-streaming giant Spotify acquired Gimlet, along with podcast-publishing platform Anchor. (Nelles said organizing efforts began before the committee was aware of acquisition plans.) The shift in ownership may pose a challenge for the future of the union, as other outlets such as Fast Company and Vulture have noted. The tech industry has a record of anti-union maneuvering, and recent collective-bargaining drives at such major tech firms as Tesla and Amazon have been met with hostility.

In response to the unionization announcement, Gimlet told In These Times: “We confirm we have received a formal notice from the WGAE union and plan to review. We have nothing further to report at this time.” Spotify has not responded to In These Times’ request for comment.

“We don’t know exactly what [the future] is going to look like because [the acquisition] wasn’t something that we knew about when we started this effort,” Nelles said. “But I would say we’re all pretty confident...I would say, right now, we don’t yet have any reason to be pessimistic about a heavy hand coming down from the head corporate office.”

Some of this confidence stems from the precedents of other trade unions, which provided guidance for the committee’s efforts to align with the WGAE. According to Nelles, the Gimlet staff is made up of veterans of public radio, film, television and other areas of media that have achieved widespread collective-bargaining representation, often with the Writers Guild.

Further bolstering the union’s prospects is a spate of digital-news organizations whose editorial offices have recently unionized. Since 2017, Vox Media, Gizmodo Media Group, the Huffington Post, Vice Media and other organizations have secured representation under the Writers Guild, while outlets including BuzzFeed, New York Magazine, and the Los Angeles Times have unionized with the NewsGuild. What’s more, Vox, the Huffington Post, and numerous other news outlets have significant podcast divisions, further bridging the gap between podcasts and written media when it comes to union representation. (In 2014, In These Times staff unionized with the NewsGuild.)

This may also bode well for editorial contractors, who are Gimlet-union-eligible. Contract workers were an active part of the organizing campaign from the beginning, Nelles said, with one contractor serving on the 10-person union organizing committee. According to BuzzFeed News, temporary workers began to negotiate for more benefits over the summer. Organizing committee members hope these efforts will improve the rights of contract workers — who are typically deprived of benefits like employer-subsidized healthcare and paid time off — in the digital-media realm.

Whether the union drive similarly influences Spotify workers has yet to be seen, but Nelles has seen “supportive chatter” on workplace message boards.

The union still awaits recognition from Gimlet management, and according to Nelles, the Writers Guild’s and Gimlet’s counsels are currently in discussions. With the union’s fate in limbo, Nelles’ and the organizing committee’s expectations remain high. “We’re all really excited, and it’s been in the works for several months, and it’s nice to now be able to be public about it,” Nelles said. “We’re definitely optimistic that we will get to recognition soon one way or another.”

All Salon The Economy & Innovation In These Times Podcast Unions