Does Lindsey Graham have a conflict of interest in his role as the Senate Judiciary Committee chair?

"I do my job very responsibly," the South Carolina senator tells the media 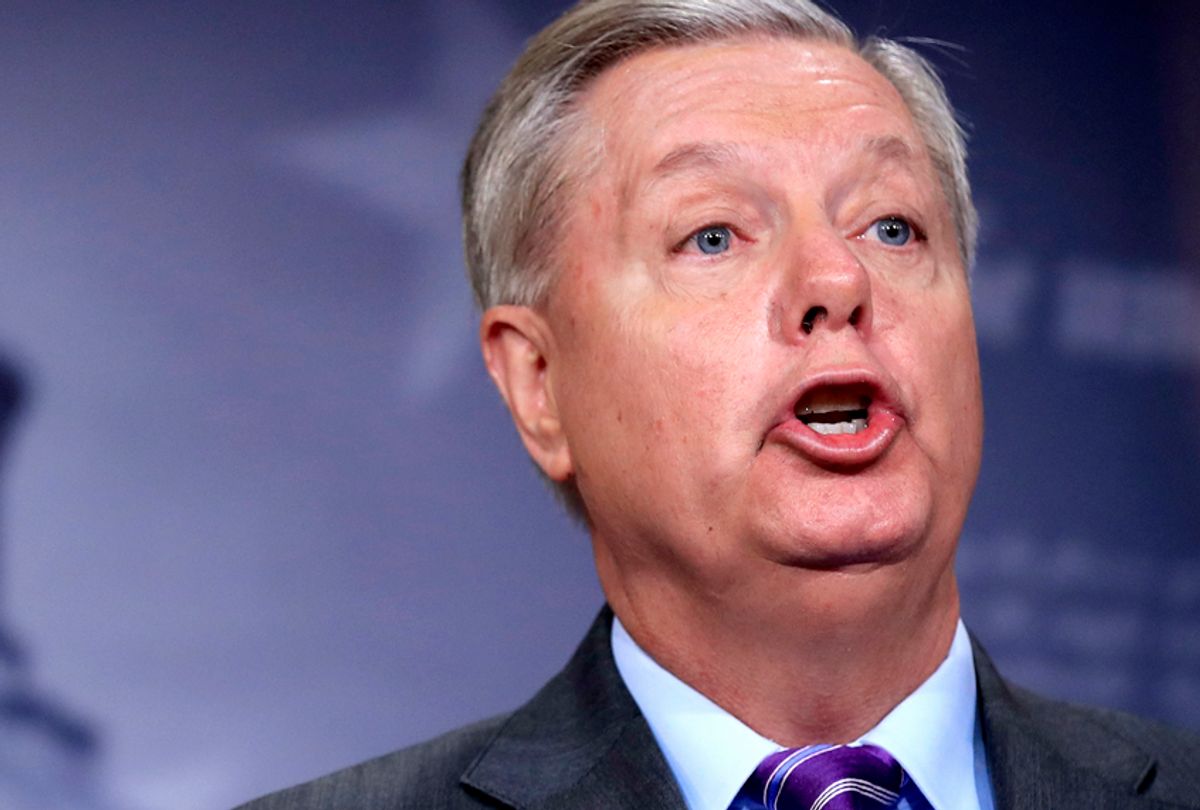 A day after Attorney General William Barr told Congress that Trump would not face prosecution, Graham called on the Department of Justice to appoint a new special counsel to investigate Clinton. Graham also suggested that he would use the power of his committee to determine how the Russia investigation began.

At a news conference on Monday, one reporter noted that Graham appeared to have a conflict of interest.

“You brought up [Attorney General Jeff Sessions’s] conflict of interest and you made a rousing speech at Mar-a-Lago over the weekend,” the reporter observed. “Doesn’t that give an appearance of conflict of interest in your role of chairing the Senate Judiciary Committee?”

“You’ve got to be kidding me,” Graham replied. “Did anybody ever ask during the Clinton impeachment if a Democrat was conflicted for speaking out on behalf of the president? I am an elected political official. I am a Republican. I’m going all over the country to speak to the Republican Party. I want Trump to win. I’m chairman of the Judiciary Committee. I do my job very responsibly.”

“To suggest that if you’re a Republican and you want Trump to win, you can’t do your job is absurd,” he continued.

“You also golfed with him though, right?” another reporter asked.