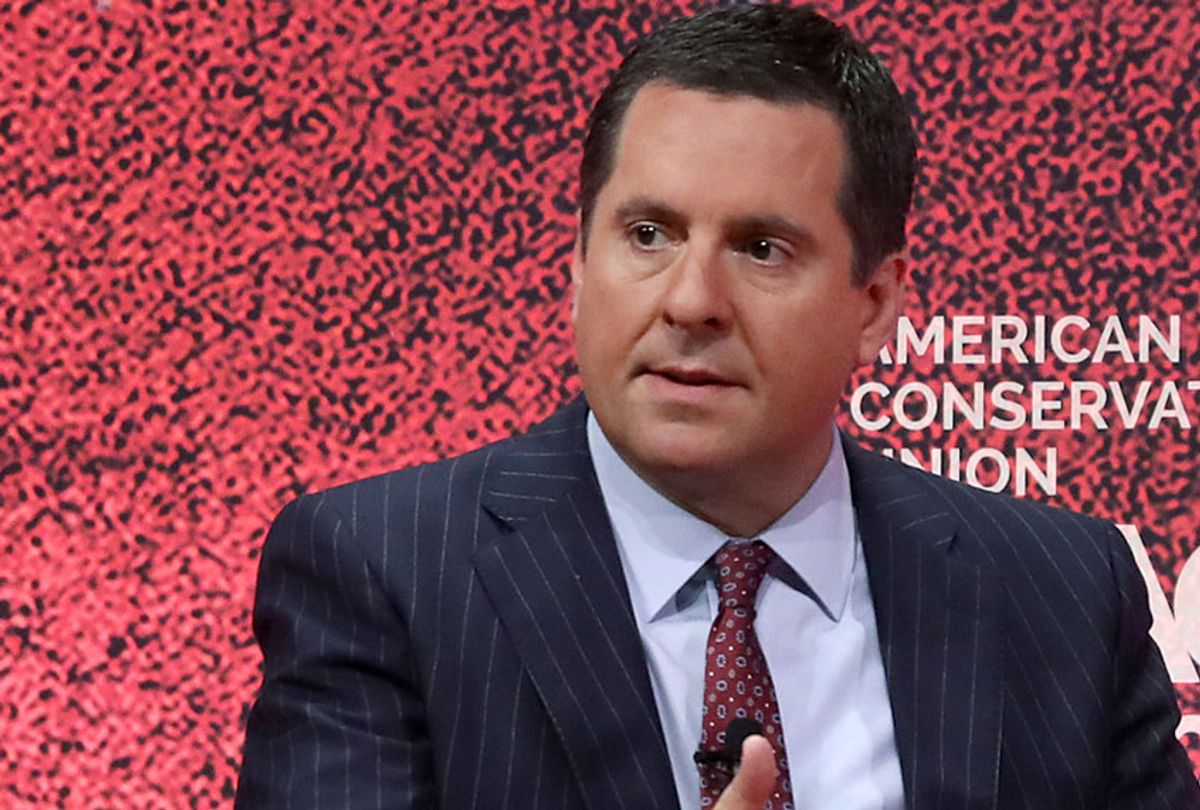 With Special Counsel Robert Mueller's report finished and being evaluated by the attorney general, debate has now turned to how its contents should and will be handled. Rep. Devin Nunes (R-CA), one of President Donald Trump's most passionate defenders, had (shall we say?) an interesting idea Sunday morning about what should be done with the document.

Given that Nunes hasn't read the document, this was a staggering claim to make, especially because — in light of the end of Mueller's investigation on Friday without any additional indictments — many of the president's defenders have been declaring victory. If Nunes were confident that the report would exonerate Trump, why would he suggest burning it?

His claim that it is a "partisan" document is equally absurd. Mueller himself is well-known to not only be a Republican but a law enforcement official who has been appointed by presidents of both parties. And in his role as special counsel, he was appointed by Deputy Attorney General Rod Rosenstein, a Republican picked by none other than Trump himself and confirmed almost unanimously by the Senate. Even if Mueller's report is somehow biased, calling it "partisan" is ridiculous and shows that Nunes is fearful about what it will say.

And after his erroneous accusation of partisanship, Nunes launched into a partisan attack of his own, saying that Fusion GPS, which was responsible for funding the Steele Dossier, should be investigated. He said all of the FISA court records relevant to the Russia probe should be "fully disclosed." He also said he "couldn't imagine why" Mueller interviewed Jerome Corsi, a conspiracy theorist and associate of Roger Stone who appears to have acted as a go-between with WikiLeaks founder Julian Assange.