Robert Mueller's report "was making his case to Congress" to probe obstruction of justice: report 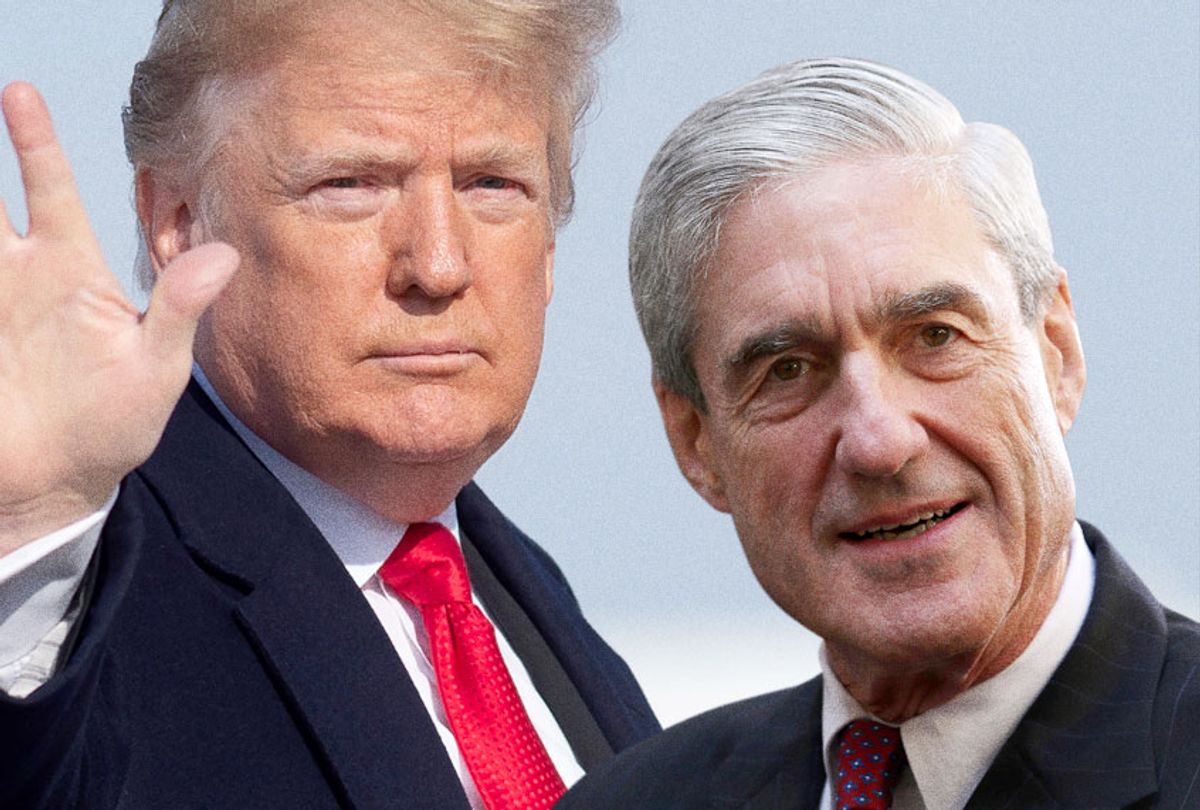 But although the report absolved Trump of conspiracy to collude with Russia, the special counsel did not conclude that President Trump had not obstructed justice. In fact, according Attorney General William Barr’s letter, the Mueller report refused to clear the president on charges of obstruction of justice.

“The Special Counsel therefore did not draw a conclusion – one way or the other – as to whether the examined conduct constituted obstruction,” William Barr wrote.

“Instead, for each of the relevant actions investigated, the report sets out evidence on both sides of the question and leaves unresolved what the Special Counsel views as “difficult issues” of law and fact concerning whether the President’s actions and intent could be viewed as obstruction. The Special Counsel states that ‘while this report does not conclude that the President committed a crime, it also does not exonerate him.'”

As the Daily Beast pointed out Monday, the report’s wording paves the way for Congress to look into the issue.

A source with direct knowledge of the investigation told The Daily Beast that it was their interpretation that ‘Mueller was making a case to Congress, who (unlike DOJ, in Mueller’s view) is empowered to weigh the lawfulness of a president’s conduct,’” the Beast wrote.

Democrats have demanded to see the full Mueller report. Meanwhile, multiple investigations into Trump’s conduct are being carried out by the Southern District of New York.