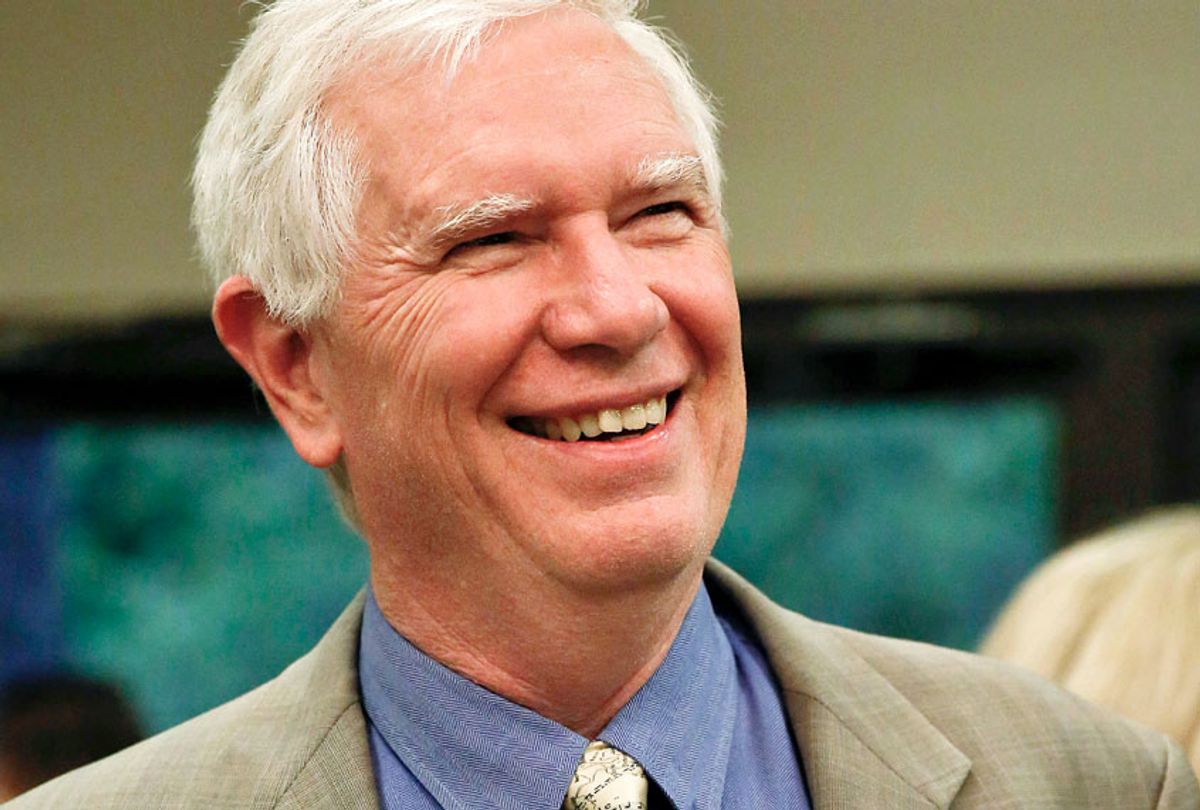 Attorney General William Barr has now produced a summary of special counsel Robert Mueller’s investigation of Russian counterintelligence in the 2016 presidential election. Although that summary doesn’t actually clear President Donald Trump, many Republicans have decided it does — and furthermore, that anybody who even speculated the Mueller report could harm Trump is a liar.

Enter Rep. Mo Brooks (R-AL), who on Monday illustrated what he thinks of Democratic lawmakers and journalists who pursued the Mueller investigation by quoting a passage from Adolf Hitler’s autobiography, Mein Kampf, on the House floor.

“For more than two years, socialist Democrats and their fake news media allies — CNN, MSNBC, The New York Times, Washington Post and countless others — have perpetrated the biggest political lie, con, scam and fraud in American history,” said Brooks. “I quote from another socialist who mastered ‘big lie’ propaganda to a maximum, and deadly, effect: ‘In the big lie, there is always a certain force of credibility because the broad masses of a nation are always more easily corrupted in the deeper strata of their emotional nature … and thus in the primitive simplicity of their minds they more readily fall victims to the big lie than the small lie. It would never come into their heads to fabricate colossal untruths, and they would not believe that others could have the impudence to distort the truth so infamously.”

There is a lot to unpack here. First of all, Hitler wasn’t a socialist — he was a fascist, which is at the opposite end of the left-right spectrum from socialism. Second of all, demanding answers about Russia, and speculating about what Mueller’s report might contain, is not lying.

Third of all, and perhaps most important, Brooks doesn’t seem to know the context of this Mein Kampf passage. While Hitler was indeed a prodigious liar, his description of the “big lie” was not a boast about his own mendacity — it was his anti-Semitic conspiracy theory about how Jewish oligarchs use lies to control the masses. So as some observers on Twitter pointed out, this analogy reads a little differently from how Brooks probably meant it:

Mo Brooks is, to put it mildly, a colorful figure. He has proclaimed there is a “war on whites.” He has said that Obamacare protections are bad because we “people who lead good lives” should pay less for insurance than people with pre-existing conditions. He has suggested that sea level rise is caused not by global warming but by rocks falling into the sea. And he has vowed that he will “do anything short of shooting” immigrants to get them out of America.

In Alabama, all of this might actually be a plus with voters. The right-wing Club For Growth has released polls showing him leading the GOP primary to challenge Democratic Sen. Doug Jones, and though Brooks is not actually in the race, he says he is “contemplating” jumping in.