Trump tariffs costing Americans $1.4 billion a month, have "no impact" on foreign exporters 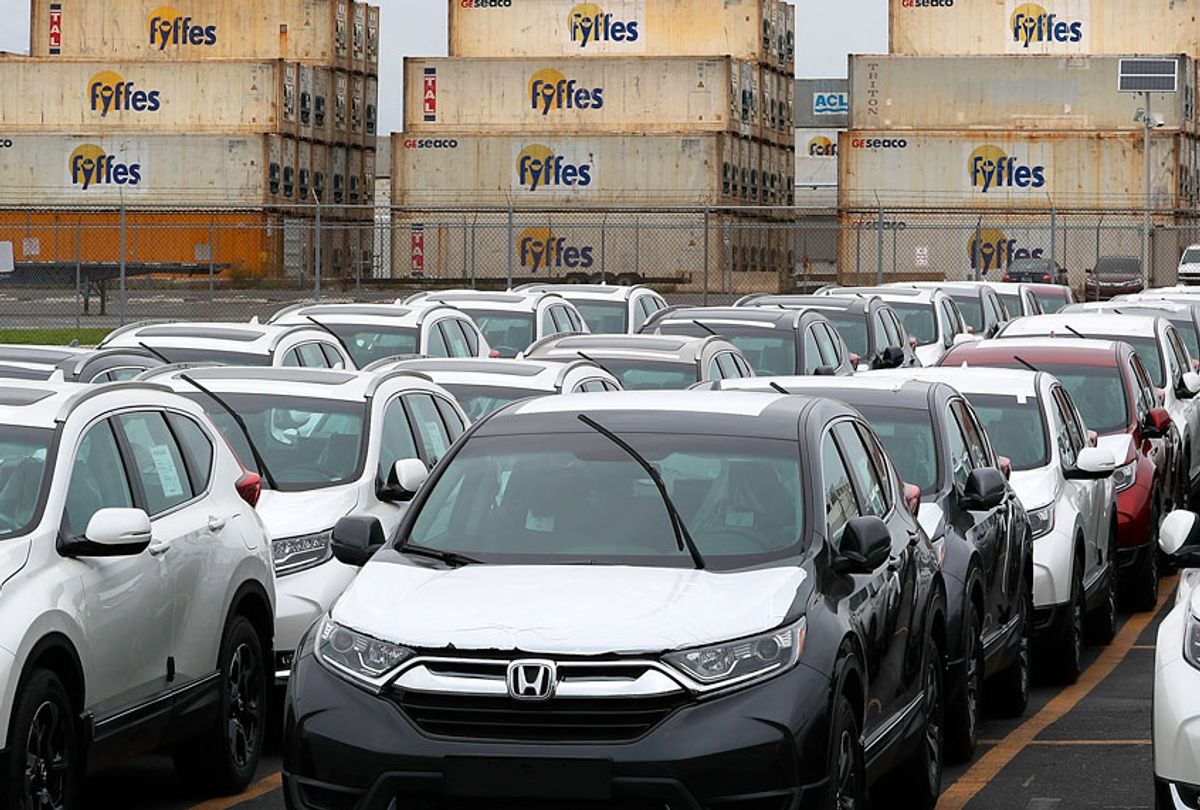 President Trump’s tariffs are costing Americans $1.4 billion per month in reduced income while having little effect on foreign exporters, according to a study by economists at the Federal Reserve Bank of New York, Columbia and Princeton Universities obtained by CNBC.

“We find that the U.S. tariffs were almost completely passed through into U.S. domestic prices, so that the entire incidence of the tariffs fell on domestic consumers and importers up to now, with no impact so far on the prices received by foreign exporters,” they wrote. “We also find that U.S. producers responded to reduced import competition by raising their prices.”

According to the study, the losses amounted to roughly $1.4 billion since November after costing at least $6.9 billion between January and November of last year. The researchers cautioned that the number is likely higher because their model assumes that the Trump administration will use revenues from the tariffs to offset some of the costs. If the government does not do that, the cost of the tariffs to Americans would increase to $12.3 billion.

“Economists have long argued that there are real income losses from import protection. Using the evidence to date from the 2018 trade war, we find empirical support for these arguments,” the researchers wrote. “Losses mounted steadily over the year, as each wave of tariffs affected additional countries and products, and increased substantially after the imposition of the wave 6 tariffs on $200 billion of Chinese exports.”

Along with added costs, the study found that American consumers could see product variety decrease or be disrupted entirely.

“The imposition of the tariffs is associated with sharp drops in the number of imported varieties entering the U.S. in all sectors except the wave 1 products (washing machines and solar panels),” the analysis said. “These results suggest that some of the tariffs were prohibitive, reducing imports to zero. This can create a measurement problem that can arise if we try to assess the price impacts of tariffs on goods that are no longer imported.”

But economists warn that the USMCA may not help economic growth nearly as much as the administration claims, but will likely hurt American consumers.

Economists told Politico that the deal’s impact on GDP growth would be “tiny,” with one economist projecting a 0.1 percent increase. The International Trade Commission believes the deal will actually shrink the economy and is expected to release a full analysis next month. Dan Pearson, who spent a decade on the ITC, told Politico that the analysis “is likely to show a negative number.”

"If you tasked me with trying to show this would be a significant boost to growth, it would be really hard to do," added Philip Levy, a former trade official under the George W. Bush administration.

Not only is the deal not expected to boost the economy, it is actually expected to hurt American consumers even more than tariffs already have.

The Center for Automotive Research published an analysis last year projecting that the USMCA would essentially place a tariff of up to $3.8 billion on cars because of requirements in the deal that require a certain percentage of the vehicle body to be made from North American auto parts. That would raise the cost of a large proportion cars by as much as $2,200, the analysis said.