Exclusive: Nada Surf's urgent "Song for Congress" and the story behind it

First listen: "Song for Congress," written in response to family separation at the border and D.C. dysfunction 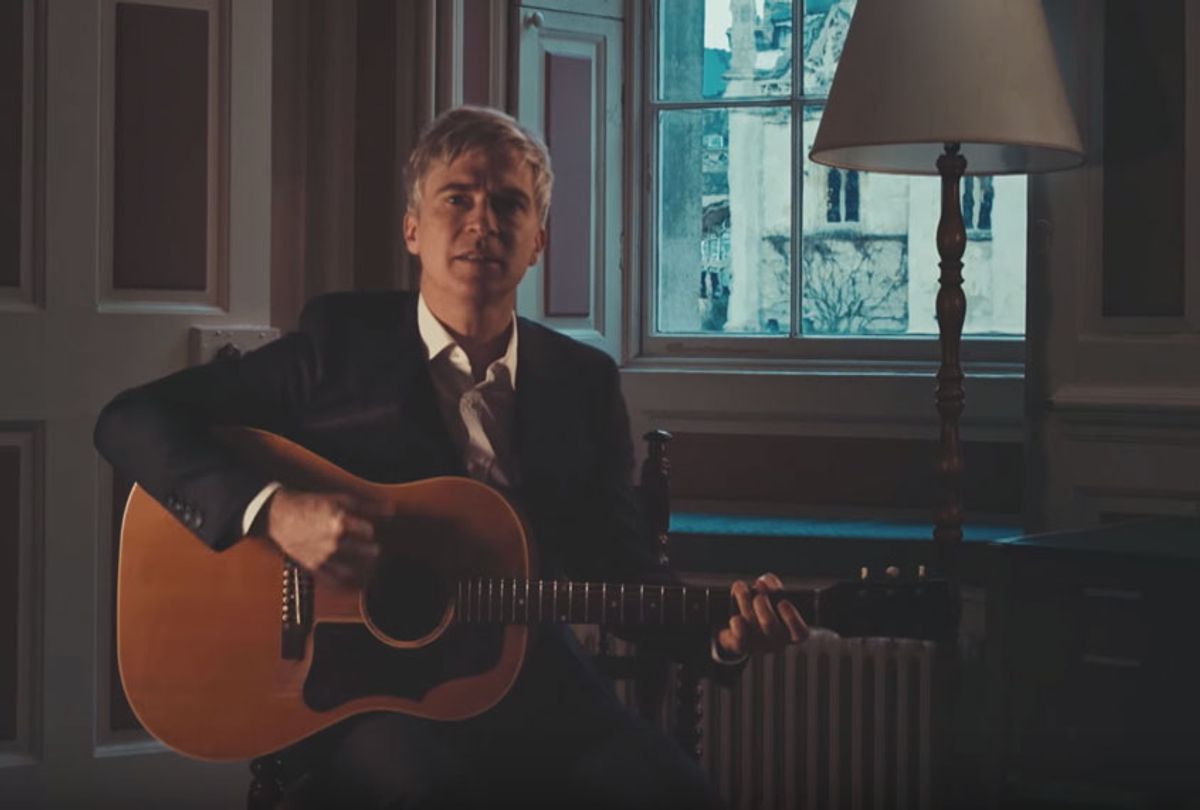 I sing and play guitar in a band called Nada Surf. I’ve written a few political songs over the years but most of them have remained in a desk drawer unfinished — they’re hard to write, and the enterprise can feel futile. But when I read about the separation of families at the U.S.-Mexico border, I felt compelled to try again.

Like most people learning of this tragic situation — children of all ages being removed from their parents — I was outraged and upset. After calling the offices of my state representatives and leaving messages urging them to take some kind of action, I wished there was something more I could do. A thought occurred to me: What if I could speak directly to a congressperson or senator through a song? I knew that anyone on Capitol Hill actually hearing it was a moonshot, but I also knew that music can travel in unexpected ways, and that it was at least worth trying.

Family separation wasn’t the only issue on my mind. So many things have taken a turn for the worse during this administration. But more worrying than individual issues, there seems to be a new acceptance of dysfunction, and a new blindness to where it might lead. As I sat down trying to think of what to say and how to say it, my mind went back to an experience I was lucky to have a few years ago. While touring the country with Minor Alps, a side project with Juliana Hatfield, I received an email offering us a private after-hours tour of the Capitol Building. The sender was David Schnittger, Deputy Chief of Staff of then-Speaker of the House John Boehner. We gladly accepted.

I had never been inside the Capitol Building and I was struck by its size, high ceilings and long sightlines. I was also struck by its condition — every surface was perfectly preserved and seemed almost new. It was easy to imagine myself slipping back in time. Of the many chambers we visited, we spent the most time in Statuary Hall, a vast amphitheater-shaped space that had served various purposes over the years. The House of Representatives met there in the early part of the 19th century, and for a period it was where presidents were inaugurated. Now it displays statues of prominent Americans contributed by every state. As we wandered around and read the plaques next to the statues, feeling the historical weight in the air, I looked for familiar names, wondering if I’d find a distant family relation. I didn’t see any, but I felt a citizen’s pride and gratitude.

I looked up at the Car of History Clock, with its statue of Clio, Greek mythology’s muse of history, standing in a chariot and taking notes on her marble scroll as she kept watch over the hall. That we were alone made her figure and those of the other statues seem especially otherworldly. I felt as if I was visiting the beating heart of our nation. It was awe-inspiring — I had a lump in my throat.

Taking it all in, I had a curious thought: despite its age, something about this place felt very futuristic. We passed under Clio’s statue into the Rotunda under the enormous Capitol Dome and the biggest epiphany that I would take away from the evening began to take shape: the Founding Fathers were looking very far ahead when they built the Capitol — they were futurists. While the population of the United States was just under four million when the first stone was laid in 1793, the building’s dimensions feel appropriate for today’s nation of over 300 million. President Washington, Secretary Jefferson and their architects had such trust in and harbored so much hope for their nascent republic that they set out to physically represent it on a scale befitting a planetary leader, a worldwide example of functioning democracy.

We continued our visit, taking in the Crypt, the Brumidi Corridors and the Senate Chamber, even taking a detour into Speaker Boehner’s private office. David was a perfect host; he made sure we got to our concert on time and even joined us there.

Years later, working on the song, I tried to imagine what those statues might be thinking now about what they see. I thought about what they might want to say. I didn’t want to make it partisan; I wanted to appeal to any senator or congressperson’s sense of humanity, history and responsibility ("we're on a bigger team than left or right") and try to get something across about the potential for positive change, about being open to course correction when it’s needed and about the romance of possibility.

As I finished the song and set about recording it, I thought about how negatively it might be received. There is an ever more common line of thinking in the United States that to protest, to criticize one’s government and seek improvement, is to assail the nation itself, to be “unpatriotic.” I have long bristled at that notion and definition, believing no one has the right to assume what is in a concerned citizen’s heart. It increasingly feels as if the market on patriotism has been cornered by dogmatists. I love this country deeply, and wish it the longest life and most glorious arc, and I don’t think that addressing its faults betrays that love.

On the subject of patriotism, I don’t believe anyone’s family history gives their two cents any more worth than another person’s, but I’d like nevertheless to share two parts of mine that I am proud of. My grandfather Harmon Chadbourn Rorison, from Wilmington, N.C., after earning a Distinguished Service Cross as a pilot in the U.S. Army Air Service in 1918, joined a small group of American volunteers the following year in the newly-formed Kosciuszko Squadron (named in honor of Tadeusz Kościuszko, a Polish military leader who had joined the American Revolution) as they helped defend Poland and helped slow down westward Soviet progress in the Polish-Soviet War. On March 5th, 1920, during a patrol flight, he came across a large Bolshevik unit concentrated around a railroad station. He strafed them repeatedly for ten minutes with his biplane’s machine gun and dropped both bombs he was carrying, incurring heavy damages and, according to later intelligence, practically disabling a whole regiment. This was the squadron’s first encounter with the enemy and my grandfather became the first American pilot, and possibly the first American, to engage communists in combat.

Going further back, my eighth-great-grandfather John Lippitt sailed from England to Salem in 1635 and shortly thereafter followed Roger Williams to Providence, where in 1640 he was one of the 39 settlers to sign an agreement founding a government based on liberty of conscience (freedom of religion), majority rule and the separation of church and state. Rhode Island was the first colony to renounce the British Crown, but the last to ratify the Constitution, insisting that a Bill of Rights be included before they did so. Among John Lippitt’s descendants are four Rhode Island governors and two senators, a mix of Republicans and Democrats.

These stories inform my feelings of identity as a citizen, and inspire me in my own life, however less dramatic. But countless other Americans have comparable ones in their families’ pasts too. We can all look up at the inverted pyramid of our ancestry and see that the state of our nation and the richness of our lives are the sum of millions of actions and decisions, small and large, by millions of people who loved their country.

I’m a New Yorker with long American roots
I see a land that’s tilting and I don’t know what to do
Something is different, this danger feels new
Who do we look to?
In the capitol building, the chosen few
I wrote a song for you

As you walk through Statuary Hall
Do you hear the marble breathing?
All the statues are trying to talk
What do you think that they’re saying?

As you walk through Statuary Hall
Did you catch the marble moving?
All these statues are trying to walk
Where do you think that they’re going?

As you walk through Statuary Hall
Do you see the marble moving?
All these statues are starting to walk
Where do you think that they’re going?

Do we dare look away, turn our heads
As we slide into the dark?
When we’re old, looking back
We will cry when we see what we have done

Families split up, the world heating up
We are letting hate lead us away

Matthew Caws is an American singer/songwriter, best known as the lead vocalist and guitarist of the band Nada Surf.