Trump admin. plans to slash all federal funding for the sports program that gives opportunities to disabled people 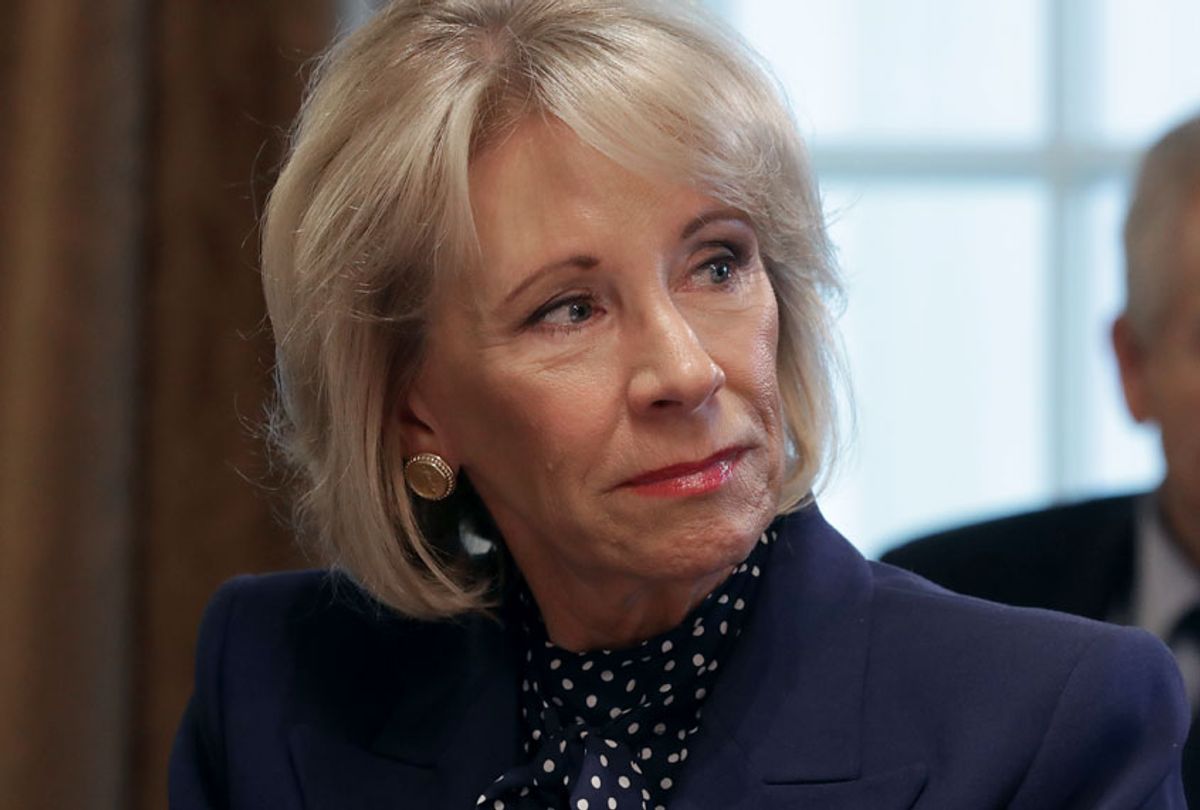 Education Secretary Betsy DeVos came under intense scrutiny Tuesday after she defended proposals by President Donald Trump's administration to cut at least $7 billion from education programs, including slashing all $18 million in federal funding for the Special Olympics during an appearance in front of the House Appropriations subcommittee on education.

When Rep. Mark Pocan, D-Wis., a member of the congressional subcommittee, asked DeVos if she knew how many children would be affected by eliminating federal funding for the Special Olympics, the sports program that provides opportunities for disabled athletes to compete and train year-round. The education secretary admitted she did not know.

DeVos then said, "I think that the Special Olympics is an awesome organization, one that is well supported by the philanthropic sector as well," including a quarter of the education secretary's $199,700 salary, which she donated to the nonprofit last year. The Special Olympics received roughly 10 percent of its overall funding from federal grants in 2017, according to the group's financial statement.

Pocan also told DeVos the proposed budget would reduce state grants for special education by 26 percent and cut millions of dollars from programs for students who are blind. After referring to his own nephews with autism, Pocan asked DeVos, "What is it that we have a problem with? With children who are in special education?"

"Supporting children with special needs, we have continued to hold that funding at a level amount and in the context of a budget proposal that is a 10 percent reduction," DeVos replied.

The congressman interjected, telling DeVos she was not answering his question. And Pocan was not the only lawmaker to condemn DeVos over the proposed budget cuts to special education.

"Once again, I still can't understand why you would go after disabled children in your budget," Rep. Barbara Lee, D-Calif., told DeVos at the hearing Tuesday "You've zeroed that out. It's appalling."

"How can you support this budget? I mean that genuinely," Rep. Rosa DeLauro, D-Conn., the chair of the subcommittee asked.

"The three education budgets from this administration have proposed the largest cuts to education funding in four decades. That's since the department was created in 1979," DeLauro said. "Madam Secretary, I have to say – and maybe it's offensive – shame on you."

DeVos defended the proposal to eliminate Special Olympics funding in a statement Wednesday. While she "loves" the organization's work and has "personally supported its mission," the private nonprofit is "able to raise more than $100 million every year" on its own DeVos said.

"There are dozens of worthy nonprofits that support students and adults with disabilities that don't get a dime of federal grant money," she continued. "But given our current budget realities, the federal government cannot fund every worthy program, particularly ones that enjoy robust support from private donations."

She also said Trump's budget proposal reflects a commitment to the nation's "7 million students with disabilities through a $13.2 billion request" for special education funding – "the same funding level appropriated by Congress."

The Special Olympics is the world's largest sports organization for children and adults with intellectual and physical disabilities. It was founded by Eunice Kennedy Shriver in 1968 and works with more than five million athletes across 174 countries, according to the organization's website. The nonprofit receives some funding from the U.S. government but also has partnerships with several private companies, including Coca Cola, Microsoft, Bank of America and United Airlines.