“Pirro’s lack of temperament and caustic commentary is what she is known, celebrated and frequently criticized for" 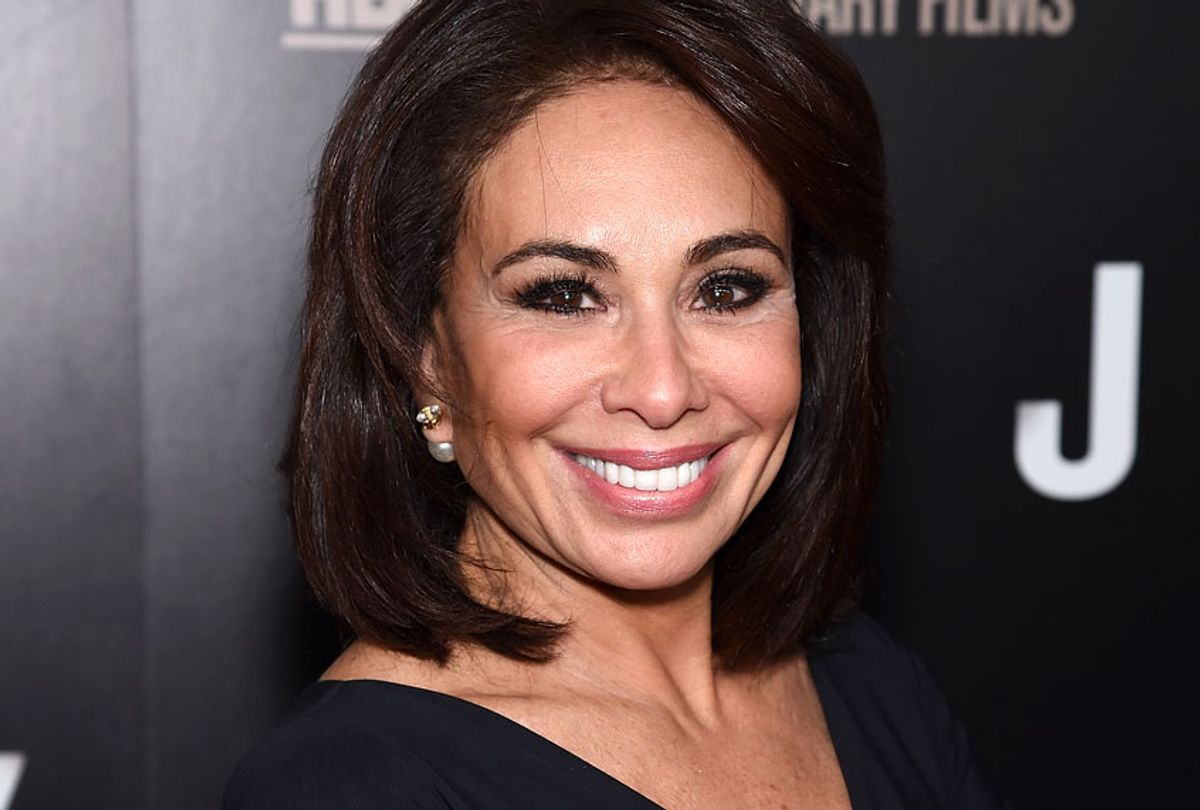 On Tuesday, a New York judge dismissed a defamation lawsuit by Black Lives Matter activist DeRay McKesson against Fox News commentator Jeanine Pirro — on the grounds that her show is so notoriously “loud” and “caustic” that nothing on it could be construed as defamation.

According to the New York Daily News:

McKesson, who is also a noted speaker and podcast host, sued Pirro in December 2017 for claiming on-air that he had “directed” violence against a Baton Rouge police officer. McKesson said that wasn’t true.

Pirro argued that she was merely expressing the opinion that the injured officer could sue McKesson, arguing he is liable for the officer’s injuries.

Manhattan Supreme Court Justice Robert Kalish agreed that Pirro had the right to express such an opinion, and noted that Pirro’s own lawyer had described her shtick as “loud, caustic and hard hitting.”

“Pirro’s lack of temperament, and caustic commentary is what she is known, celebrated and frequently criticized for,” Kalish wrote.

Kalish did appear to acknowledge that there was a clear racial element in Pirro’s attack on McKesson, saying that “This Court is not blind to the undertones in this segment.” Nonetheless, Kalish found that Pirro’s words were protected speech.

While the situation clearly represents a legal gray area, the judge’s decision is not without its own risks, as attacks from Fox News personalities have caused serious harm. Most famously, in 2009, abortion doctor George Tiller was fatally shot at his own church in Kansas after weeks of inflammatory invective from then-Fox News primetime host Bill O’Reilly, who declared him “Tiller the Baby Killer,” called his clinic a “death mill,” and equated him with the Nazis, al-Qaeda, and pedophiles.

Pirro, a former prosecutor and local judge, has faced controversy recently over a segment attacking Muslim congresswoman Ilhan Omar (D-MN), in which she speculated that Omar’s wearing of a traditional hijab is “indicative of her adherence to Sharia law, which in itself is antithetical to the United States Constitution.” Fox News released a statement saying that “we strongly condemn” Pirro’s comments, and she has not been back on the air since.