Sophie Turner: Working with Bryan Singer on "X-Men" was "unpleasant"

The actress was introduced as Jean Grey in the Singer-directed "X-Men: Apocalypse" 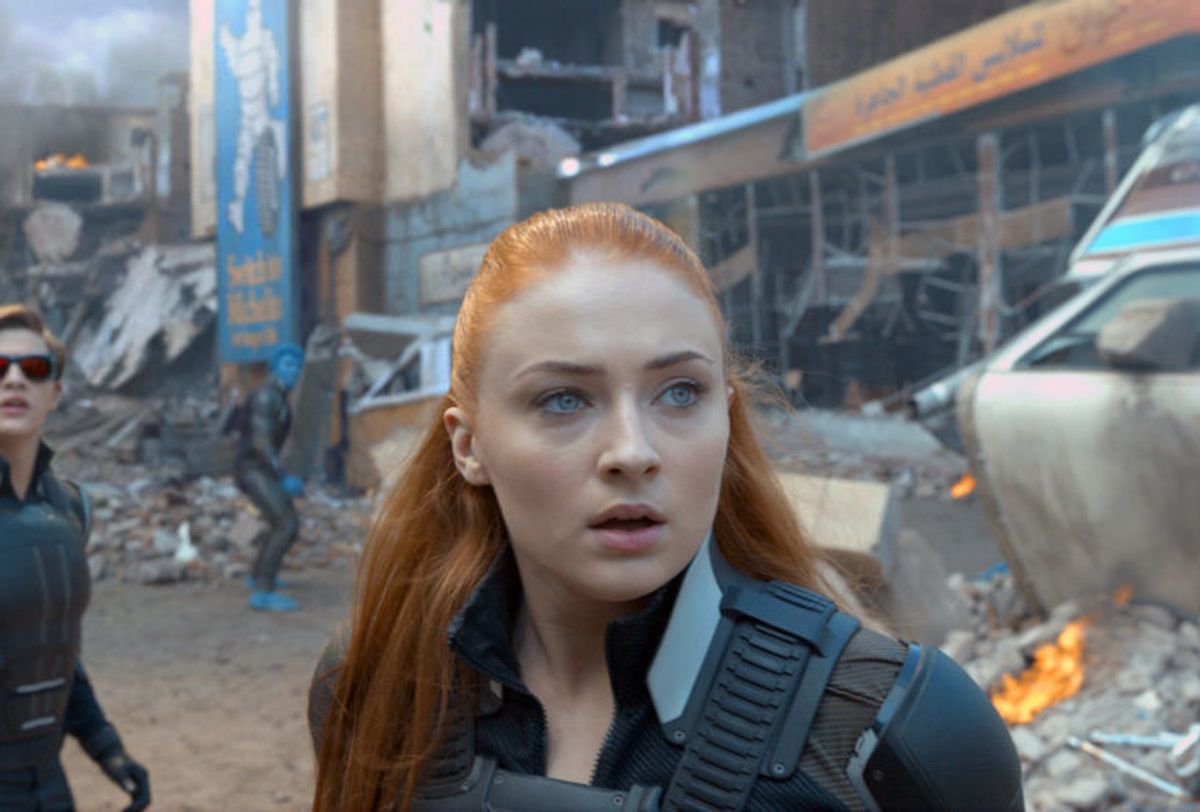 Nearly two months after Rami Malek spoke critically of working with Bryan Singer on the set of “Bohemian Rhapsody,” “Game of Thrones” actress Sophie Turner is doing the same about her time working with the filmmaker on the superhero tentpole “X-Men: Apocalypse.” Turner made her debut as the “X-Men” character Jean Grey in the film. In a new cover story with Rolling Stone, Turner is asked about working with Singer and bluntly answers: “Our time together was, like Rami said, unpleasant.”

Singer was accused of sexual misconduct by five men in a report published by The Atlantic in January. The allegations were the latest in a long timeline of sexual harassment and abuse claims made against Singer that dates back to at least 1997, when the director was sued during the making of “Apt Pupil” for allegedly filming minors naked without permission. Prior to the Rolling Stone interview, Turner had not publicly spoken about working with Singer in the aftermath of the latest allegations. The actress did not speak further about the specifics of her “unpleasant” working relationship with the director and instead related her time in Hollywood to her “Thrones” character, Sansa Stark.

Read more IndieWire: All Rami Malek Can Say About Working With Bryan Singer Is ‘It Was Not Pleasant, Not at All’

“There’s a lot of Sansa in me,” Turner said. “You go into something and you think it’s going to be a huge dream, and then you figure out, ‘Oh, wait. I have to be very strategic about everything. And Harvey Weinstein is Joffrey or Ramsay. Probably worse than that. A White Walker.’ ”

Malek said about as much as Turner did when asked in February about working with Singer, who directed nearly all of “Bohemian Rhapsody” before being fired by 20th Century Fox a few weeks before the end of filming. Malek reportedly fought with Singer on set about the creative direction of the film, with one fight getting so heated it allegedly ended with Singer throwing an unspecified object on set.

“In my situation with Bryan, it was not pleasant, not at all,” Malek said during an interview at the Santa Barbara Film Festival. “And that’s about what I can say about it at this point. For anyone who is seeking any solace in all of this, Bryan Singer was fired. Bryan Singer was fired, I don’t think that was something anyone saw coming but I think that had to happen and it did.”

Turner is reprising her role as Jean Grey in this summer’s “Dark Phoenix,” which is directed by Simon Kinberg. The film is opening nationwide June 7.