The blemishes on this most under-appreciated planet are giant storms and they last up to six years, new study says 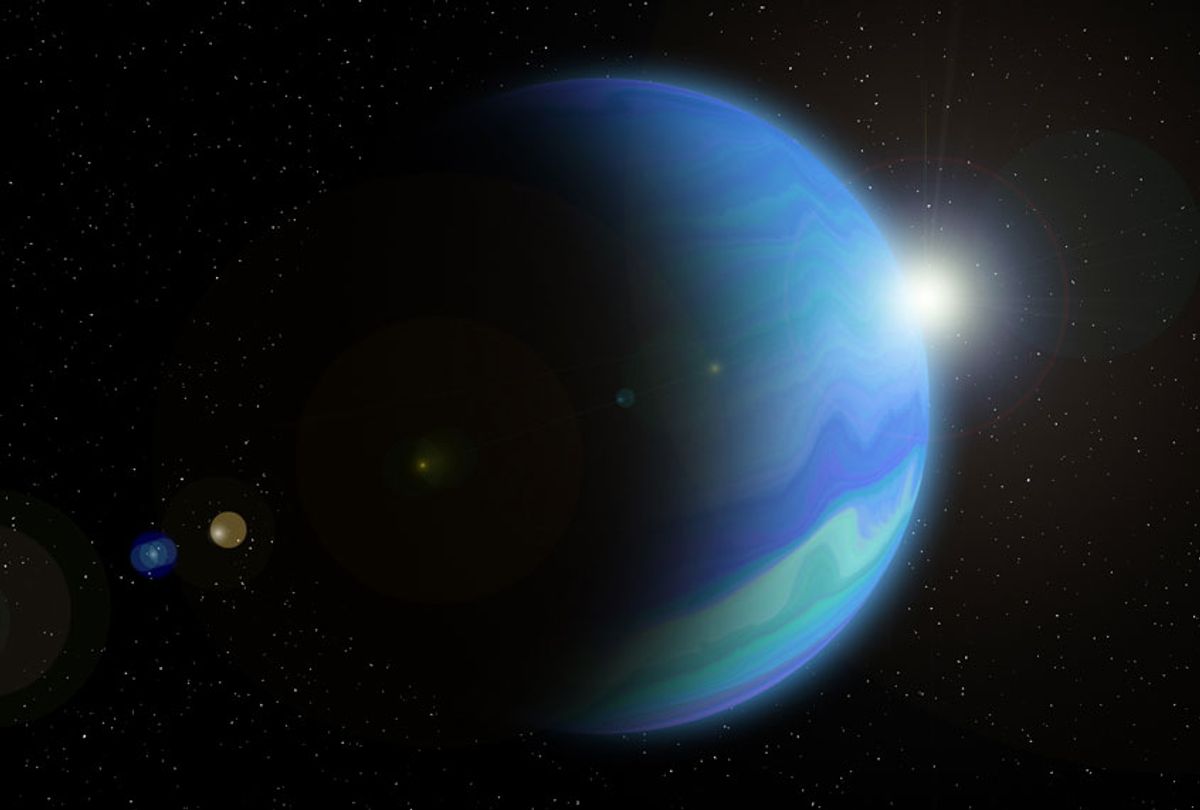 To date, six dark vortexes have now been identified on Neptune, but little information is known about how they form and how long they exist. Lucky for space enthusiasts, researchers published two papers this week providing more insight into these mysterious storms that occur on our solar system’s densest giant planet. This is the first time researchers have observed the formation of  dark vortexes on Neptune.

Researchers published their findings in two separate journals: Geophysical Research Letters and Astronomical Journal,  which analyzed data provided by the Outer Planet Atmospheres Legacy (OPAL) of NASA's Hubble Space Telescope program. Their findings used Hubble’s images which have chronicled the growth of the dark spots over the last several years.

In 2018, the Hubble Space Telescope discovered a new Great Dark Spot on Neptune. It was described to be the same shape and size as the one observed by Voyager 2 in 1989. At the time, Amy Simon, a planetary scientist at NASA’s Goddard Space Flight Center, and her colleagues were studying a smaller spot that appeared in 2015. The sixth dark spot surprised the researchers.

“One of the things that surprised me the most was that as we were getting observations from Hubble in previous years there was no indication that a storm was going to appear,” Simon, who is also the lead author of the study published in the journal Geophysical Research Letters, told Salon. “In one way they kind of appear overnight, in reality what we saw in that same region there was some indication of high-pressure clouds, that it was building up, but we could not see it yet in the atmosphere.”

She likened it to being similar to a hurricane forming on Earth.

“We were seeing the qualities, like a tropical depression, but it wasn’t until the full storm formed that we could see it,” she said.

Simon and co-authors Michael Wong and Andrew Hsu at the University of California Berkeley observed methane clouds from 2016 to 2018 and concluded in one of their papers that clouds were brightest in 2016 and 2017, before the new Great Dark Spot appeared. Using computer models to simulate Neptune’s atmosphere, the researchers discovered that since the brightest clouds appeared before the big storm, and that they lost brightness when it did appear, big spots on Neptune could likely originate deeper in the planet’s atmosphere.

Hsu told Salon he was surprised that the new dark spot was very similar to the 1989 one, too.

The researchers concluded  in the Astronomical Journal that they suspect new storms occur on Neptune every four to six years. Each one has a two-year lifespan, but can last up to six years, too.

This is a big difference from Jupiter’s Great Red Spot, which has been a 350-year storm.

Researchers hope by better understanding planets in our own solar system, they will be better equipped to understand how our planets formed, which will help when studying exoplanets, planets outside the solar system, as well.

“If you study the exoplanets and you want to understand how they work, you really need to understand our planets first,” Simon said. “We have so little information on Uranus and Neptune.”