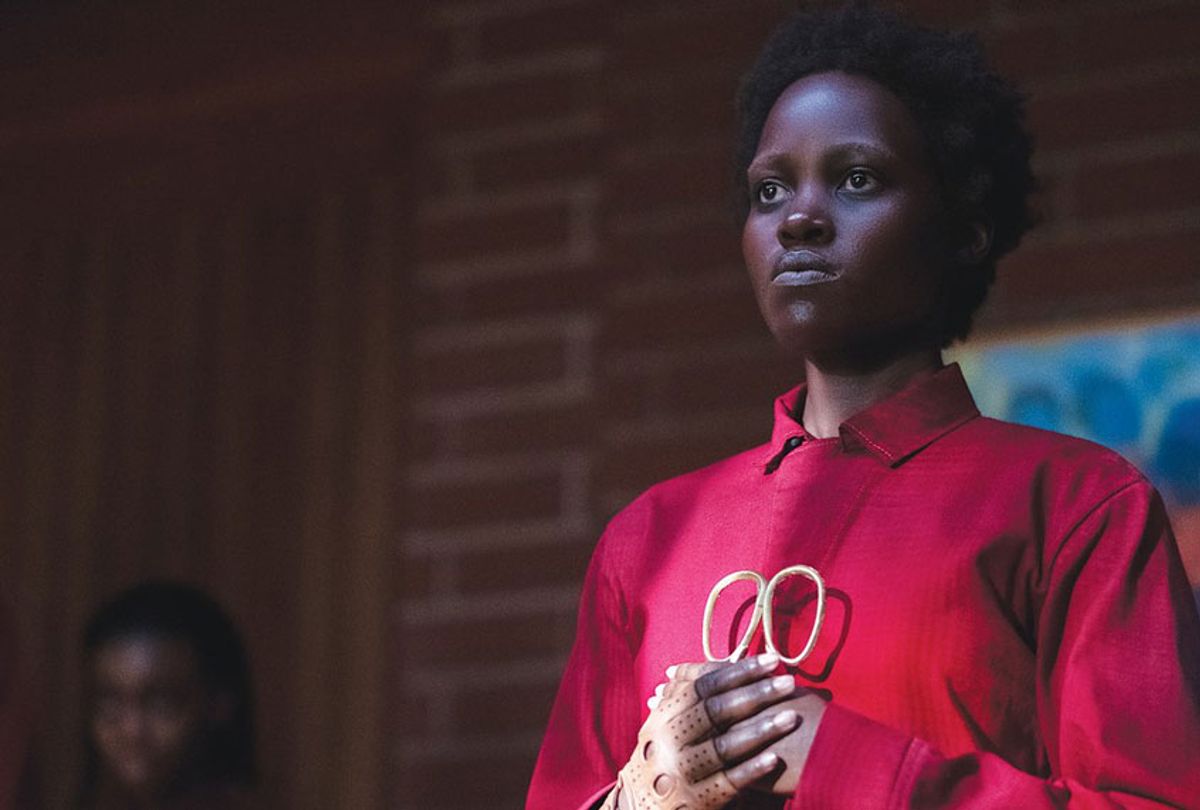 Lupita Nyong'o in "Us" (Universal Studios)
--

Jordan Peele’s “Us” is coming under fire from disability organizations such as the National Spasmodic Dysphonia Association (NSDA) and the nonprofit group RespectAbility, which fights stigmas and advances opportunities for people with disabilities. Both groups have criticized the record-breaking horror movie over Lupita Nyong’o’s choice to use spasmodic dysphonia as inspiration behind the voice of her murderous doppelgänger character, Red.

Nyong’o revealed in a New York Times profile published online shortly before the release of “Us” that she got closer to nailing Red’s voice after attending a fashion event where Robert F. Kennedy Jr. was speaking. Kennedy Jr. suffers from spasmodic dysphonia, described as a “neurological disorder that causes involuntary spasms of the larynx.” Nyong’o decided to create her evil “Us” voice for Red around an “amplification” of this disorder.

Jennifer Laszlo Mizrahi, president of RespectAbility, a national nonprofit organization fighting stigmas and advancing opportunities for people with disabilities, issued a statement criticizing Nyong’o for using spasmodic dysphonia as a foundation for the film’s antagonist. “Connecting disabilities to characters who are evil further marginalizes people with disabilities who also have significant abilities and want to contribute to their communities just like anyone else,” Mizrahi said.

The NDSA issued its own lengthy statement condemning the decision made by Nyong’o. “One of the toughest parts of having a disability is that people make assumptions based on the way you walk, talk or act, sometimes with little understanding of what is causing it,” the organization said. “We understand that hearing the unique sound caused by symptoms of spasmodic dysphonia was the spark of inspiration for the voice of this character. What is difficult for us, and for the thousands of people living with spasmodic dysphonia, is this association to their voice with what might be considered haunting.”

Read more IndieWire: How ‘Us’ Breakout Song ‘I Got 5 on It’ Almost Appeared on ‘The Wire’

Nyong’o had mentioned to Variety that she also used spasmodic dysphonia for inspiration since the character was struggling with trauma, but the NDSA said that reasoning does not check out. According to NDSA executive director Kim Kuman, “For so long, people were told that it’s psychological — and it’s not. It’s neurological.”

“Spasmodic dysphonia is not a creepy voice; it’s not a scary voice,” Kuman added. “It’s a disability that people are living with and shouldn’t be judged upon.”

IndieWire has reached out to representatives for Nyong’o and Kennedy for further comment.