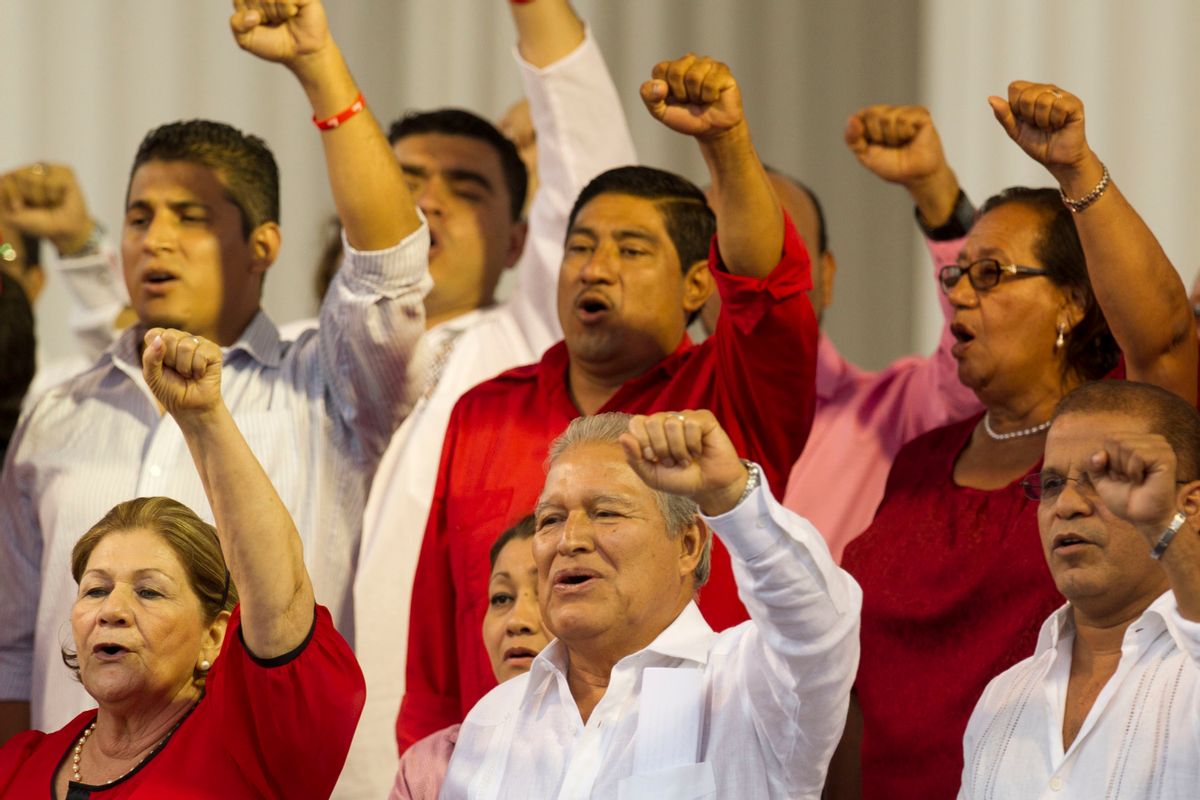 Legislators in El Salvador are considering granting amnesty to those accused of crimes committed during the country’s brutal civil war in the 1980s. The legislation would drop all ordinary criminal charges arising from the war, and it would shield anyone convicted of war crimes from imprisonment.

The move by conservatives in El Salvador’s Parliament comes as 20 former senior military officers have been charged with an array of crimes, including murder, rape and kidnapping. In December, a judge cleared the way for the men to also be tried on charges of war crimes and crimes against humanity.

Lawmakers succeeded once before in adopting legislation granting wide amnesty to those accused of often ghastly crimes during the war. In 1993, the Parliament voted to block prosecution of crimes committed during the war, a law that remained in place until the country’s top court ruled it unconstitutional in 2016.

Last Saturday, the families of four American Roman Catholic missionaries raped and murdered by soldiers during the civil war sent an open letter to Salvadoran legislators urging them to vote against any proposed new amnesty. The next day, the Roman Catholic archbishop of San Salvador issued a statement calling on legislators to reject what has come to be called the Law of Reconciliation. He called it “totally unjust” and said that “instead of protecting and consoling the victims,” it would “protect the perpetrators, granting them impunity.”

The current American ambassador, Jean Manes, did not respond to a request for comment on the possible legislation.

But Manes has supported prosecution of the 20 former military officers. The accused officers include members of the Atlacatl Battalion, the Salvadoran army unit that perpetrated one of the worst massacres in recent Latin American history, killing hundreds of old men, women and children during an operation in El Mozote and surrounding villages in December 1981. Victims’ families, acting as private prosecutors under Salvadoran law, also filed charges against senior military officials, including the former secretary of defense.

In a confidential cable to Washington, Manes wrote that she had been told that “sufficient evidence exists to demonstrate culpability of crimes against humanity and war crimes at El Mozote.” (The cable was released in response to a FOIA request from the University of Washington Center for Human Rights.) The El Mozote trial “may provide a barometer for the ability of the Salvadoran justice system to tackle its complex history and stubbornly entrenched impunity,” Manes wrote.

The civil war in El Salvador was bloody, dirty and long. More than 75,000 Salvadorans were killed — peasants, students, old men, women, children — with more than 80 percent of those deaths coming at the hands of the army, its paramilitaries and death squads, according to a United Nations-backed truth commission. An archbishop was assassinated; three American nuns and a lay missionary were raped and murdered; four Dutch journalists were executed in a targeted ambush; six Jesuit priests, their cook and her 6-year-old daughter were shot at point-blank range by soldiers from an American-trained battalion. During the war, the Salvadoran army, backed by the United States, raped, pillaged, plundered and killed with impunity. No officers, and only a handful of enlisted men, were prosecuted.

At the time of the El Mozote massacre — which was first reported by journalists for The New York Times and The Washington Post — the American ambassador in El Salvador, Deane Hinton, sent a cable to Washington saying there was no evidence to confirm that civilians had been systematically killed and playing down the gravity of the killings. Elliott Abrams, then the assistant secretary of state for human rights, and who was recently named by President Donald Trump as his special envoy for Venezuela, dismissed reports of the massacre as Communist propaganda. (In 1982, in testimony before the Senate Foreign Relations Committee, Abrams called El Mozote an incident which is at least being significantly misused, at the very best, by the guerrillas.”)

The search for justice by the families of the massacre victims has been arduous. In 1991, at the request of the archbishop’s legal aid office, a court began taking statements from witnesses, and it allowed a team of forensic anthropologists from Argentina to begin exhumations.

The exhumation of the convent behind the church in El Mozote was the most harrowing. Two weeks before Christmas in 1981, soldiers first separated the village’s men, hauled them off, and tortured and executed them. They then herded the women and children into the convent. Using American-supplied M16 assault rifles, they opened fire; then they burned the building, the falling beams crushing the skulls of those who weren’t already dead. A decade later, after painstakingly clearing away the grass and dirt that had overgrown the site, the Argentine team found the bones of 136 children and adolescents. Some were barely old enough to crawl. Average age: 6. The women were between 21 and 40. One was in her third trimester of pregnancy.

But the amnesty protections became law in 1993, and they withstood an initial challenge in the country’s Supreme Court. Human rights advocates turned to the Inter-American Court of Human Rights. There was no dispute as to the facts, the court eventually held in a 152-page opinion. As part of a counterinsurgency scorched-earth policy, “the Armed Forces executed all of those persons it came across: elderly adults, men, women, boys and girls, they killed animals, destroy and burned plantations, homes, and devastated everything community-related.”

The court also found that the amnesty violated international law. In a second hearing before the Salvadoran Supreme Court, advocates pressed that argument and persuaded the judges to declare the amnesty unconstitutional.

Today, some of the main supporters of the latest possible amnesty legislation have resumes tainted by accusations of human rights abuses during the war. The principal sponsor, Rodolfo Parker, secretary general of the Christian Democratic Party, was accused by a United Nations truth commission of seeking to cover up the responsibility of senior military officers in the murder of the Jesuit priests.

Parker, who was never prosecuted, has called the claims against him false.

Political parties supporting amnesty have enough votes in the assembly to pass the law, according to an analysis by El Faro, an online news organization, which first published a draft of the proposed law.