NRA official Mark Richardson encouraged Alex Jones ally to explore Parkland: "There is so much more to this story" 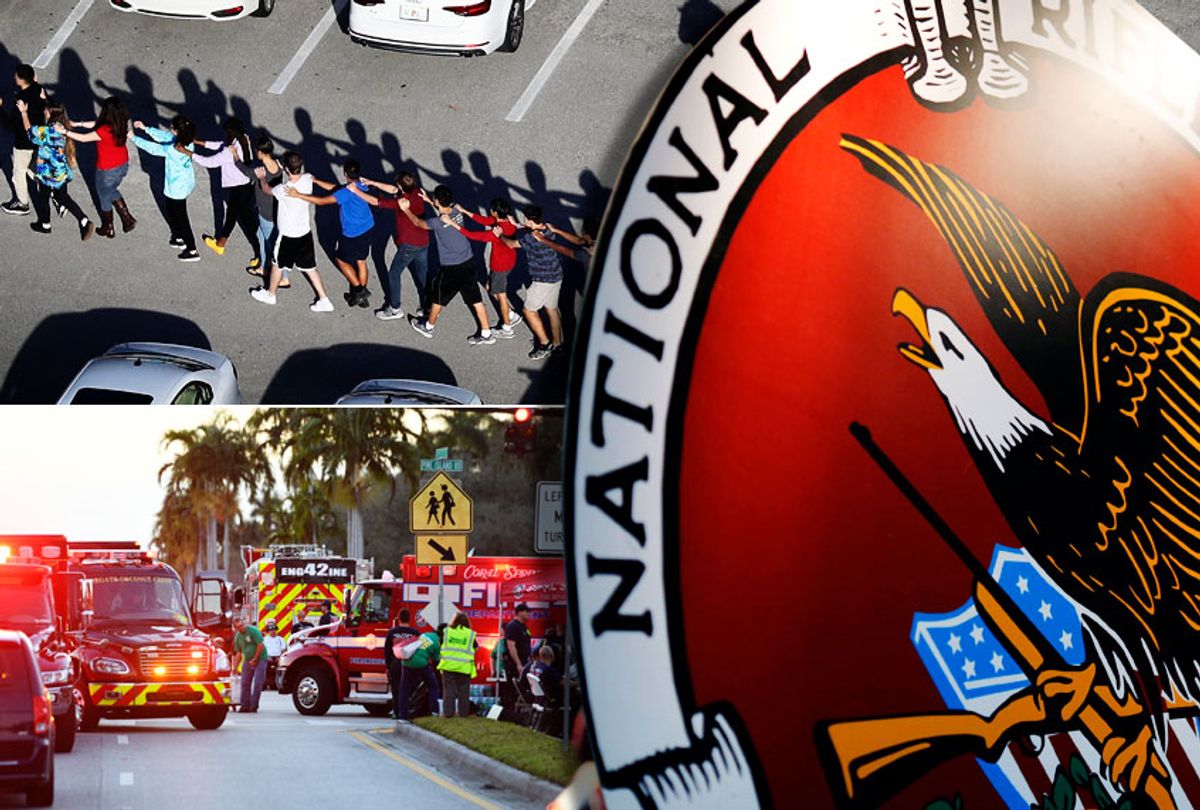 Newly released emails revealed that Mark Richardson, a longtime training instructor and program coordinator with the NRA, corresponded with a notorious Sandy Hook conspiracy theorist to urge him to question the Parkland school shooting, HuffPost reports.

Emails obtained by the outlet revealed that Richardson had conversations with Wolfgang Halbig, an Infowars-allied conspiracy theorist who denied that the massacre in Newtown, Connecticut, had happened and harassed the parents of the children killed in Sandy Hook Elementary School. Richardson apparently tried to push Halbig toward similar questions about the shooting at Marjory Stoneman Douglas High School last year, where 17 people were murdered.

“Just like [Sandy Hook], there is so much more to this story,” Richardson wrote in an email from his official NRA address one day after the Parkland shooting. “[The Parkland shooter] was not alone.”

The emails were obtained as part of the discovery process in a lawsuit against Infowars founder Alex Jones, who alleged that the Sandy Hook shooting never happened and the victims and parents were all “crisis actors.” Jones faces multiple lawsuits after parents of the children killed in the shooting were repeatedly harassed by his followers.

In the emails, Richardson, who has worked for the NRA since 2006, argued that Parkland Nikolas Cruz shooter must have had accomplices.

“How is it that Cruz was able gain access to a secured facility while in possession of a rifle, multiple magazines, smoke grenades and a gas mask?” Richardson asked. “To pull the fire alarm, he had to already be inside. Correct? When my Children were in school the only way into the school was through the front door and past the main office. We have been told that he was. Prohibited from entering the building With a backpack.  No longer a student, why was he allowed in the building at all? Where was all the equipment, in his back pocket? Just like SH, there is so much more to this story. He was not alone.”

Later that day, Infowars published a story titled “Second Shooter Reported in Florida Massacre.” Jones is facing another defamation lawsuit after he falsely identified someone with a similar name as the suspect in the Parkland shooting.

Richardson told HuffPost that he was simply asking questions in the email.

“Since an individual who was prohibited from the school was aloud [sic] to pass through the front doors with a backpack containing a long gun, it is a legitimate question to ask if he had assistance concerning access to the school,” he told the outlet by email. “No one else seems to be interested enough to even ask the question?”

Halbig appears to have taken Richardson’s email as a sign of his own legitimacy, bragging in a reply that he can “no longer be called a FRAUD.”

In emails sent to friends after the exchange, Halbig wrote, “after 4 years of emailing the NRA I finally got a response in light of the Broward County School Shooting.”

Halbig was among the leading figures pushing the Sandy Hook conspiracy theory, bombarding Newtown officials with open records requests demanding an account of the cleanup of “bodily fluids, brain matter, skull fragments and around 45-60 gallons of blood,” the New York Times reported.

In an email to Richardson in 2018, Halbig cited in capital letters the name of Avielle Richman, a six-year-old girl killed in the Sandy Hook massacre, who Halbig has claimed did not die in the shooting.

On Monday, Avielle’s father, Jeremy Richman, died of an apparent suicide at the Edmond Town Hall in Newtown.