Why is the gun rights group expanding into other countries? 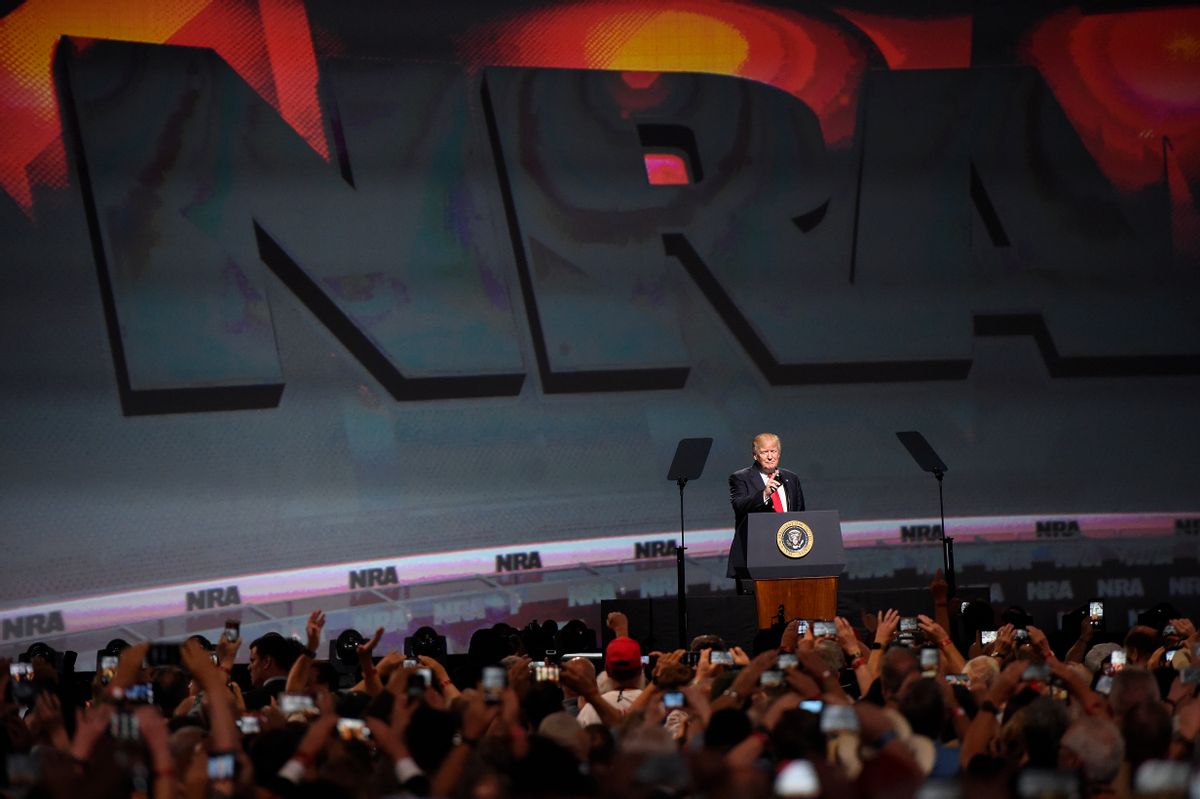 In recent years, the National Rifle Association — which since the 1970s has taken a famously hardline stance for relaxing gun laws in America, with deadly consequences — has no longer been content to litigate the gun control debate at home. Increasingly, the organization has turned its focus abroad.

A recent Al Jazeera investigation revealed that NRA officials recently advised Australia’s One Nation Party, an extreme-far right group, on their plan to ease the strict gun control the nation passed in the wake of the 1996 Port Arthur massacre. Pro-NRA social media accounts are also flooding New Zealand with pro-gun propaganda as the nation prepares to pass a similar ban on semiautomatic weapons in the wake of the Christchurch mosque shooting. NRA officials have also lobbied the Mexican Senate, and — as the Maria Butina saga shows — were open to partnerships with Russia as well.

So why is the NRA expanding into other countries? It could be similar to what happened with tobacco companies, but in reverse.

The second half of the 20th century in America saw a series of successful public health outreach, lawsuits, and regulations that reduced smoking. Tobacco companies responded by expanding their business abroad into countries where regulations are looser. Conversely, the NRA, as the firearms industry faces restrictions abroad, may be forming financial partnerships with foreign companies to get them to export more guns to America, where the market will be more receptive.

As Guns Down America director Igor Volsky explained in a Washington Post editorial, this strategy has been lucrative:

For those manufacturers, cultivating relationships with the American gun lobby is paramount for business. Who, after all, will defend foreign gun manufacturers after their firearms are used in mass shootings here in the United States and ensure that the market for American customers remains unrestricted? The alleged killer at the Pittsburgh synagogue in October relied on three Austrian Glock .357 handguns (along with a Colt AR-15 rifle). The shooter at Sandy Hook Elementary School used a Glock 10mm handgun and a German SIG Sauer P226 9mm handgun as well as an American-made assault weapon to kill 26 people.

So it’s no surprise that in 2008, Beretta, an Italian gun manufacturer, pledged to donate $1 million to the NRA. Belgian FN Herstal gave as much as $200,000 to the lobby in 2013. Glock donated at least $115,000 during 2011, and both Glock and Beretta are part of the lobby’s Golden Ring of Freedom, an elite circle for donors that gift $1 million or more. SIG Sauer is also part of that club.

All of this has consequences, for just as guns within America travel from states with looser gun laws to those with stricter, so this pattern also occurs on the international level. “From 2014 to 2016, across 15 countries in North America, Central America, and the Caribbean, 50,133 guns that originated in the United States were recovered as part of criminal investigations,” states a 2018 Center for American Progress report. “Put another way, during this span, U.S.-sourced guns were used to commit crimes in nearby countries approximately once every 31 minutes.” This is likely to get worse, as President Donald Trump is enacting new measures that ease export fees for guns and makes it harder to track where American guns are used.

The NRA, it seems, wants to enact its vision of arming everyone on a global scale — revealing that their real battle is not for American rights but for money.