Trump desperately wants the U.S. in another space race that simply doesn’t exist 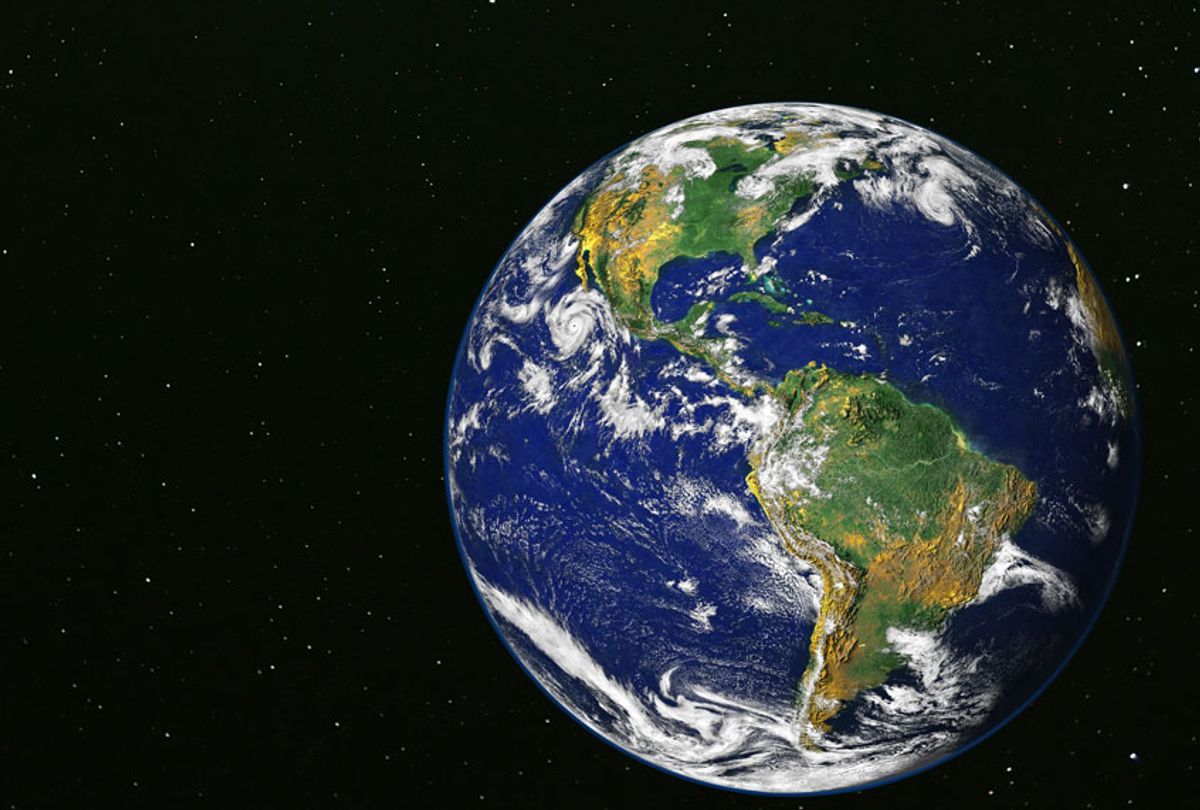 Donald Trump threw NASA for a loop shortly after taking office when he directed them to find a way to get humans back on the Moon. Putting astronauts on the Moon is obviously easier said than done, but NASA has been piecing together how such a mission might work ever since.

Now, at a meeting of the National Space Council in Alabama this week, Trump ordered Mike Pence to light a fire under NASA and speed up the process. Repeatedly pointing out that he was essentially relaying the wishes of Trump, Pence told the gathering of scientists and reporters that NASA will have a mere five years to get Americans back on the Moon.

Read more BGR: Man who got cancer from RoundUp weed killer will get $80 million

During his speech, Pence — who doesn’t believe in evolution, but is addressing some of the sharpest scientific minds of our day — alluded to NASA falling behind countries like Russia and China in space technology.

Pence notes that China landed on the far side of the Moon last year and that Russia has been carrying NASA astronauts into space for many years. Calling them “adversaries,” Pence demanded that NASA work harder to achieve a Moon landing by 2024, well ahead of previous estimates that put the mission closer to 2028.

NASA has been to the Moon already, of course, back in the late 1960s, and into the 70s. The Apollo program was born out of Cold War tensions and a race between the U.S. and the Soviet Union to advance their respective technologies as rapidly as possible. Planting the flag on the Moon was the finish line, and the United States won.

Today, things are a lot different. The space agencies of Russia and China can hardly be considered adversaries.

Russia and the United States share the International Space Station, working in tandem on many scientific efforts, and while Russia does charge the United States for seats into space on Soyuz spacecraft, Russia’s Roscosmos has been remarkably accommodating. Without Russia, there would be no NASA astronauts in space whatsoever.

Meanwhile China, which is just beginning to stretch its space legs, has been open to working with NASA and sharing information. The U.S. routinely shies away.

The United States was instrumental in banning China from the International Space Station, but China isn’t holding any grudges. In fact, China’s far-side Moon rover landing that Pence used as a scare tactic in his speech has proven to be a boon for NASA, with China agreeing to let NASA use its new satellite relay system for future U.S. missions to the Moon.

The truth of the matter is that scientists and engineers working on space technology don’t really care about political alliances today, if they ever really did. This is apparent in the behind-the-scenes work being done between countries, such as NASA’s close relationship with the European Space Agency, which also works closely with China’s space agency, Japan’s JAXA, and countless others.

We’re all in this together, regardless of what elected officials would have us believe. The quest for knowledge and discovery doesn’t abide blowhard political rhetoric, and when NASA returns to the Moon it won’t be in spite our so-called “adversaries,” it will be because of them.

Read more BGR: SpaceX is inching closer to launching its Starhopper for the first time

That’s not to say NASA doesn’t have its own problems to deal with, such as Boeing’s seeming inability to deliver on promises it made over a decade ago with the Space Launch System or, more recently, the Starliner spacecraft. The U.S. government shovels money down the throats of its contractors and routinely gets delays and cancellations in return.

It doesn’t help that, even as it allocated a relatively meager amount of money towards a Moon visit, the current administration is gutting other NASA projects including educational efforts that could be producing the next crop of American scientists. The focus, it seems, is to force NASA to do something great with the modest resources it has available, and to push away any other country that wants to help.