"I'm proud of him," the actress said. "The message of redemption is important" 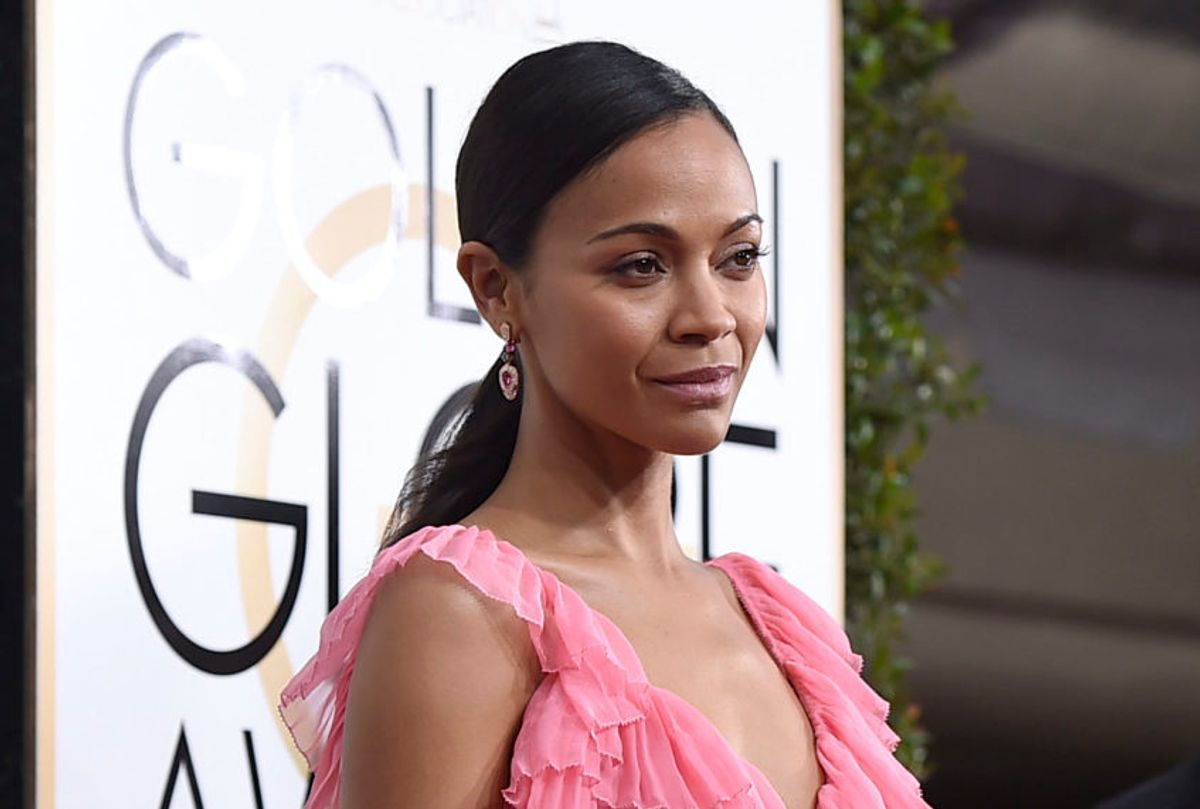 Zoe Saldana reacted positively to news Disney had re-instated James Gunn as director of “Guardians of the Galaxy Vol. 3” after firing him for controversial past tweets. The actress has starred in the previous two films in the blockbuster Marvel offshoot and is attached to the third. Saldana plays Gamora, a righteous assassin trained by supervillain Thanos in the action-comedy franchise.

“I’m proud of him. I’m happy that he’s coming back,” Saldana said, speaking to ET about Gunn’s re-hiring. “I’m so proud of Disney, actually, that all the leaders right now behind that big corporation decided to lead by example, and spreading the word and the message of redemption is important.”

Disney and Marvel announced Gunn had been re-hired to write and direct “Guardians of the Galaxy Vol. 3″ earlier this month.

In July 2018, a number of tweets dating back to 2009 in which Gunn joked about pedophilia, homophobia, rape, and September 11 resurfaced and Disney quickly severed ties with him. “As I’ve developed as a person, so has my work and my humor,” he said in a statement at the time. “I am very, very different than I was a few years ago; today I try to root my work in love and connection and less in anger. My days saying something just because it’s shocking and trying to get a reaction are over.”

Read more IndieWire: James Gunn Will Write and Direct 'Guardians of the Galaxy Vol. 3' After All

The “Guardians” cast supported Gunn throughout, including Saldana, Chris Pratt, Bradley Cooper, Vin Diesel, and more, who expressed their support in an open letter asking that he be reinstated as director. Wrestler-turned-actor Dave Bautista went so far as to threaten to quit the franchise if Disney didn’t rehire Gunn.

Saldana showered more praise on the studio that employs her, expressing her love for Brie Larson’s successful outing in “Captain Marvel.” “I loved it so much. I’m so proud of her, I’m so proud of Marvel Studios,” she said. “I’m also so happy that the public received it and they really supported it, because that was the main part of this whole equation. We need to go and support these movies with female leads in order for our corporations to understand that there is business in investing in female narratives.”

Read more IndieWire: 'Guardians Vol. 3' Will Not be Directed by Taika Waititi: 'Those Are James Gunn's Films'