"The Last O.G." achieves perfect balance of hilarity and real talk in season 2 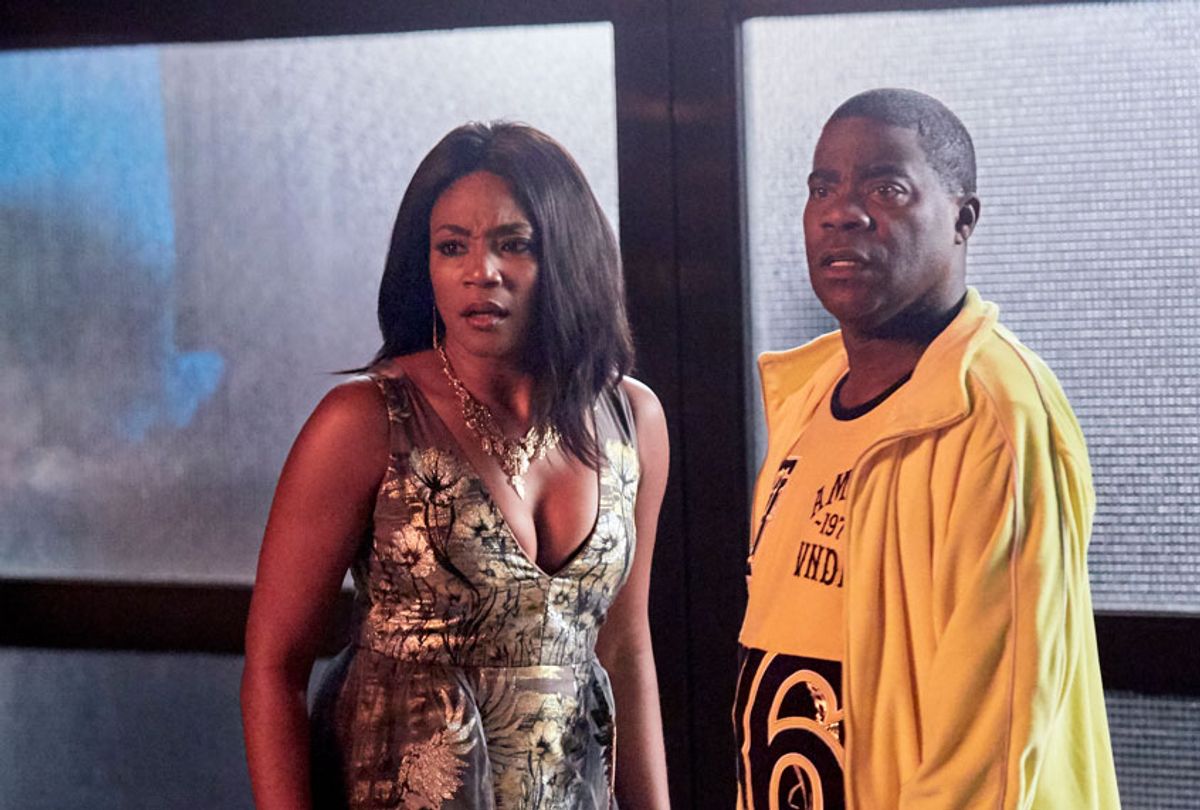 Returning to the much-changed version of a world you once knew requires a psychological shift and, with any luck, an adjustment period granted by those who meet you there. This is as true of “The Last O.G.,” Tracy Morgan’s series about a former felon attempting to start over in a drastically different version of Brooklyn than the one he left behind when he went to prison in 2002, as it is of its hero Tray.

Morgan’s character was outwardly baffled and infuriated at the gentrification of the Brooklyn he not only knew but ran as a crack dealer 15 years ago. The 2017 edition of the borough is lousy with boutiques, artisanal coffee shops and entitled white people. For the stubborn Tray, adapting to this new paradigm in order to achieve his dreams is about as easy as emulsifying oil and water.

Similarly, “The Last O.G.” took a while to find its groove — a full season, in fact. When TBS introduced us to Tray in 2018, it was by way of an unevenly written series that was part gag-fest, part redemption story. Despite its flaws the series earned a measure of patience from viewers due to its cast’s pedigree — specifically Morgan and Tiffany Haddish.

Season two, premiering Tuesday at 10:30 p.m. on TBS, repays that faith with stories that meaningfully explore the experience of a navigating multiple realms of race and class from several perspectives.

“The Last O.G.” was never entirely about Tray. But his journey, which dominates season 1, recedes a touch in these new episodes, leaving room to more fully explore what drives Haddish’s Shay, who goes by Shannon these days.

In this new season Tracy Morgan’s ex-convict Tray has, for the most part, put aside his gripes over Brooklyn’s hipster takeover, a metaphor made flesh by Shay choosing to settle down with a wealthy white guy named Josh (Ryan Gaul) instead of waiting for for Tray to finish serving his sentence. Now Tray has an eye on his own future — he’s determined to realize his dream of becoming an executive chef, with the sometimes unwelcome help of his enthusiastic cousin Bobby (Allen Maldonado).

If “The Last O.G.” feels much more like a fully-cooked product in ways that eluded the first season, it’s because new showrunner Saladin K. Patterson is following the tradition of Tray’s culinary technique, using the ingredients he has in front of him to make a superior product.

Unlike his star character, however, Patterson has premium material already in Morgan, Haddish and Cedric the Entertainer as Mullins, the no-nonsense cheapskate running the halfway house Tray currently calls home.

The comedy’s original showrunner John Carcieri, who co-created the series with Jordan Peele, plied their name recognition and talent to sell broad comedy for the first half of season 1 before leavening the script with harder-hitting themes in later episodes.

But in doing so, “The Last O.G.” at times felt like an impermanent vehicle for the names in the cast as opposed to an intentional view of the people Tray, Shay, their teenaged children Amira (Taylor Mosby) and Shahzad (Dante Hoagland), and Josh represent.

Not so in the five season 2 episodes provided for review, which immediately slice into issues surrounding black single motherhood, white allyship and yes, privilege — class and economic, not merely racial. This blended family contends with all of these concerns together and separately. Better yet, they do so as a functional unit, with Josh and Tray navigating a partnership as fathers — though awkwardly at times — while Shay contends with what it means to be a successful black woman in the business world, one who “made it” while some of the people she grew up with did not.

Television series generally don’t finesse their way through these issues with much subtlety; if they touch them at all, it tends to be as flimsy subplots. Sitcoms are particularly skittish in their approach to issues that they suspect might make viewers just looking to be entertained by their favorite comedians uncomfortable.

But “The Last O.G.” capitalizes on the cultural currency Morgan and Haddish possess with the mainstream audience, and the stars tear into these realities with the kind of emotional honesty only they can deliver.

While Morgan’s Tray faces his own setbacks related to his history as a felon, Shay also deals with her own in these new episodes. Season 1, for example, revealed details about Shay’s troubled relationship with her mother, an addict, without passing judgment with broad strokes.

The second season opener returns to this aspect of Shay’s life — only for a few moments — as it shows the isolation and wrenching struggle she endured in the first years of raising the twins herself, without Tray. We see her mother in those moments; she’s there, and then she isn’t, leaving Shay twice betrayed — first by the father of her children, then by her own parent. This only highlights the talent, determination and sheer luck she was able to harness to better her circumstances.

I also love the show’s portrayal of Josh and Shay’s marriage as a meeting of equally forceful personalities who are still learning from one another. Shay isn’t forced to contort her values or connection to her culture to match Josh, and Josh understands that there are aspects of the way Shay exists in the world that he can never fully comprehend.

One of the funniest and most accurate exchanges in the new season has Josh pointing out to Shay that she scares white people — which is something no black woman appreciates hearing, let alone from her white spouse. But the conversation continues: Shay cops to this, but then points out that he’s not taking into account the incidents that put her over the edge, presented as a “Rashomon” moment that Haddish plays for laughs in one version of the associated flashback and with infuriating seriousness in another.

Very few comedies that are currently on TV intelligently and easily dissect matters of race relations in macro and micro so thoughtfully without killing the mood. The gift of “The Last O.G.” is that it doesn’t force hilarity where it shouldn’t be, nor does it inject sitcom happy endings into every situation.

But it also tells some hard truths about being the beneficiary of economic privilege, particularly through Tray and Shay’s teen children Amira (Taylor Mosby) and Shahzad (Dante Hoagland), black kids who grew up with a white dad in a nice house and attend private school. They learn that this gives them advantages other black kids don’t have, but those advantages are meaningless when they’re confronted by institutional bias that judges them by their skin color first.

In a nifty bit of marketing synergy, the second season of “The Last O.G.” debuts at the same time that a cookbook based on the show hits shelves. This may seem a bit presumptuous for a basic cable comedy that, while popular, is nowhere close to being the kind of TV phenomenon that ordinarily inspires merchandising tie-ins.

But for this show, and for this season, it makes sense. In Tray’s world, a forkful of his famous dessert loaf (a masterpiece of dough, candy and crushed Chex Mix) makes the hard times go down more smoothly. As out front as “The Last O.G.” is about its mission in season 2, the cookbook takes it a step further, including information about incarceration rates, the difficulties ex-convicts face with re-entry, and food deserts, which disproportionately impact people of color, along with tongue-in-cheek recipes slapped with names like Snitches Get Ceviches and Star Witness Knishes. There's even a recipe for Prison Pad Thai that, according to the book, is an actual prisoner creation. ("Taste at your own risk," a warning label reads.)

A section at the end of the cookbook offers information on how to get involved with organizations working to achieve criminal justice reform and nutritional equality for low-income communities. Like the series, its aim appears to be to feed the consumer while slipping in some honest nourishment.

“The Last O.G.” is Morgan’s first major TV project to follow a car accident that nearly killed him, and that real-life scare likely inspired one of Tray’s favorite sayings: “A second chance is a beautiful thing.” So it goes with this sweeter, better batch of new half hours that are well-worth our time.