McDonald’s ends its war against higher salaries, so what does that mean for the minimum wage?

The fast food giant declares it is no longer opposed to a living wage, but no raises are being handed out just yet 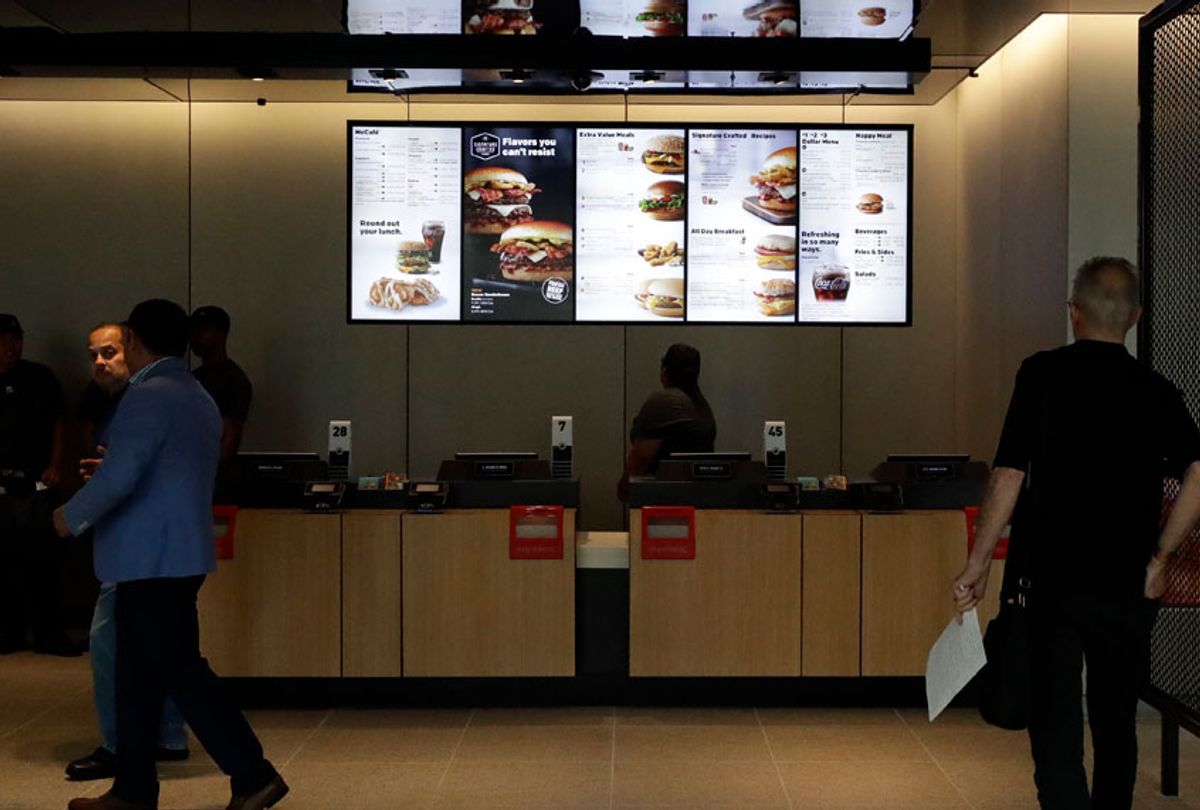 Last week, McDonald’s upended the debate over raising the minimum wage when it announced it would no longer lobby against increasing it. The National Restaurant Association and its state affiliates, which McDonald’s supports, have long been the leading force keeping the minimum wage low and fighting other worker protections like paid sick days and paid family leave.

Conspicuously absent from the McDonald’s announcement, though, was any commitment to raise their employees’ pay. By contrast, last year Amazon raised its pay to $15 an hour and started lobbying in favor of minimum wage increases. Costco, Target and other major employers have also raised their pay to $15 an hour. And the U.S. Chamber of Commerce has signaled its openness to negotiating over a minimum wage increase.

All of these developments mark a dramatic realignment of major low-wage employers on this issue. It shows how a $15 minimum wage – which just a few years ago was questioned as risky – is now a mainstream proposition that is widely viewed as realistic and broadly beneficial by businesses, economists and voters alike.

The McDonald’s announcement is a testament to the fast-food workers of the Fight for $15 who walked off their jobs in 2012 to protest the fast-food giant’s inhumane working conditions and launched the national movement for much higher wages. That movement has already succeeded dramatically at the state level; today 29 percent of U.S. workers reside in states that have approved $15 wages – and 40 percent are in states that are phasing their minimum wages up to $12 or more.

With labor markets tight, higher wage requirements are no longer a big deal for McDonald’s. The company appears more focused on fighting other challenges to its abusive workforce practices, such as arbitrary firings and its workers’ demand for a union to allow them to negotiate for a fair shake.

With business opposition to a higher minimum wage crumbling, does that mean we can hope for bipartisan action for a long overdue wage increase? That was the norm in the U.S. from the 1950s through the late 1970s, when Republicans regularly joined with Democrats to raise the minimum wage. And it’s still true in many countries like the U.K.,where the conservative government raises the minimum wage every year with employer support.

Unfortunately, the rightward tilt of state and congressional Republicans offers little reason for optimism. The newly Democratic U.S. House is now moving to pass a minimum wage increase for the first time since 2007. But Mitch McConnell’s Senate Republicans and the Trump Administration continue to oppose raising the minimum wage – and are fighting most other action to protect workers, like paid family leave and equal pay. In the states, Republican-controlled legislatures are similarly trying to roll back minimum wage increases and block cities from raising wages, despite overwhelming voter support for action to raise wages.

Which means that voters may have to speak again before our minimum wage finally gets unstuck. New polling shows that 65 percent of voters in battleground congressional districts want a $15 minimum wage and will favor candidates that support it. And 76 percent of voters in battleground districts favor restoring overtime pay – and oppose President Trump’s proposal to water down that Obama-era middle-class raise.

President Trump and the slim Senate majority will be seeking reelection in 2020 on a record of dismantling worker protections at every turn – including their latest attempt totake healthcare away from millions by striking down the Affordable Care Act. This record proved deeply unpopular with voters in the 2018 midterms. It may take one more strong electoral message to break the stranglehold on worker paychecks.

Paul Sonn is the state policy program director of the National Employment Law Project. He has years of experience advocating for employment policy reform at the federal, state and local levels across the United States, and has been a leading advisor to the minimum wage and living wage movements.