Republicans find Donald Trump’s "erratic behavior" to be "maddening." Why do they still defend him? 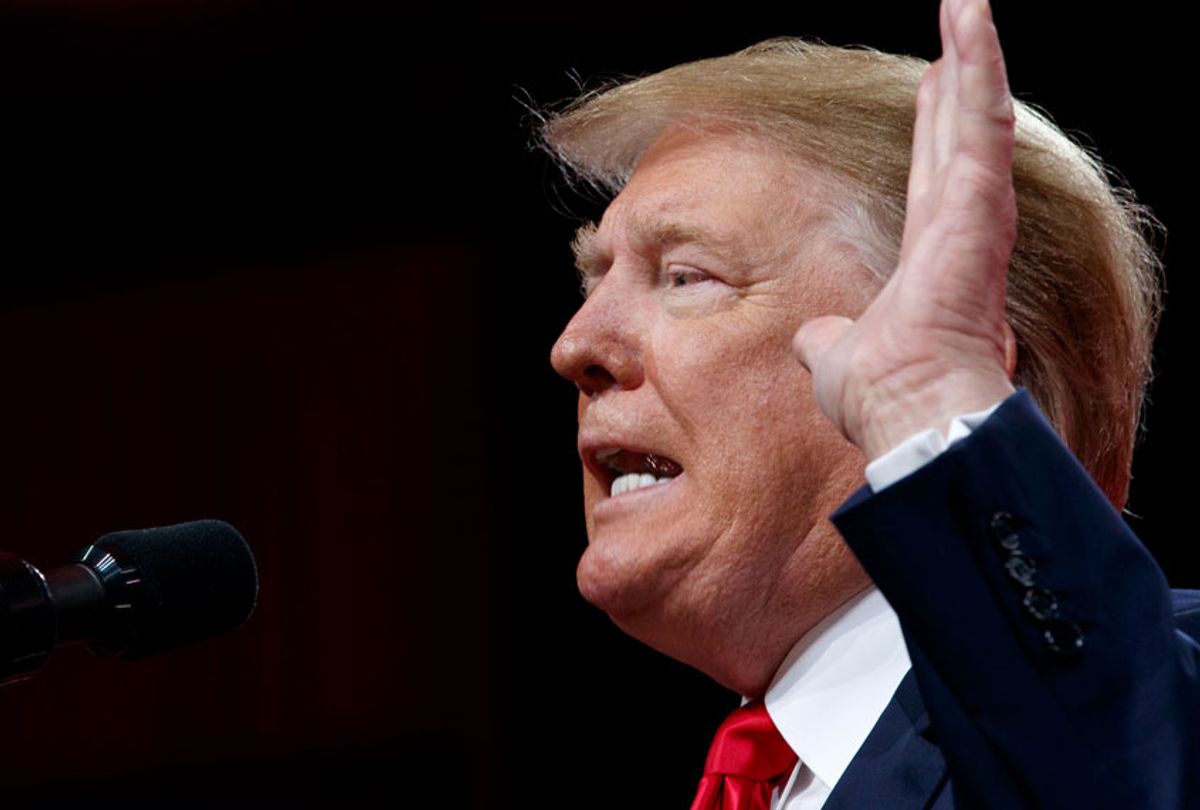 President Donald Trump is not easy to work with, but somehow he retains the devoted loyalty of most Republican lawmakers — including those who have fought and insulted him in the past.

A new CNN report Monday examined this dynamic, particularly as Trump is lurching into another health care fight that few Republicans want and many fear could damage the party. Reporter Lauren Fox noted that this move comes not long after the president torpedoed the party’s funding priorities at the end of 2018 and forced a five-week long government shutdown with no upside.

“In interviews with more than a dozen Republican lawmakers and aides, most agreed Trump’s erratic behavior can at times be maddening,” Fox wrote. “But as much as Trump can keep them guessing, he’s as accessible as any President they can remember.”

She noted that the lawmakers generally find Trump likable, charismatic, and “hard to stay mad at.” They talk fondly of the fact that he is happy to talk to them on the phone, even at odd hours, when they need. And always the showman, he offers tours of the White House residence and Oval Office, and makes them feel important.

“It’s just really, really good access and that makes such a difference when you’ve got to make decisions or trying to weigh things,” Sen. Jim Risch (R-ID) said.

Perhaps all this glad-handing and congeniality explains why people like Sen. Lindsey Graham (R-SC), once a fierce opponent of Trump, calling him a “kook” and unfit for office, has now become one of his close allies.

But is this really the best explanation for the Republican Party’s devotion to Trump? It’s not exactly a secret that Trump is a schmoozer — he tells people what they want to hear, he makes them feel important. It’s part of what helped him win the 2016 Republican primary; he didn’t feed voters information that was hard to hear but instead stoked their pre-existing prejudices and desires. It’s part of what made him successful as a self-promoter and brand manager — he could convince people of his own greatness.

And though these are certainly skills of a sort, they’re not particularly impressive. They’re the trade of grifter, the con artist. Someone who is good at making everyone think he’s on their side should be treated with skepticism and scrutiny; it’s exactly when you’re most at ease that they’ll double cross you.

That’s what Trump is doing to the Republican Party. He doesn’t care about its long-term power, only what it can do for him in the moment. His new health care push is spectacularly poorly planned, just as his government shutdown was. His personal corruption has made him an open target for congressional investigators, and his coddling of dictators undermines national security. He values almost nothing that Republicans actually care about.

But they know they’re stuck with him. He has the support of the party’s base and turning against him can doom any elected GOP official. This crass electoral assessment is undoubtedly the biggest reason Republican lawmakers need to support the president, but it sounds too craven to say out loud. So when asked by a reporter why they support a president, they’ll cite his friendliness, his jovial manner. They’re far too calculating to be won over by these attempts at charm — but perhaps it is better than admitting that they’re clinging desperately to a Senate seat and they’re willing to watch everything they’ve claimed to support burn to the ground for the sake of hanging on.