From Britney Spears to Taraji P. Henson, celebrities are being more open about mental health 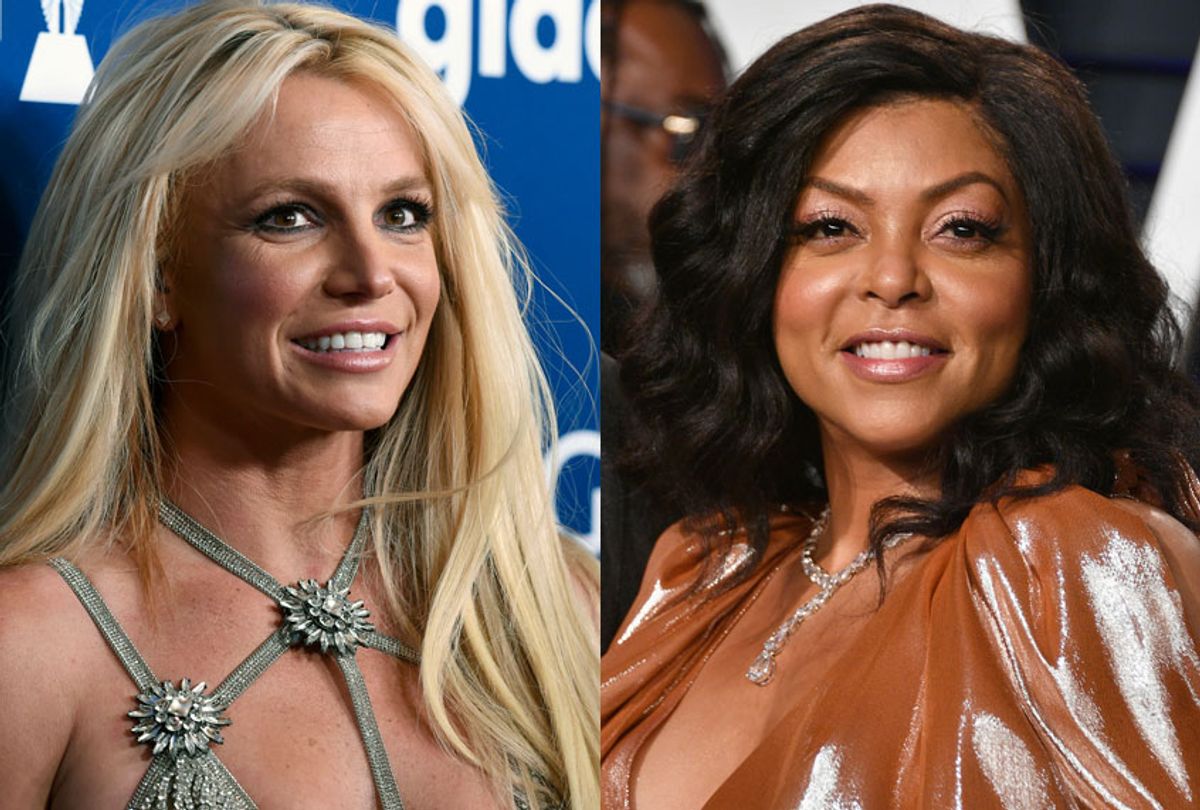 Britney Spears has checked herself into a mental health facility after struggling with emotional distress in order to cope with her father's declining health, according to Variety. The pop star first voluntarily checked herself into the facility over a week ago, TMZ first reported, and is expected to stay for a month's worth of treatment.

On Wednesday, Spears posted to Instagram with the quote, "Fall in love with taking care of your mind, body, spirit." She also included the caption, "We all need to take time for a little "me time." :)".

In January, Spears said that would be retreating from her work commitments and pulling back from her shows after her father suffered a near-fatal ruptured colon. A few months before that, she had withdrawn from her planned Las Vegas residency to care for her dad.

"A source close to the singer said Jamie Spears was not doing well after a second surgery three weeks ago, and that Britney was finding his prolonged illness hard to deal with," Reuters reported, with the source adding, "They are very close. She just wants to take time to focus on herself."

All over social media, fans and supporters wrote kind messages to Spears. Headlines, even on the more gossip-friendly sites, were mostly friendly, in stark contrast to a decade ago when tabloids thrived off of Spears' public breakdown.

The news of Spears' mental health struggles comes just a few days after actress Taraji P. Henson revealed her own mental health issues, highlighting how the pressures and demands of celebrity culture often work in opposition to wellness.

"I suffer from depression," she told Variety, adding that it stems from the unrelenting attention she endures from being on a popular TV show. "My anxiety is kicking up even more every day, and I’ve never really dealt with anxiety like that. It’s something new."

"It was fun at first, but the older I get, the more private I want to be," the "Empire" star continued. "I think there’s a misconception with people in the limelight that we have it all together, and because we have money now and are living out our dreams, everything is fine. That’s not the case. When they yell 'Cut' and 'That’s a wrap,' I go home to very serious problems. I’m still a real human."

With the rise of social media and the fortification of celebrity culture, there has been much discussion about the harm it can cause for fans and consumers, especially among young people. Beauty and body standards have seemingly never been more unobtainable, and yet these images are at our fingertips in abundance. A quick scan of Instagram and it doesn't take long to feel deeply dissatisfied with your image and unhappy in general, especially compared to snapshots of celebrity and influencer bliss.

"The Good Place" actress Jameela Jamil has been one of the few celebrities who has tried to raise the curtain and publicize the pervasiveness of airbrushing, plastic surgery, personal chefs, and trainers that contribute to the chiseled abdominals and curvy yet toned bodies the Kardashians and other wealthy celebrities rock, especially considering they monetize their appearances, often selling dangerous and dishonest weight loss hacks like "Flat Tummy Tea," which is essentially a laxative product.

While all of this is critical work to disrupting the enormous influence of the celebrity industrial complex, Spears' and Henson's recent admissions are an important addition to the conversation, as they amplify the way celebrity culture harms and dehumanizes celebrities, too. By being honest about their struggles with mental health, they don't just help normalize acceptance, therapy and treatment for the public at large, but also among themselves.

Public relations expert Howard Bragman told the Los Angeles Times in 2016 that celebrities and their publicity machines are increasingly choosing honesty when it comes to addressing issues around mental health, which is a real shift over his 30-year career.  "I think the term we liked a lot was exhaustion," he added, but now, publicists are opting for forthrightness.

Just in the last few years, we've seen celebrities from various genres and communities coming forward, and we're also seeing the rise of representation of a diverse spectrum of mental health concerns — from rapper Kid Cudi, who announced in 2016 that he was checking himself into rehab for depression and suicidal thoughts, to singer Mariah Carey revealing her struggles with bipolar disorder.

It's also been significant that so many of the celebrities leading the conversation now are women of color. As scholar Alexandria Okeke writes, "The image of the 'strong black woman' compounded with the already existing culture of stigma around mental illness, made the barriers far greater for black women to recognize their symptoms or to have access to adequate treatment."

In this vein, Henson started a foundation named for her father, who returned from war with mental health issues, with the mission of eradicating the stigma around mental health in the black community. "We’re walking around broken, wounded and hurt, and we don’t think it’s OK to talk about it," she told Variety. "We don’t talk about it at home. It’s shunned. It’s something that makes you look weak. We’re told to pray it away. Everyone was always asking me, 'Do you have a charity?' Well, dammit, this is going to be my calling, because I’m sick of this. People are killing themselves. People are numbing out on drugs. Not everything is fixed with a pill."

When reckoning with the impact of celebrity culture in relation to the #MeToo movement, insightful cultural critics have noted how famous men's unfettered power to abuse can be seen as well in vulnerable people's everyday lives. How Harvey Weinstein behaved to famous actresses is how that unchecked boss approaches his subordinates; R. Kelly is that male mentor you might feel like you need to get your foot in the door despite his unwanted advances. And the point is that while the cases that involve celebrity misconduct have far greater cultural prominence, at the core, these issues are human problems that affect people of all walks of life.

When we idolize celebrities, we dehumanize them. For those who abuse their power, this idolization means automatic skepticism toward their victims and blindness to the celeb's flaws; for those who struggle with mental health, fans can forget that they are also just human. The fact that mental health issues are on the rise means it must affect celebrities, too. (About one in six U.S. adults, or 44.7 million people, live with mental illness, according to the National Institute of Mental Health.)

Like so many celebrities before her, Britney Spears deserved better from the media in 2007-08, however, it's encouraging that the stigma seems to be easing around celebrity mental health today. Part of the disruption of the stronghold of celebrity culture is certainly that outlets must stop profiting off of celebrities' pain. It's a positive trend that with the current round coverage of Spears, we're finally seeing some progress.

From Spears to Henson, and the celebrities who paved the way before them, like Jenifer Lewis and Carrie Fisher, there is a growing awareness that mental illness is diverse and far from mutually exclusive of fame and success. This greater understanding can help lessen the isolation that mental illness — for celebrities or anyone else — so often produces. "We didn't used to know anybody with mental illness and all of a sudden we do," Bragman told the L.A. Times. "If we know a celebrity, we know somebody and good things generally happen."

But even beyond just the bravery of coming forward, with Spears checking herself in for treatment and Henson speaking openly about retreating from social media and seeking therapy, their transparency helps to popularize the avenues to seek to help. Step one of demystifying the stigma around mental health is that people should not have to suffer in silence, but step two-through infinity is figuring out how to live a more liberated, healthy life.

"That’s the only way I can get through it," Henson said of therapy. "You can talk to your friends, but you need a professional who can give you exercises. So that when you’re on the ledge, you have things to say to yourself that will get you off that ledge and past your weakest moments."