Mariah Carey and Junot Diaz opened up about their past struggles this week, helping to erase mental health stigma 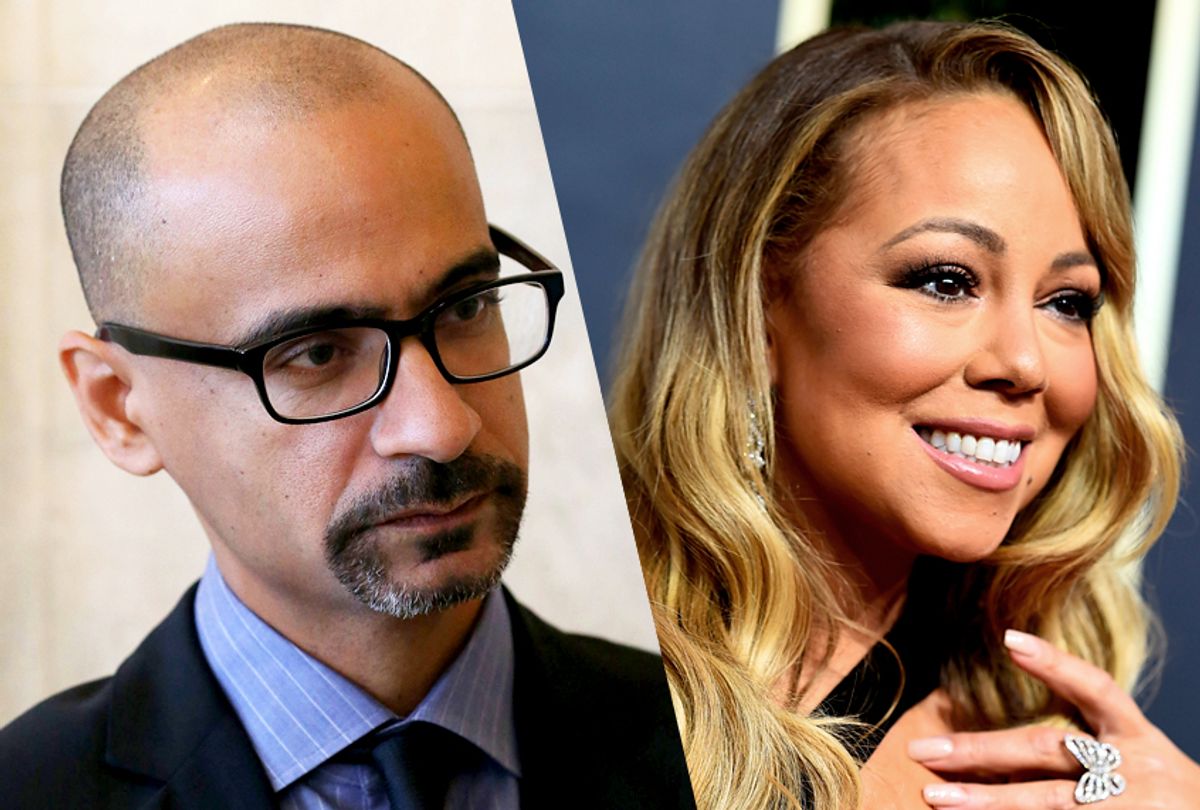 In the past week alone, Pulitzer Prize-winning author Junot Díaz bravely and publicly reckoned with his childhood sexual assault and subsequent battles with mental health issues; pop icon Mariah Carey revealed her bipolar diagnosis, 17 years after it was diagnosed; and "Roseanne" star Emma Kenney admitted that she is stepping away from Hollywood to seek treatment.

Increasingly, artists and celebrities across sectors are opening up about their mental health issues, from depression to bipolar disorder, and from addiction to trauma. In the era of social media, these disclosures are humanizing and can reveal a shared experience for fans undergoing similar experiences. Most importantly, this transparency is helping to erase the stigma still largely attached to mental health issues.

"I’m just in a really good place right now, where I’m comfortable discussing my struggles with bipolar II disorder," Carey first told People. "I’m hopeful we can get to a place where the stigma is lifted from people going through anything alone. It can be incredibly isolating. It does not have to define you, and I refuse to allow it to define me or control me."

Carey says she was first diagnosed in 2001 after she was hospitalized for exhaustion. "Until recently, I lived in denial and isolation and in constant fear someone would expose me,” she said. “It was too heavy a burden to carry, and I simply couldn’t do that anymore. I sought and received treatment, I put positive people around me and I got back to doing what I love — writing songs and making music."

The Grammy Award winner's coming out categorizes a shift. While celebrities have — the same as everyone else — experienced issues related to mental health, rarely have they been so honest about what that looks like, especially for celebrities of color, where, historically, there has been less of a platform. As Dior Vargas, a Latina mental health activist, wrote in an essay titled "People of color deal with mental illness, too": "The media representation of mental illness constantly excludes, ignores and silences people of color."

"I think the term we liked a lot was exhaustion," publicist Howard Bragman told the Los Angeles Times about the past. He acknowledged that "the spin" for mental health issues has changed significantly over his 30-year career.

In Díaz's essay for the New Yorker, the Pulitzer Prize winner says his childhood rape "defined" him, and, "By the time I was eleven, I was suffering from both depression and uncontrollable rage." By age 14, he was veering into self-harm and, a few years later, he attempted suicide. Díaz described suffering from decades of often debilitating depression before he finally sought treatment.

For 18-year-old Kenney, she told In Touch Weekly, "I’m going to be seeking treatment for my battles," and her decision to reveal her struggles publicly is because "I just want to send a message to my fans saying that it’s OK to admit that you need help, and it doesn’t make you weak."

Certainly one of the pioneers of celebrity transparency and even activism around mental health was the star of the original "Star Wars" trilogy, the late Carrie Fisher. "If you claim something, you can own it. But if you have it as a shameful secret, you’re fucked," she told Vanity Fair in 2009. Fisher wrote prolifically about alcoholism, drug addiction and living with bipolar disorder in her novels, multiple memoirs, Hollywood scripts and in her "Advice from the dark side" column for the Guardian.

"Fisher fearlessly dove into dark personal terrain rarely tapped by female celebrities -- at least not with such alacrity," Rolling Stone reported. "It was Fisher's willingness to tackle difficult subjects with wit and transparency that helped transform her into a bona fide role model, especially for people afflicted with mental illness."

Fisher wasn't the first, but given her fame and success, her forthrightness helped to normalize mental illness — and remove the stigma from a topic that is seen as taboo or a weakness, especially for women, into one that can be accepted, broadcasted and managed.

"We have been given a challenging illness, and there is no other option than to meet those challenges," Fisher wrote in her final Guardian column to a woman who also had bipolar disorder. "Move through those feelings and meet me on the other side. As your bipolar sister, I’ll be watching."

"Black-ish" star Jenifer Lewis is another Hollywood veteran who championed mental illness awareness years ago. In 2007, 17 years after she received her bipolar diagnosis and 13 years after she began taking medication, Lewis went on the "Oprah Winfrey" show to discuss her journey with the disorder. "After years of therapy and after years of medication, I feel experienced enough now to come out and say bipolar disorder is treatable, and you can get help and you don't have to live such a tortured existence," she proclaimed to Winfrey.

For too long, stereotypes of black women have left little room for the inclusion of mental illness. As scholar Alexandria Okeke writes, "The image of the 'strong black woman' compounded with the already existing culture of stigma around mental illness, made the barriers far greater for black women to recognize their symptoms or to have access to adequate treatment." But Lewis' disclosure has been particularly significant in opening up the floodgates for women of color to talk about their own struggles with mental health.

U-God, one of the founding members of the Wu-Tang Clan, has articulated how stigma permeates men, who he says often feel uncomfortable about sharing their emotions. That is why he decided to be forthcoming about his struggles with trauma, a mental breakdown and a short stay in a mental institution and therapy and healing in his new memoir, "Raw." "I let it go now," he said of writing it all down on a recent episode of Salon Talks, "I'm in a better place."

And the list goes on of celebrities coming out about their struggles with mental health in recent years, and they are not alone. About one in six U.S. adults, or 44.7 million people, live with mental illness, according to the National Institute of Mental Health. And yet, "68 percent of Americans do not want someone with mental illness marrying into their family and 58 percent do not want people with mental illness in their workplaces," according to research published in the Journal of Health and Social Behavior. "If we’re actually going to tackle stigma, then we have to talk about what it actually is, which is fear, shame and discrimination," Theresa Nguyen, vice president of policy and programs at Mental Health America, told Moneyish.

Another advantage of celebrities coming forward, with different mental illnesses and from diverse arenas, is the rewriting of public misconceptions. "Everybody's condition is different," Katrina Gay, national director of communications and public affairs for the National Alliance on Mental Illness, told the LA Times. "Mental illness and mental health challenges run a big gamut. People like things to be simple and easy to understand and this just isn't. It's not one-size-fits-all."