Emma Kenney steps away from Hollywood "for a bit." Meanwhile, the sitcom is becoming a rallying call for the right 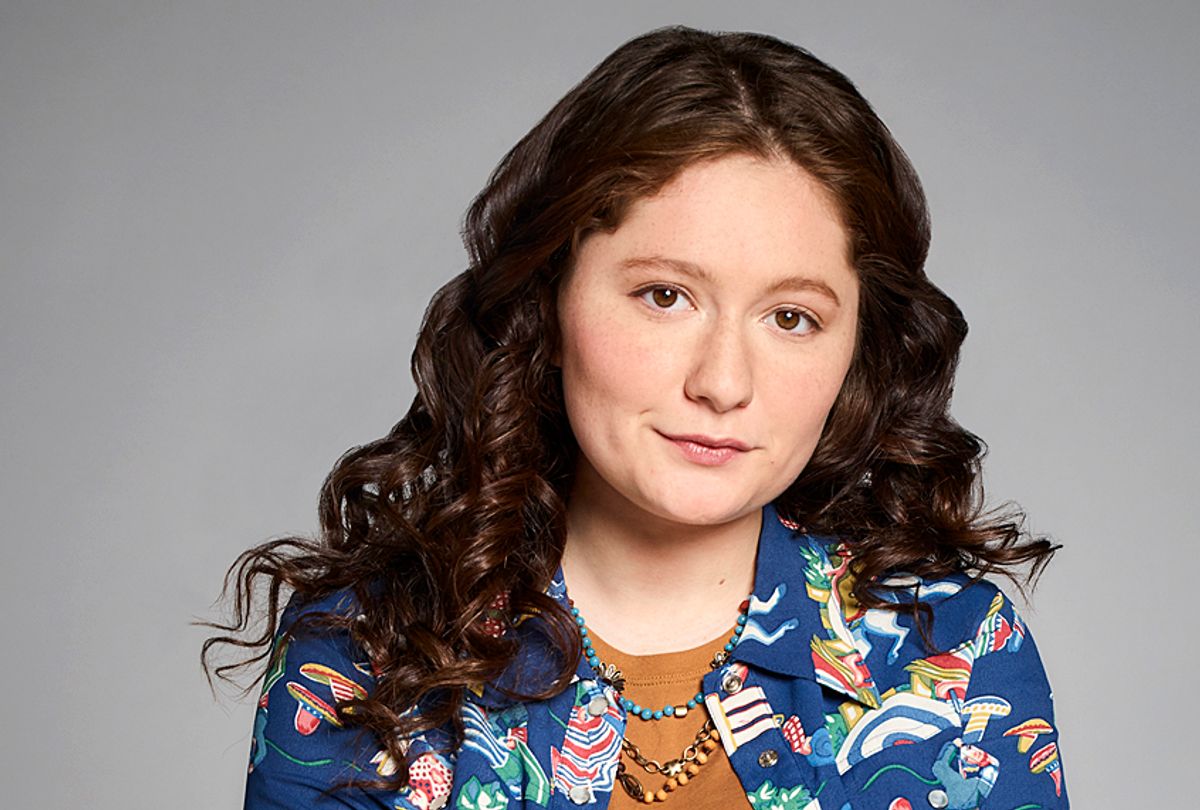 Actress Emma Kenney, who plays the eldest child of Darlene in the hit revival of "Roseanne," announced that she is seeking treatment to deal with her "battles."

Kenney, who has been a part of the entertainment industry since she was nine years old, suggested that she has been struggling with childhood fame. "I was running with a really fast crowd. I was being naive and very immature. And I was doing things I should not be doing because it was illegal, and I’m not 21," Kenney revealed to In Touch Weekly.

"It wasn’t healthy, and it was making me feel even worse — anxious and depressed," she continued. "It was just a slippery slope that I did not want to go down, and I knew that I needed to stop it."

Now 18, Kenney has also been a cast member of the critically-acclaimed show "Shameless" since 2011, where she portrays the youngest daughter of star William H. Macy. The Showtime series' next season is scheduled to begin filming in May, and Kenny has been shooting the "Roseanne" reboot while on hiatus.

While Kenney says her "battles" haven't spilled over into the workplace, they have certainly affected her personal life. "I just didn’t know how to deal with stress, so I would have an occasional wild night," she told In Touch. "I would go out to clubs and bars with older friends in Hollywood."

"Now, in treatment, I will work on finding other ways to cope with boredom, find hobbies and better learn how to deal with stress," Kenney added. "I just think I need a mental sanity break and a break from the Hollywood scene."

She did not share what the treatment will consist of, but Kenney tells In Touch Weekly, "I’m going to work through it. I’m going to get help and make better choices."

But Kenney says she is going public about her decision to seek treatment "to send a message to my fans saying that it’s OK to admit that you need help, and it doesn’t make you weak," she said.

"I know I’m making the right choice by going to treatment," she continued. "And I’m going to come out the other side the right Emma, the true Emma that I’ve always been."

Before In Touch's article was published, Kenney took to her Twitter and Instagram accounts to say a temporary "goodbye" from both Hollywood and social media. "This sounds so cliche, but this town/industry can really get to you. Going to re-find my peace happiness," she wrote.

hello & goodbye (for a bit) ive decided to take a break from social media and LA for a minute. this sounds so cliche but this town/industry can really get to you. going to re-find my peace happiness✨✨✨✨✨✨✨✨xo emma 🌹

Meanwhile, raking in more than 13 million viewers again this week, "Roseanne" remains a dominant force in the ratings. The sitcom returned to ABC after more than two decades off the air, and for those who haven't yet seen an episode, it centers on a working-class family with opposing political views. Roseanne – on screen and off – is a vocal supporter of President Donald Trump.

Because of the show's unabashed political leanings, "Roseanne" has become a rallying call for the right. Trump phoned lead actress Roseanne Barr to congratulate her on the show's revival, press secretary Sarah Huckabee Sanders recently confirmed.

"The president, an obsessive about how TV shows perform, was enthralled by the 'huge' ratings 'Roseanne' had received," The New York Times reported after the sitcom's return last month. That episode was seen by 18.2 million viewers.

Anthony Scaramucci, who had a brief tenure as Trump's White House communications director, penned a guest column in the Hollywood Reporter titled "'Roseanne' is the show America needs right now." In it, he argues that "the show provides an opportunity for both liberals and conservatives to climb out of their respective bubbles and begin a much-needed reconciliation."

In a more problematic endorsement, Breitbart dubbed Roseanne the "Queen of Primetime."

Salon TV critic Melanie McFarlane offered a different take in her review. "If you not so sure that America or Roseanne Barr are great, spending time with the Conners probably defeats the purpose of turning off the day’s anxieties," she wrote.