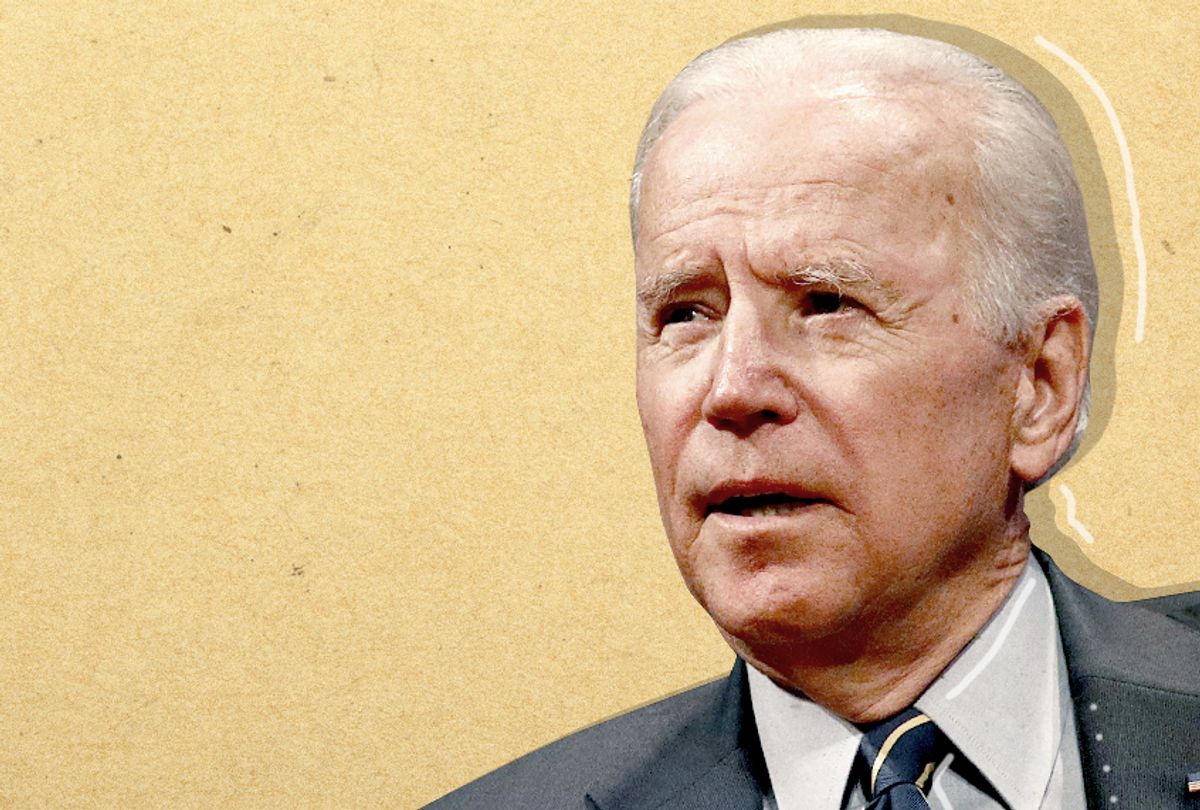 Former Vice President Joe Biden said Friday he is not sorry for past behavior which some women have said made them feel uncomfortable. However, the Democrat said he was sorry he did not "understand more" at the time.

"The fact of the matter is — I made it clear — that if I made anyone feel uncomfortable, I feel badly about that. It was never my intention — ever," Biden told reporters after delivering a speech to a gathering of union workers, which marked his first public appearance since multiple women accused him of inappropriate touching.

Asked again if he was sorry for his past behavior, Biden chose not to apologize for his conduct.

"I'm sorry I didn't understand more," Biden said. "I'm not sorry for any of my intentions. I'm not sorry for anything that I have ever done. I have never been disrespectful intentionally to a man or a woman. That's not the reputation I've had since I was in high school for God's sakes."

Biden's remarks were the most direct responses so far to allegations of unwanted kissing and touching made in recent days against the Democrat from Delaware. Former Nevada assemblywoman Lucy Flores on Friday claimed Biden put his hands on her shoulders, smelled her hair and kissed her on the head in 2014 at a campaign rally supporting her bid for lieutenant governor in an op-ed published last week. Flores said Biden's unwanted contact made her feel uncomfortable and was unacceptable. Several women have since spoken up about past interactions with Biden, which they said made them feel uneasy.

Biden, during his speech Friday at the Washington Hilton, made two jokes about consent and the controversy which has left a shadow looming over his possible 2020 presidential campaign. After arriving on stage to address the International Brotherhood of Electrical Workers conference, the former vice president shook the hand of the union president, Lonnie Stephenson, before giving him a brief hug.

"I want you to know, I had permission to hug Lonnie," Biden said to laughter from the crowd.

The former vice president later invited several children on stage and shook their hands. Shortly after, he pulled one of the boys close and put his arm around his shoulders.

"By the way, he gave me permission to touch him," Biden said.

He also said he "wouldn't be surprised" if more people came forward with allegations that he had inappropriately touched them.

"I've had hundreds of people contact me, who I don't know, say the exact opposite," Biden said. "It is important that I and everyone else is aware that any woman or man who feels uncomfortable, should have the right to say, 'I'm uncomfortable with that.'"

He addressed the jokes after delivering his speech, telling reporters he did not intend to "make light of anyone's discomfort." "I realize my responsibility is to not invade the space of anyone who is uncomfortable," Biden added.

The jokes came just two days after Biden released a video seeking to contain the mounting controversy surrounding his alleged past behavior with women. In the video, the former vice president did not directly apologize to women who have accused him of unwanted contact and inappropriate behavior, but acknowledged that times have changed and vowed to "be more mindful about respecting personal space in the future."

"Social norms have begun to change, they've shifted, and the boundaries of protecting personal space have been reset, and I get it," Biden tweeted Wednesday afternoon. "I hear what they're saying. I understand it. I'll be much more mindful. That's my responsibility, and I'll meet it."

Biden, who appears to be on the verge of mounting a bid for the Democratic presidential nomination, admitted on Friday that allegations of unwanted touching made against him will "have to change somewhat how I campaign."

As Salon's Sophia Tesfaye noted, Biden's response to the controversy could lead to new criticisms that "his tactile style of retail politics is out of step with the #MeToo era." Despite Biden's attempt at pushing back against the allegations, Tesfaye wrote, questions linger: Are liberal voters ready to embrace Biden's entrance into the presidential race, especially considering the allegations of sexual harassment and misconduct that left President Donald Trump unfazed? Does Biden understand that it's not self-righteous to demand women be treated with dignity in the workplace? Will he account for his failure to advocate for Anita Hill when she was being attacked by an all-white, all-male congressional committee when he served in the Senate as chairman of the Senate Judiciary Committee?