The original "Pet Sematary" may not be a critical darling, but it is far superior to this inferior knockoff 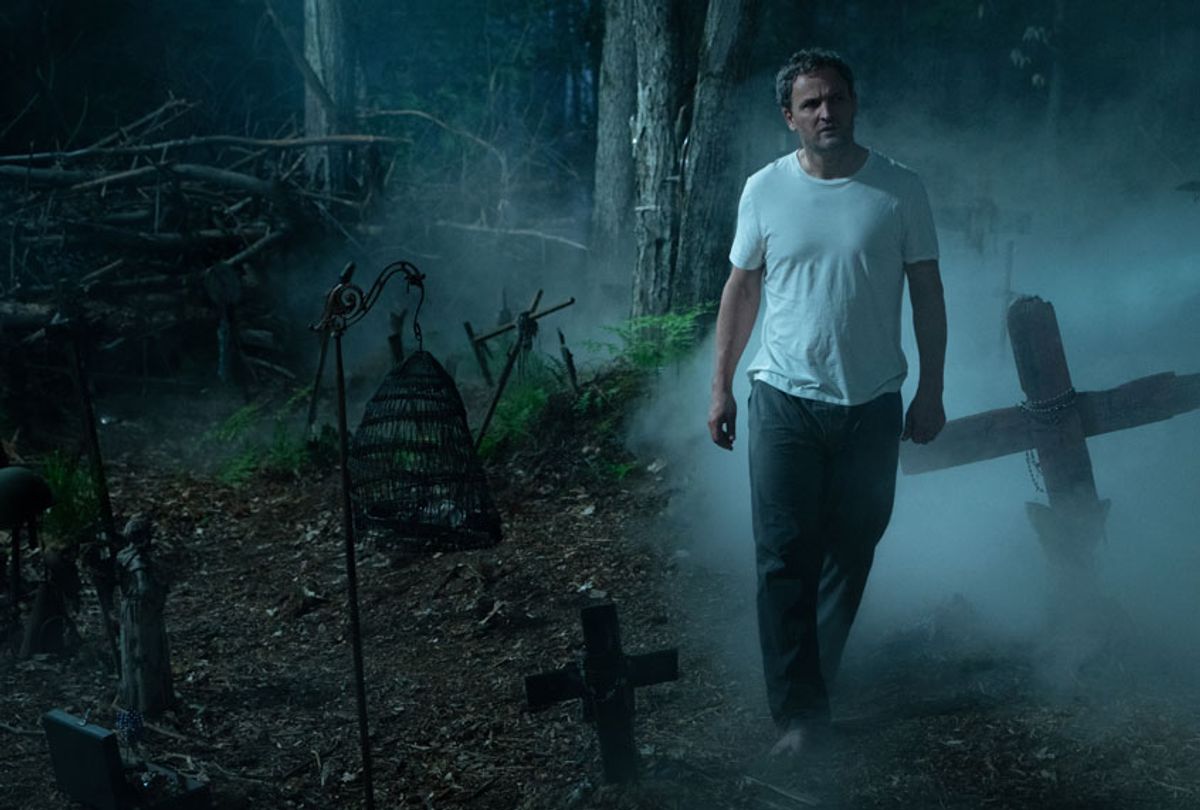 There are certain horror movie formulas that no longer work and need to be discontinued immediately.

This "Pet Sematary" remake isn't the most egregious offender of overused horror clichés, but it is an exemplar of the genre's worst mediocrities. This is especially so because it is a remake, which come with their own sets of overused tropes. A by-the-numbers remake will include call outs to the original so that fans will feel that nostalgic rush, and a few superficial twists on the story without deviating from the original's plot beats. You can check off both those boxes for the 2019 version fo "Pet Sematary."

Like the 1989 movie, based on Stephen King's 1983 novel before it, "Pet Sematary" tells the story of a doctor named Louis Creed (Jason Clarke) who moves with his family to a small town in Maine where a supernatural burial ground resurrects the dead as evil, murderous monsters. In all three stories, Creed suffers terrible personal losses (as well as the death of a beloved pet cat, Church) and tries to bring back his loved ones by burying them in the Pet Sematary. Obviously things don't go well as a result, because if they did we wouldn't have a movie.

The remake deviates from the original film by killing off the couple's older daughter Ellie (Jeté Laurence) instead of infant son Gage (Hugo Lavoie and Lucas Lavoie). The movie treats this like a big twist — even using a bit of cheap misdirection that is more likely to work on people who have seen the first film — but if you've seen the advertising campaigns you know it's coming. From there the movie tries to be a parable based on its tagline, "Dead is better" — namely, that there are fates worse than dying or surviving a loved one's death. It's a deviation from the original, but not a real difference, since the end result is the same: Creed and his wife Rachel (Amy Seimetz) struggle with realizing that the entities in their children's bodies are not actually their kids. As with the first film, the creepiest and most emotionally moving scenes are the ones in which the parents are simultaneously creeped out and emotionally manipulated by their newly-undead pseudo-progeny.

Yet those rare moments are overwhelmed by the rampant clichés. Directors Kevin Kölsch and Dennis Widmyer and screenwriter Jeff Buhler pack the film with jump scare after jump scare after jump scare; I stopped counting and instead began estimating the jump scare-versus-non ratio (easily more than 9-to-1). This primarily is what ruins "Pet Sematary." Horror filmmakers need to learn a jump scare is like a jack-in-the-box: Because people know they're about to be scared by a loud noise and sudden upsetting visual, the effect isn't fear but simply being startled. While few horror movies can exist entirely without these moments, the good ones surround them with other material that is compelling and deploy the jump scares sparingly and judiciously. "Pet Sematary" does not.

The movie also contains far too many moments where characters say or do things that would never make sense in the real world in order to advance the plot. Dumb decisions are made, people speak when they should stay silent or vice versa, characters spout exposition because the story has no other way to provide that information to the audience. It takes the audience right out of the movie, and even if suspension of disbelief was possible, why would anyone want to identify with a universe in which basic self-preservation instincts don't seem to exist?

Even the best thing about the original movie — Fred Gwynne's iconic performance as Jud Crandall, the quotable, kindly old neighbor with a thick Maine accent — doesn't really work here. John Lithgow inherits the Crandall role and tries his best, but his character falls flat right alongside his counterparts. The new "Pet Sematary" doesn't seem particularly interested in developing its characters — a mistake for a horror film that should be drawing its scares psychologically, as much of King's written work does. Instead it focuses on philosophy, but the film's heart doesn't really seem to be in it. When Crandall famously tells Creed in every "Pet Sematary" incarnation that "sometimes dead is better," he is making a broader point about accepting death even when it is particularly cruel or tragic. There is wisdom to that idea, and when applied to the premise of a horror movie, it provides writers with the opportunity to explore themes like grief, hubris and the search for meaning in life and death.

Yet the new "Pet Sematary" spends so much time packing in jump scares, it never devotes the time to the characters that could make any of those themes work out. Indeed, aside from occasionally referencing that Louis is an atheist while Rachel believes in an afterlife, it doesn't even bother adding payoffs to the philosophical questions it sets up. The shame of it is that a great horror film could have been made by focusing on those elements. But this is mainstream Hollywood we're talking about. If they can get away with jump scares, they'll give you jump scares.

"Pet Sematary" lacks the overwrought silliness of the original, which gave it a certain charm, and has none of its iconic moments nor original ones to replace them. The Rotten Tomatoes scores may insist that first is worse, but watching Fred Gwynne nail a Maine accent and spout cheesy dialogue is much more entertaining than this movie's monotonous series of lame jump scares. I'll take so-bad-it's good over boring any day.