Shed a tear for WorldNetDaily — or maybe don't. But the downfall of a far-right site is instructive 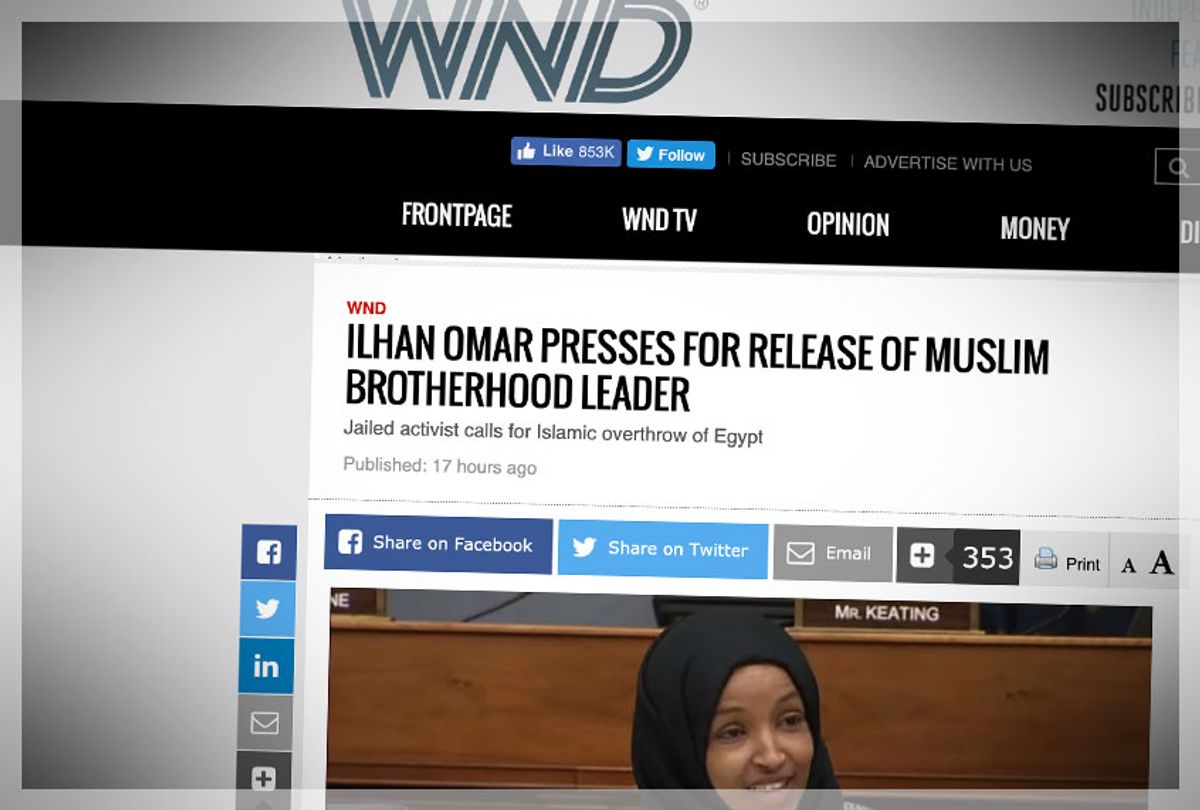 In the end, the world of right-wing conspiracy theories may have been a victim of its own success.

Earlier this week, the Washington Post published a fascinating account of the slow-moving collapse of WorldNetDaily (WND), a fringe right-wing website that has been around since 1997. Reporter Manuel Roig-Franzia describes the site as a victim of mismanagement and very likely huge amounts of grift by founder Joseph Farah, who has been accused of defrauding writers and using company funds to pay for his family's lavish lifestyle.

But there's also a lot of evidence that the website and publishing empire that Farah tried to build is falling apart due to a lack of audience. The site's traffic appears to be tanking, which Farah, according to Roig-Franzia, blames on "a supposed cabal of powerful technology companies that he believes are suppressing traffic to WND and other conservative sites."

Um, OK. It's much likelier that conservative audiences simply aren't as interested in WND as they used to be, and not because they've lost their appetite for a steady stream of harebrained conspiracy theories peddled by unrepentant grifters. Instead, it's because WND now has stiff competition. The shlock that used to be the bread and butter of fringe sites like WND has gone mainstream in the era of Donald Trump.

Conservative audiences who want to wallow in a right-wing fantasy world where women have abortions for fun, roving gangs of immigrants are coming to kill you, and "globalists" are running elaborate, secretive conspiracies to steal America from white people no longer have to turn to WND, with its subpar web design and often incomprehensibly written articles. The conspiracy theories and racist paranoia those audiences crave is being served up in a slick, professional style at Fox News, in the mouths of supposedly reputable pundits like Tucker Carlson and Sean Hannity.

Better yet, they can simply go to a Donald Trump rally or read the president's Twitter feed. Trump is the zenith of the WND house style. His flagrant disregard for this truth, his contempt for the intelligence of his own audiences, his shameless grifting, his conspiratorial thinking and his, shall we say, inventive approach to grammar and spelling all grew from the right-wing swamplands that WND helped create, and has far exceeded it.

The student, as they say, has become the master.

This trend line is most obvious when we consider birtherism, which was a huge cash cow for WND during Barack Obama's presidency. During the first years of Obama's tenure, WND was the go-to home for people who desperately wanted to believe that the first black president was illegitimate and fundamentally un-American.

But then the conspiracy theory went mainstream, propelled by — well by You Know Who, the guy who built himself up as a political figure, starting in 2011, by using his celebrity to push claims that Obama had faked his birth certificate into the mainstream news cycle.

In many ways, Trump owes his presidency to Farah and WND. Trump's obsession with the birther conspiracy theory seems to have emerged from WND, and Trump had regular phone conversations with Farah during the weeks leading up to Trump's efforts to turn this nonsense into actual news.

In retrospect, Trump's mainstreaming of the birther movement was only one aspect part of a larger mainstreaming of the WND style during the Obama years. That was also the era when  right-wing hoaxes, peddled by sites like Breitbart and con men like James O'Keefe and David Daleiden, caused enormous damage to progressive organizations like ACORN and Planned Parenthood. This rise of right-wing conspiracism in the media was mirrored by Republicans in Congress, who spent much of the Obama years "investigating" the WND-style conspiracy theories about the attack on the U.S. consulate in Benghazi.

Nowadays, there's no visible light between the raving crazies of the far right and the mainstream Republican Party, and that's not all due to Trump surrounding himself with his fellow charlatans and grifters. Just this year, for instance, the supposedly reasonable Sen. Ben Sasse, R-Neb. -- who has partly positioned himself as a Trump critic -- spent months hyping a bill based on the false claim that doctors routinely induce labor and then murder the newborn babies. Even a decade ago, "mainstream" Republicans, even if they staunchly opposed abortion, avoided claiming that women and doctors conspired to commit infanticide.

No doubt Republican politicians and pundits have always known that such ridiculous ideas are widely popular among their voters. Anyone who has rightward-leaning relatives with an email account can remember being the regular recipient of email forwards full of urban legends about the baby-killing conspiracy or the supposed proof that Obama was born in Kenya.

But there was a widespread understanding in conservative political and media circles that such embarrassing behavior was not to be publicly acknowledged.  Sites like WND, by serving up a steady stream of outlandish fare, would help drive votes to the Republicans, but they did so with little acknowledgment or thanks from the party's official leaders.

In retrospect, however, being the dirty little secret served WND better than the current situation, where the fake news it peddles has become the mainstream of conservative media and the lingua franca of the Trump administration. Back then, sites like WND served a purpose, as the playground of the right wing id. Now they're no longer needed, and have been discarded like a doll left behind by a child who has moved onto more adolescent pursuits.

It would almost be pitiable, except that men like Farah deserve nothing but contempt for a lifetime spent exploiting the gullibility of people he claimed to serve. So few of the despicable creatures of the right, our president included, ever get their just deserts. So when the well finally runs dry for one of them, I think it's OK to savor the moment.