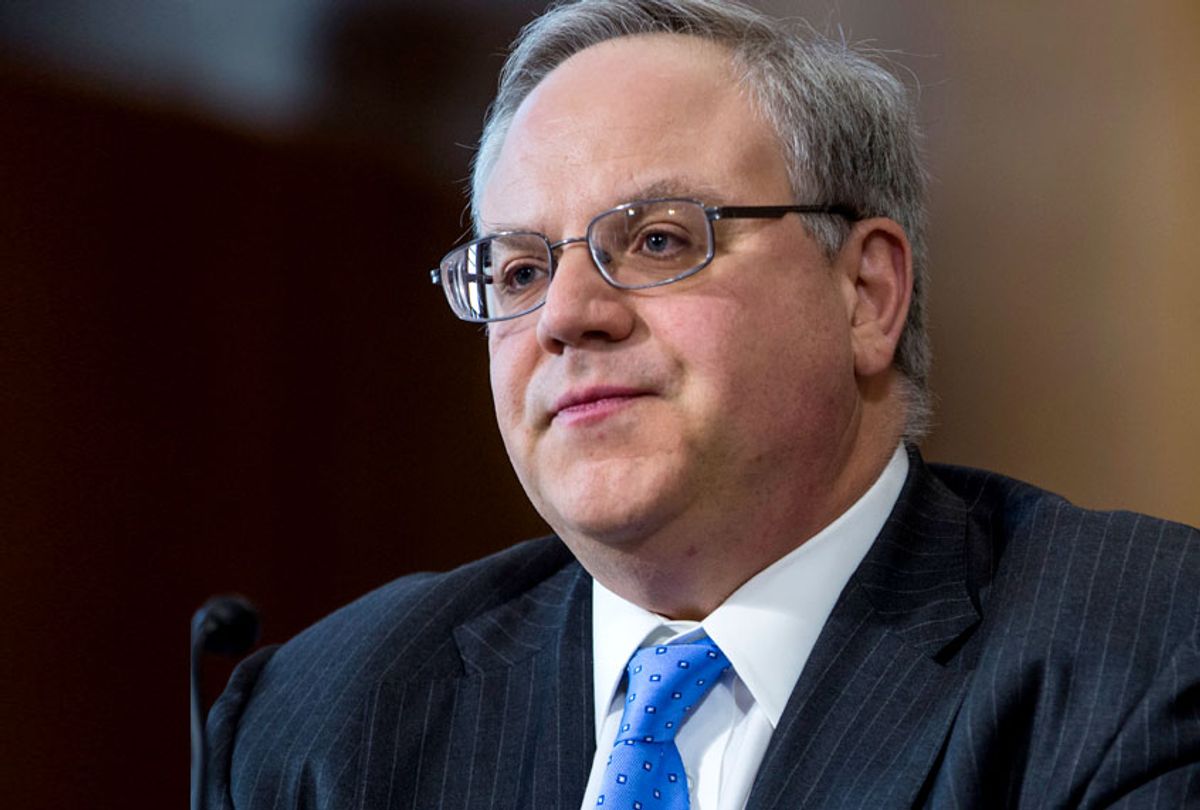 President Trump’s pick to head the Interior Department, David Bernhardt, continued to lobby for a top client months after he signed a legal notice vowing to stop lobbying activities, according to an invoice obtained by an environmental advocacy group.

A bill for Bernhardt’s services and other documents that were obtained by Pacific Advocates and reviewed by the New York Times show that he continued working on behalf of the Westlands Water District until April 2017, the month he was nominated to become deputy interior secretary. Bernhardt signed a legal notice to end his status as a lobbyist in November 2016.

A March 2017 bill labeled “Federal Lobbying” was sent to Westlands, a California agribusiness group, by Bernhardt’s former firm, Brownstein Hyatt Farber Schreck. Westlands was one of Bernhardt’s main clients from 2011 to 2016, during which time it paid him $1.3 million for lobbying services. The invoice lists expenses like “Westlands Trip,” which Bernhardt went on in January or February 2017. The invoice includes a bill for $2,432 for Bernhardt’ travel and $25,000 for “professional services rendered” in February 2017.

If Bernhardt lobbied on behalf of Westlands he may have violated federal lobbying laws, ethics officials told the Times.

Bernhardt denied he continued to lobby on behalf of clients after signing the official notice that he would stop.

“I have not engaged in regulated lobbying on behalf of Westlands Water District after November 18th, 2016,” he said at his confirmation hearing in May 2017.

“David Bernhardt did not engage in regulated lobbying activities for Westlands Water District from the date he de-registered forward,” she told the Times. “Mr. Bernhardt engaged in various legal services that supported the senior employees and Directors of the Board of Westlands Water District, who are public officials, operating in their official capacity. These efforts do not constitute regulated lobbying activity.”

The watchdog group Citizens for Responsibility and Ethics in Washington did not buy the explanation.

“He obviously was engaged in some sort of federal lobbying activity on behalf of Westlands even after he de-registered as a lobbyist,” CREW chief ethics counsel Virginia Canter told the Times.

Even after he was confirmed to his current position at the Interior Department, Bernhardt continued to push for the policies that he lobbied for on behalf of Westlands, as the Times reported in February. The outlet reported that Bernhardt “made it a priority” to weaken Endangered Species Act protections for certain fish, a regulatory change long sought by Westlands.

American University professor James Thurber told the Times that this was a “clear case of violating the ethics code and a clear conflict of interest.”

“He was appointed and, in less than a one-year period, then he started advocating for what he had lobbied for. It’s not a gray area,” he said.

Bernhardt denied that he improperly helped his former client, and his former firm said the increase in business was simply due to Trump’s focus on “projects dealing with federal lands.”

Even so, the Interior Department’s Office of Inspector General said Tuesday that it will review allegations that Bernhardt may have violated his ethics pledge by influencing decisions on issues that affected his former client, the Post reported.

Despite the mounting questions about his actions after signing the legal notice and ethics pledge, Bernhardt’s nomination was approved 14-6 by the Senate Energy Committee Thursday and will head to the full Senate for a confirmation vote. Democratic Sens. Joe Manchin of West Virginia and Martin Heinrich of New Mexico voted to approve his nomination, as did Sen. Angus King of Maine, an independent who caucuses with Democrats.

“With all the Trump appointees who’ve resigned in scandal, it’s clear this Republican-controlled Senate has decided that it’s going to confirm first and ask questions later, and maybe not at all,” Wyden said. “I do not believe the Senate should allow the Interior Department to turn into a revolving door of corruption and scandal.”