"When that happens, typically the overall effort and movement weakens," the former president tells his party 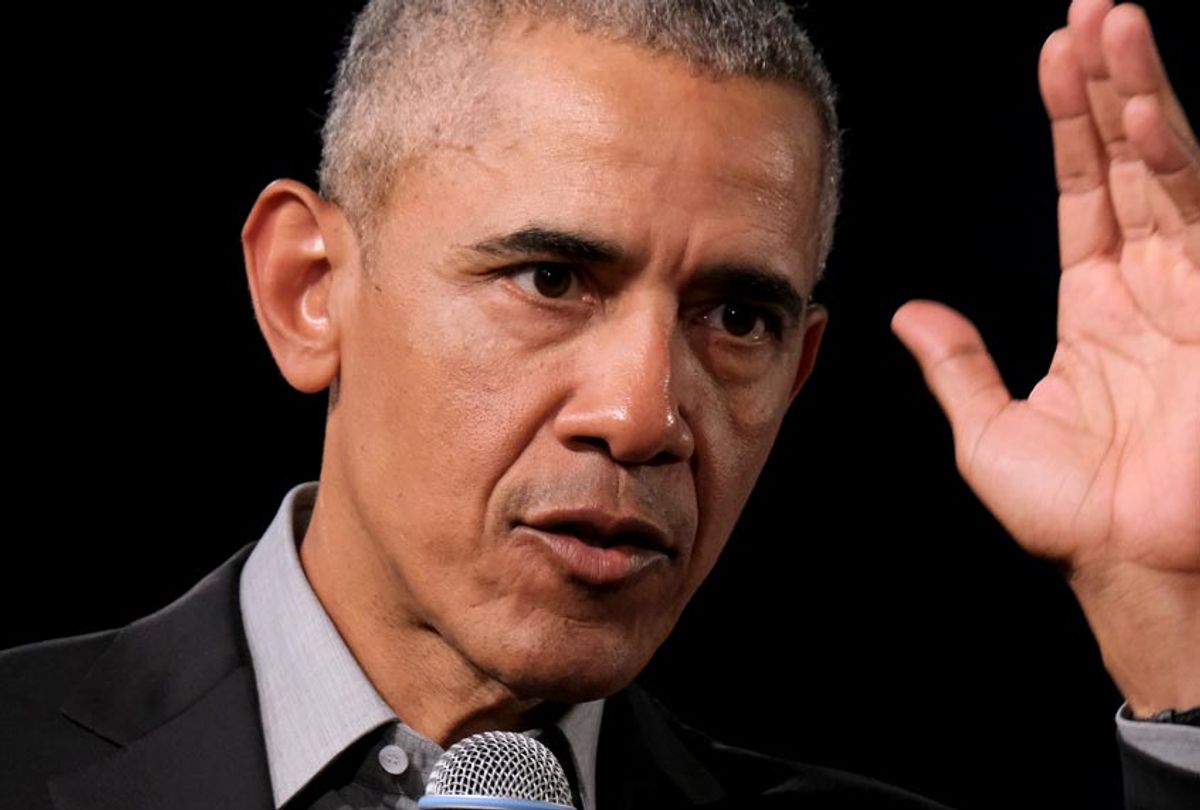 Former President Barack Obama expressed concern about the ideological “rigidity” of the burgeoning progressive wing of the Democratic Party, saying he feared it could end up fracturing the party and undermining relationships with allies.

Speaking at an event hosted by the Obama Foundation in Berlin, the former president discussed the need for compromise in politics as he recalled the frustration he initially felt when politicians told him they could not deliver the amount of progress he desired on the issue of health care. However, Obama said his perspective changed during his political career, noting how the Affordable Care Act achieved progress even though it did not enact his entire vision for health care reform in the United States.

"One of the things I do worry about sometimes among progressives in the United States — maybe it's true here, as well — is a certain kind of rigidity where we say, 'Uh, I'm sorry. This is how it's going to be.’ And then we start sometimes creating what's called a 'circular firing squad,' where you start shooting at your allies because one of them is straying from purity on the issues. And when that happens, typically the overall effort and movement weakens," Obama said Saturday at a town hall style-forum with "emerging European leaders."

Obama said that if they want to get things done, voters, organizers and politicians need to accept that they are not going to always get "100 percent of what you want."

"You have to recognize that the way we've structured democracy requires you to take into account people who don't agree with you," he added.

"You can't set up a system in which you don't compromise on anything, but you also can't operate in a system where you compromise on everything," he continued.

The former Democratic president's remarks come as his party experiences increased fractions between a growing progressive wing of politicians, such as Rep. Alexandria Ocasio-Cortez of New York and Sen. Bernie Sanders of Vermont who embrace democratic socialism, and more moderate Democrats who back more incremental reforms.

That tension can also be seen in the race for the 2020 Democratic presidential nomination, where voters will consider whether to support candidates pushing for bold, progressive policies like "Medicare for All" and the "Green New Deal” or more centrist liberals like Obama's former running mate, Joe Biden, who, if he throws his hat into the presidential race, could appeal to more voters in the general election with a middle-of-the-road campaign.

Obama blamed some of the Democratic Party's challenges in finding common ground on the media, which he said is designed to "inflame" and "provoke."

He said he advises his wife, Michelle Obama, "Don't watch cable news shows. They're designed to get you mad. That's what their purpose is."

"Social media is worse," he continued. "They're designed to make you click."

"You've got social media — that was once considered to be the network that would provide us greater understanding — now suddenly appears to be a tool that is used to spread disinformation and hatred and suspicion," Obama, who has been called America's first "social media president," said.

"We are collectively, all of us, going to have to find ways in which we improve the conversation on the Internet and in social media," he said. "It is going to be difficult to do."