After Pugh walked back her pledge to sign a bill raising the minimum wage, I knew she was a self-serving politician 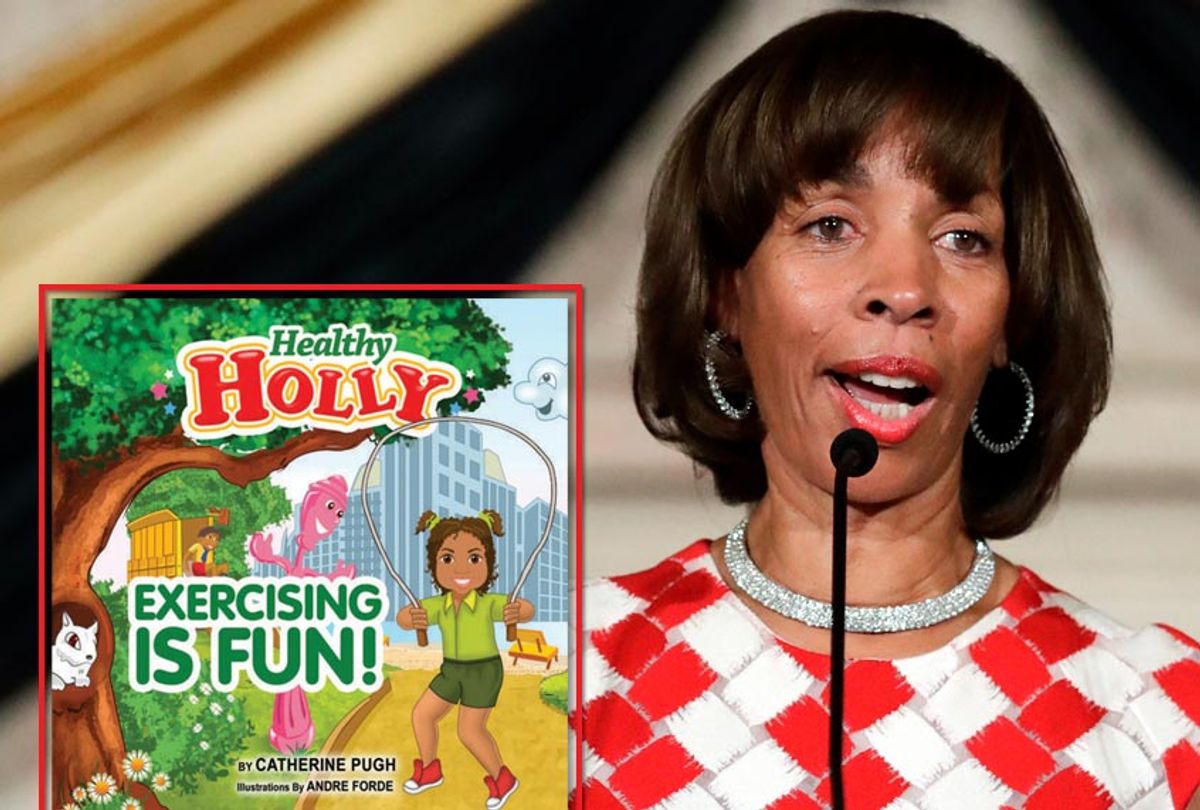 Baltimore has caught the attention of the country again.

No, a Johns Hopkins scientist didn’t cure some rare disease, nor did a project kid get offered a full ride to every Ivy League University in the country. That would be great! But as a loyal Baltimore resident I can honestly say that we rarely go viral for great. Plenty of great things do happen in Baltimore; however, our viral stories are normally centered around silly things like a mom beating her son for wanting to riot; our stealing, overtime-frauding, drug-dealing police force; our ridiculous murder rate; or the senseless death of an innocent, unarmed black man in police custody for which no one was held accountable. This week the national attention was brought about by a poorly written, self-published children’s book: "Healthy Holly," authored by our Mayor Catherine Pugh.

I spit my juice out all over my shirt and jeans when I saw Mayor Pugh's face on the most recent episode of John Oliver’s HBO show "Last Week Tonight." Once the British comedian said, “Let’s move on now to Baltimore, a great place to get crabs if you can’t find Post Malone,” I knew we were in trouble.

“Baltimore has a long history of corruption, but its latest scandal is truly remarkable,” Oliver stated, before going on a rant about how the mayor banked $800,000 by selling copies of her typo-ridden books to people who had contracts with the city.

As a board member of the University of Maryland Medical System, Pugh was paid $500,000 to supply 100,000 unsolicited copies of "Healthy Holly" for Baltimore City public school students. Pugh has admitted to not completing the order, with 8,700 untouched copies collecting dust in warehouse, as if the Baltimore City Public School System suddenly has books to spare. The other $300,000 — that we know about — came from a collection of charities and local business owners.

“It is hard to believe Pugh’s books were bought purely on the base of literary merit,” Oliver laughed. “In her educational children’s book about eating right, she spelled f**king 'vegetable' wrong!”

Oliver also pointed out her inability to consistently spell Herby/ Herbie, one of the main characters' names, and how silly little Holly’s family looked eating huge salads with a small side of salad for dinner. In Pugh’s initial response to the claim, she not only defended the book, but also promoted a line of baby clothes she was selling, including bibs and onesies that challenged babies to eat healthfully and to run, skip and dance, as if infants are capable of reacting to her messaging.

“While there have been no formal charges so far, the whole thing does not look good for Baltimore’s mayor," said Oliver. "And unless there’s a very good explanation here that I can’t see and does not exist, it might be better for her to read the writing on the onesie and walk, run, crawl, skip or dance her way out of office.”

“The entire membership of the Baltimore City Council believes that it is not in the best interest of the City of Baltimore for you to continue to serve as Mayor,” the council members wrote. “We urge you to tender your resignation, effective immediately.”

The letter was signed by every member of the council except City Council President and acting mayor Bernard C. “Jack” Young, who has repeatedly said that he doesn’t want the job.

“Mayor Pugh has taken a leave to focus on recovering from pneumonia and regaining her health,” Pugh’s office clapped back in an statement, saying that she “fully intends to resume the duties of her office and continue working on behalf of the people and the City of Baltimore.”

Beyond John Oliver, city residents, and elected officials — every thinking person aware of the story is looking at the mayor like she's a joke. That goes especially for people caught up in the struggle, because Pugh has not been a champion in a time when our city is in dire need of real leadership.

Pugh assumed office in 2016, the year after Freddie Gray died in police custody. It felt like Baltimore city had a stake on every news channel as the nation waited to see how we’d respond to the unrest his death unleashed on the city. As a candidate, Pugh had responded to a Metropolitan Baltimore AFL-CIO questionnaire that asked, “Many cities nationwide have passed ordinances that raise the minimum wage of $15 per hour. Would you be in favor of Baltimore raising its minimum wage to $15 per hour?"

"Yes, I would.” Pugh responded. “I am aware of the current initiative to raise the minimum wage in the City Council to $15 per hour and when it reaches my desk I will sign it."

I didn’t know much about Pugh at the time. And admittedly, I didn’t end up voting for her. However, I was excited to see her win because of that promise. Systemic poverty is and has been Baltimore’s biggest problem­­. Raising the minimum wage wouldn’t cure all of the ills instantly, but it would have been a huge step in the right direction.

The bill reached her desk and she vetoed it.

"You know, I don’t think they make you swear on the Bible," Pugh said of the Metropolitan Baltimore AFL-CIO survey. "They ask you if you would support and I absolutely do support. But when you ask me as the chief executive officer of this city what I will do as it relates to the conditions of this city currently and where we are economically, I have a right and a responsibility to respond on behalf of all the citizens of this city."

From that moment on, she looked like any other worthless politician to me. Maybe raising the minimum wage would upset some of her "Healthy Holly" donors? Who knows? But I do know that angling for hundreds of thousands of dollars in proceeds from a book that no one asked for in an economically starving city is not a great way to make friends or extend real leadership. Add that to the fact that there are so many people in Baltimore doing real work and could’ve used those proceeds to enact real change, makes this whole ordeal a disgusting mess. So disgusting, I can’t do anything but laugh.