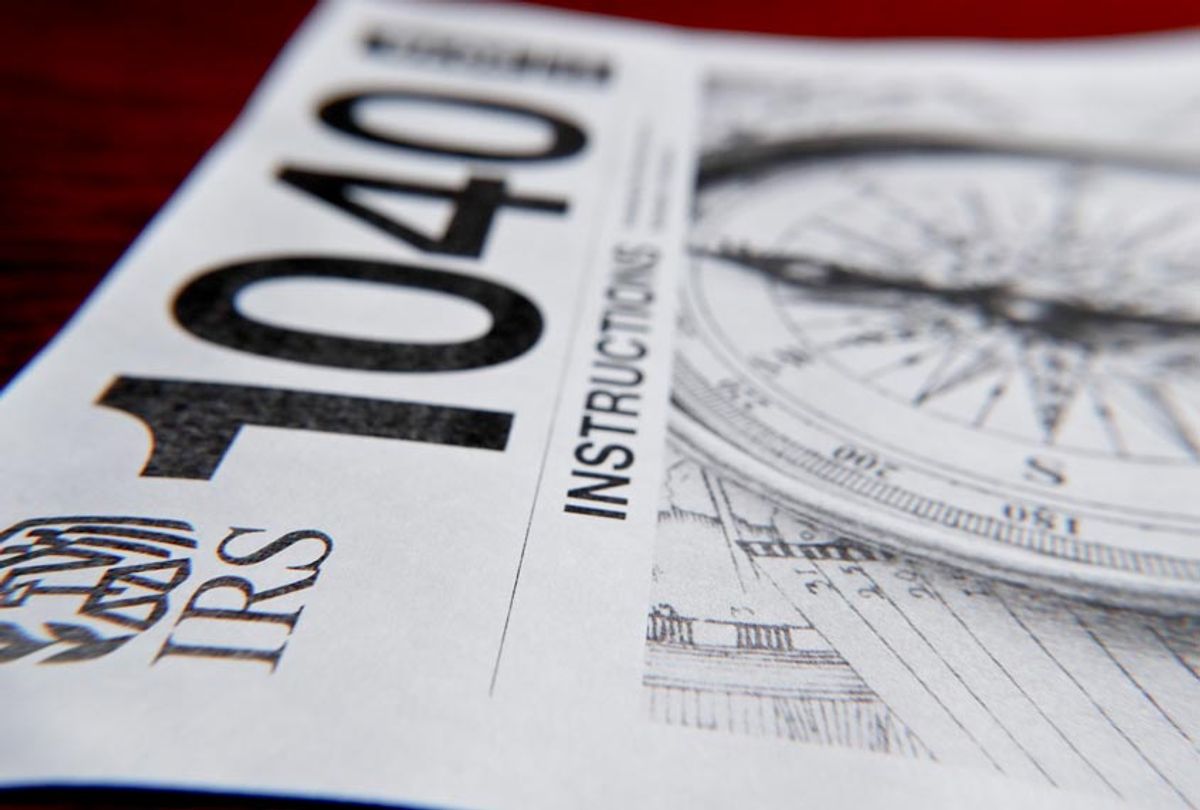 The House Ways and Means Committee last week approved the Taxpayer First Act, which is sponsored by Rep. John Lewis, D-Ga., and Rep. Mike Kelly, R-Pa. Among other things, the bill would make it illegal for the IRS to create a free electronic tax filing system.

The bill, which would still have to pass the full House as well as the Senate, comes after companies like H&R Block and Intuit, the maker of TurboTax, spent years lobbying against an IRS-run system because it would threaten their profits.

The IRS currently has an agreement with an industry group called Free File Alliance, under which the IRS has agreed not to create its own free online system as long as the companies offer free filing for Americans below a certain income threshold, ProPublica reported. Members of the Free File Alliance have said in SEC filings that an IRS-run system would create a “continued competitive threat to our business” that “could potentially have material and adverse revenue implications.”

The two companies spent a combined $6.6 million on lobbying related to the IRS filing deal and other issues just last year, the outlet added, and gave Ways and Means Committee chair Rep. Richard Neal, D-Mass., $16,000 in contributions over the last two election cycles.

The Free File Alliance says that 70 percent of Americans are eligible to use free filing services offered by the for-profit companies. Under the agreement, the companies allow access to the services to any taxpayers who earned less than $66,000. But the group admitted last year that just 3 percent of eligible taxpayers use the free offerings. Critics say the companies use the services to upsell their paid products and use deceptive marketing practices to trick users into signing up for paid services.

Sen. Ron Wyden, D-Ore., who is co-sponsoring the legislation in the Senate with Iowa Republican Chuck Grassley, defended the bill, noting that the for-profit tax companies’ agreement to provide free filing services to those under the income threshold would be codified into law. He also said that the bill includes a provision backed by Democrats to restrict the IRS’ use of private debt collectors to go after unpaid taxes, so it will only affect taxpayers above a certain income threshold.

The bill is a “bipartisan, bicameral compromise so it includes priorities of both chairmen and ranking members,” a Wyden spokesperson told ProPublica, adding that the senator “supports giving the IRS the resources it needs to offer more services to taxpayers.”

Neal defended the bill by claiming it would “protect low- and moderate-income taxpayers.” But critics on the left say the bill is nothing more than a giveaway to big tax preparation companies.

Dan Riffle, the policy director for Rep. Alexandria Ocasio-Cortez, D-N.Y., congratulated TurboTax and H&R Block on Twitter “for their successful acquisition” of Neal “and the entire Democratic leadership.”

Experts have long said that the IRS needs to do more, not less, to help taxpayers. Vox’s Dylan Matthews noted that providing a free e-filing system is the least the IRS can do to aid taxpayers. Because the IRS already receives copies of most employees' salary data, it could easily do what government agencies in Denmark, Spain and Sweden already do: provide taxpayers with pre-filled tax forms that contain the salary data the agency already has. Such a move could save up to $2 billion and 225 million hours in prep costs, ProPublica reported in 2013. The outlet added that Intuit strongly opposed such a plan and spent $11.5 million on federal lobbying over five years, more than even companies like Apple and Amazon, to oppose it.

“The IRS has all the information required to do that for all but a few taxpayers, and the main reason it hasn’t to date is lobbying by companies like TurboTax and H&R Block,” Matthews wrote at Vox. “Banning the IRS from offering an equivalent product to those companies for free would hurt consumers, provide no social value, and purely serve to increase ill-gotten rents for two of the most pointless companies currently involved in American capitalism. There is no excuse for Congress passing this provision.”