Why Donald Trump wants the Mueller report, and his taxes, kept secret 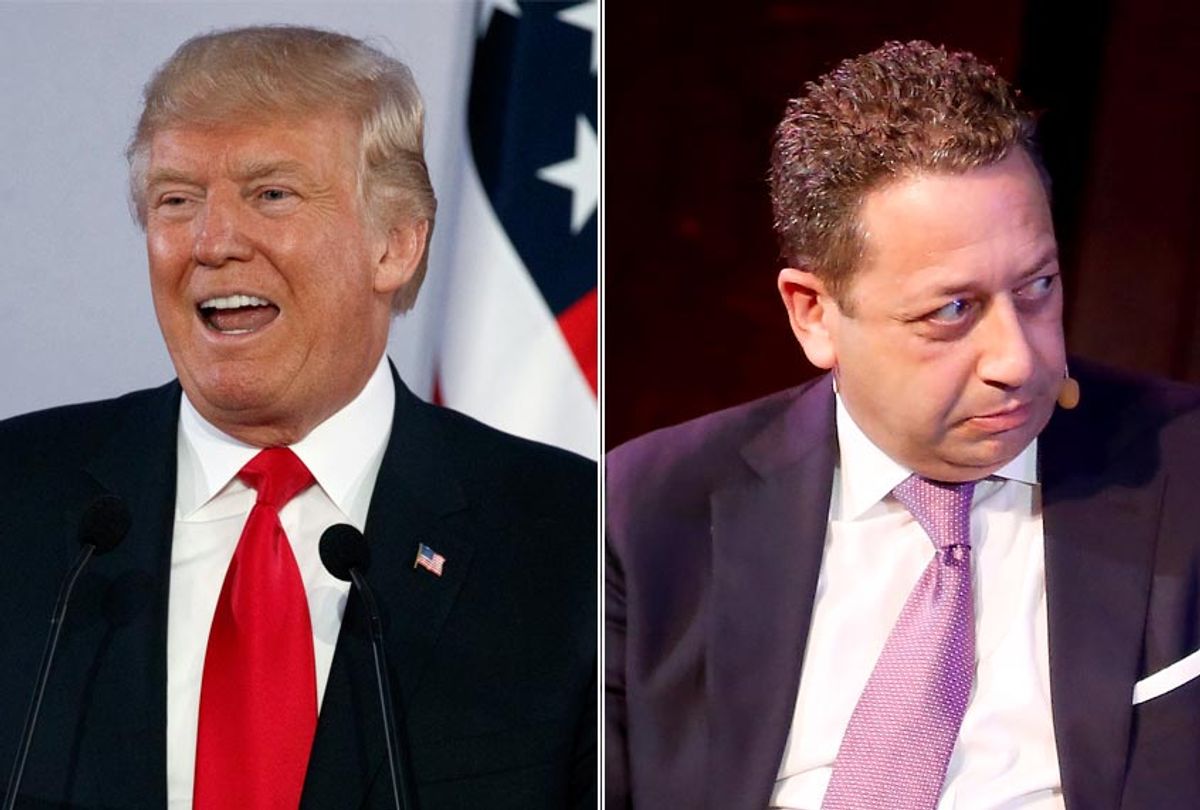 This article was originally published by DCReport. Used by permission.

Donald Trump’s desperate efforts to both hide special counsel Robert Mueller’s findings, as well as his own tax returns, take on new meaning in light of documents a federal judge unsealed at my request.

Together with a new lawsuit filed against Felix Sater, a Russian-born mobster and government informant who worked closely with Trump for years, the unsealed documents also help explain why Trump is so determined to discredit the FBI.

The bureau should have intimate knowledge of business dealings between the mobster and Trump, who despite being cut off by every major bank except one, was flush with cash after a few years of working with Sater. The one bank that kept loaning Trump money was Deutsche Bank, which has been fined more than $600 million for laundering money for Russians.

Sater testified in secret before the House Intelligence Committee 16 months ago that he helped prevent financial crimes and terrorist attacks, including by obtaining Osama bin Laden’s telephone number and locations of al-Qaida weapons caches, and providing photos and other information on a North Korean military operative trafficking in nuclear bomb materials.

That means that between Trump, when he was a private citizen, and a host of Russian criminals and a North Korean nuclear weapons materials trafficker there is only one degree of separation: Sater.

For years beginning in late 2001 or 2002, Sater traveled widely looking to develop Trump Organization real estate projects. Sater had an office in Trump Tower, near Trump’s own office.

Sater and Trump worked closely together on real estate projects in Florida, Colorado, Arizona and Moscow. Most of the projects failed or devolved into litigation by angry bankers and investors because huge sums of money were missing.

Trump and Sater’s last project together was the largest: the 46-story Trump SoHo hotel and office tower in Manhattan.

Trump signed a letter authorizing a recapitalization of the troubled project in which bankers and buyers lost money. Millions of apparently untaxed dollars of profits for Trump, Sater and others vanished into an Icelandic bank under the thumb of a Russian oligarch — prompting extensive litigation, efforts by Trump and others to seal court files and eventually removal of the Trump name from the building.

“Sater has traveled to a foreign country,” the document states, “along with FBI special agents in order to assist them in their investigations of in that country. Further travel is expected,” the document revealed.

The unsealed court document states that “Sater also taped target(s) in excess of 30 consensual recordings. Further taping is ongoing and is expected to be long-term.” The letter does not indicate whether the recordings were audio or video.

The unnamed country is likely in the former Soviet Union, where Sater traveled often, ostensibly in search of Trump projects.

These revelations came in letters to Judge I. Leo Glasser of U.S. District Court in Brooklyn.

The letters, dated Aug. 31, 2004, and Feb. 3, 2005, were written by Miles H. Malman, an attorney in Hollywood, Florida, who was representing Sater after a second felony conviction.

Malman sought further delays in sentencing Sater for his admitted role as one of the owners of a criminal brokerage filled with New York mafiosi and Russian mobsters. The indictments, unsealed in 2000, of 19 individuals charged that they swindled investors out of more than $40 million.

Sater and two confederates flipped and became cooperating witnesses. The government continued to delay his sentencing while using him to pursue at least two criminal organizations in the unnamed countries.

What criminal activities the FBI and other federal agencies may have allowed Sater to pursue at home or abroad, perhaps to maintain his cover, are not publicly known.

However, a lawsuit filed March 25 by the city of Almaty, Kazakhstan, accuses Sater of laundering $40 million of at least $4 billion — note that B — which the Kazakh government says was stolen from its treasury and a state-owned bank. The allegation bolsters the claim of a civil RICO suit filed in 2010 that states that Sater’s firm was a massive money-laundering operation for monies from the former Soviet Union, all while Sater was working with Trump.

The plaintiffs cite DCReport in their complaint.

Sater has called the Almaty lawsuit a “cheap and desperate retaliation” for his seeking $10 million in an arbitration claim.

When Sater was finally sentenced in 2009, he was referred to in court papers as “John Doe” and Felix “Slater,” and the document was initially sealed. Sater got off without serving time or even probation, without restitution and only a $25,000 fine. He also surrendered a home.

These efforts to hide Sater's identity, even after a drunk driving arrest shortly before sentencing on Long Island where he lives, show how valuable an asset he was considered by the FBI and other national security organizations, as well as federal prosecutors in both the Eastern District of New York (Brooklyn) and the Southern District of New York (Manhattan). Representatives of various national security agencies attended the sentencing hearing, court papers show.

That FBI agents traveled with Sater and that he made so many recordings is further proof that he was being closely supervised by the FBI and Justice Department lawyers. At the same time that Sater worked as a spy for the FBI, he was also working closely with Trump.

Sater has acknowledged that he reported “daily” to his FBI handlers for years. How many details he reported of what he saw at Trump Tower and within the Trump Organization and what was placed in his file is unknown.

What FBI agents know, or might know, about Trump’s financial dealings during the years he worked with Sater would be of immense concern to Trump, especially if he laundered money for Russian-speaking individuals or their organizations.

The documents also help explain why Trump falsely testified under oath in a civil case that he barely knows Sater, even though the two men worked closely together for years. Trump gave the mobster an office in the Trump Organization suite in Trump Tower after he was sentenced, just a few doors down from his own office, said Michael Cohen, who was for years Trump’s lawyer and fixer.

“I mean, I’ve seen him a couple of times; I have met him,” Trump said in a video deposition in a court case involving Sater in 2013. “If he were sitting in the room right now, I really wouldn’t know what he looked like.”

Were Trump engaged in money laundering during the Sater operation, and it was done with the approval of the FBI and Justice Department prosecutors, it would shield him from liability, which makes his insistence on such secrecy curious at best. However, any criminal activity not sanctioned by the FBI and other agencies to protect Sater’s spy operation would not be protected nor would any activity not properly disclosed to Sater’s handlers.

The first newly unsealed letter, written by Malman in summer 2004, refers to Sater’s ongoing work as an informant:

“As the Court may recall, Mr. Sater has been involved in ongoing cooperation activities with law enforcement agents, and has provided truthful and credible information on a wide variety of criminal activities, some of which has already led to criminal prosecution of others.”

Malman then refers to work Sater is doing that necessitates the postponement of his sentencing, in this case for six months: the “long-term investigation into major international criminal organizations.”

Sater hid his felony record from investors (and also lenders) in their real estate deals, in apparent violation of both banking and real estate sales disclosure laws. There is no definitive proof that Trump knew of Sater’s criminal record, but under U.S. law Trump had an obligation to vet Sater. Either way, Trump has a problem.

How much did Trump know? And how much did Trump’s business depend on laundered or other money generated by Sater? Mueller’s report and Trump’s tax returns and the books and records used to prepare those returns could answer that question. And that’s what Trump wants kept under lock and key.

C. Collins is an American independent journalist currently based in Europe.