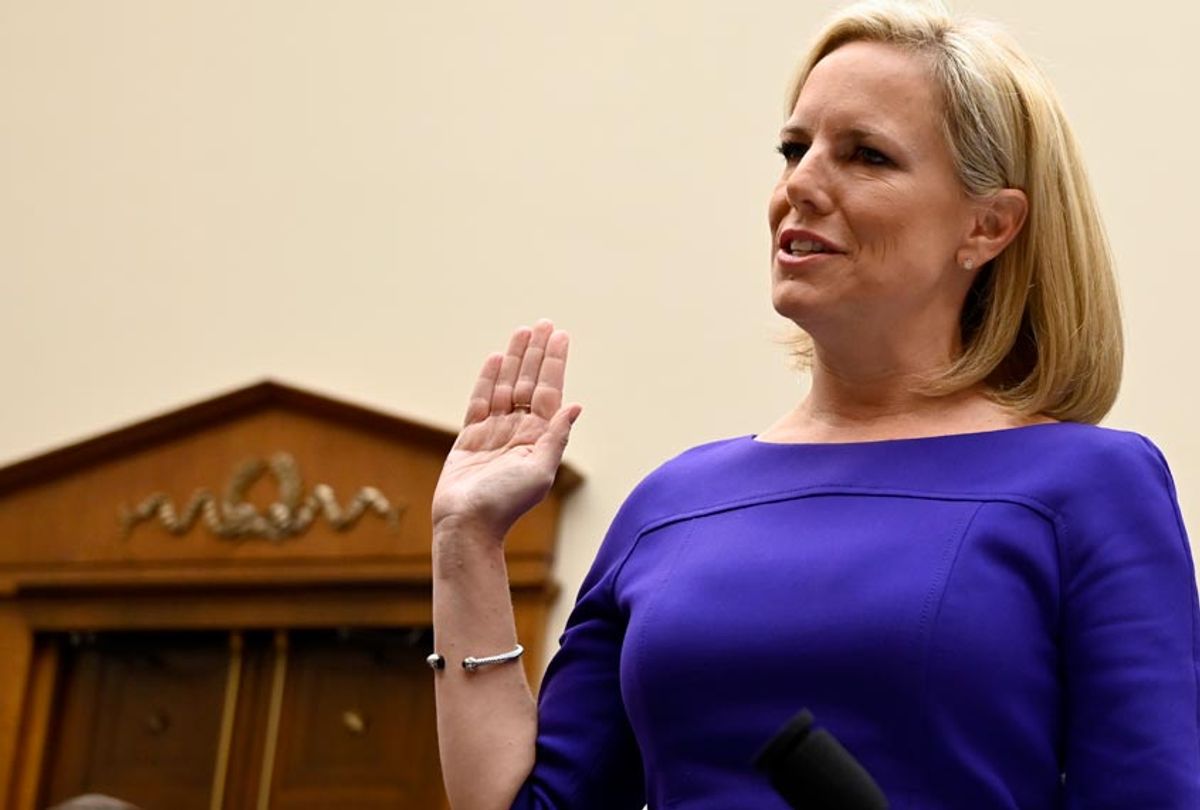 Republican operatives acknowledge that it will be hard for newly-ousted Homeland Security secretary Kirstjen Nielsen to get a new job given her reputation over the department’s brutal policies.

Sources close to Nielsen’s former team at Homeland Security told The Atlantic that although people who leave senior government positions like DHS secretary typically have their pick of high-powered private sector jobs, things are dicier for the ex-secretary.

“She’s going to have a real challenge getting on boards,” one GOP operative familiar with Nielsen’s team and their thinking said in the wake of her forced resignation.

Even prior to her ouster, people close to the ex-DHS secretary knew her association with the Trump administration’s zero-tolerance immigration policy would be damaging.

“It was like, ‘We’re going to get hung with this,’” the operative said. “So they were thinking even then, ‘What does she do after this?’”

A former senior White House official put it even more bluntly in an interview with The Atlantic.

“Family separations make her completely and totally unhirable,” the ex-official said. “I mean, major companies will face employee or shareholder protests over hiring any high-profile Trump person. But for someone who oversaw that debacle, holy crap—it’d be insane.”

The ex-GOP operative noted that although Republicans “almost always have a tougher time landing sexy corporate posts” after leaving their respective administrations, President Donald Trump “has just exacerbated that to such an insane degree.”

A current Trump campaign official added that Nielsen faces another hurdle due to her resignation as well — that she also is no longer in the president’s good graces.

“Her perceived disloyalty and lack of alignment with her principal will be more damaging,” the campaign official told The Atlantic.