Despite his mild, professional demeanor, Barr may outdo Matt Whitaker when it comes to doing Trump's bidding 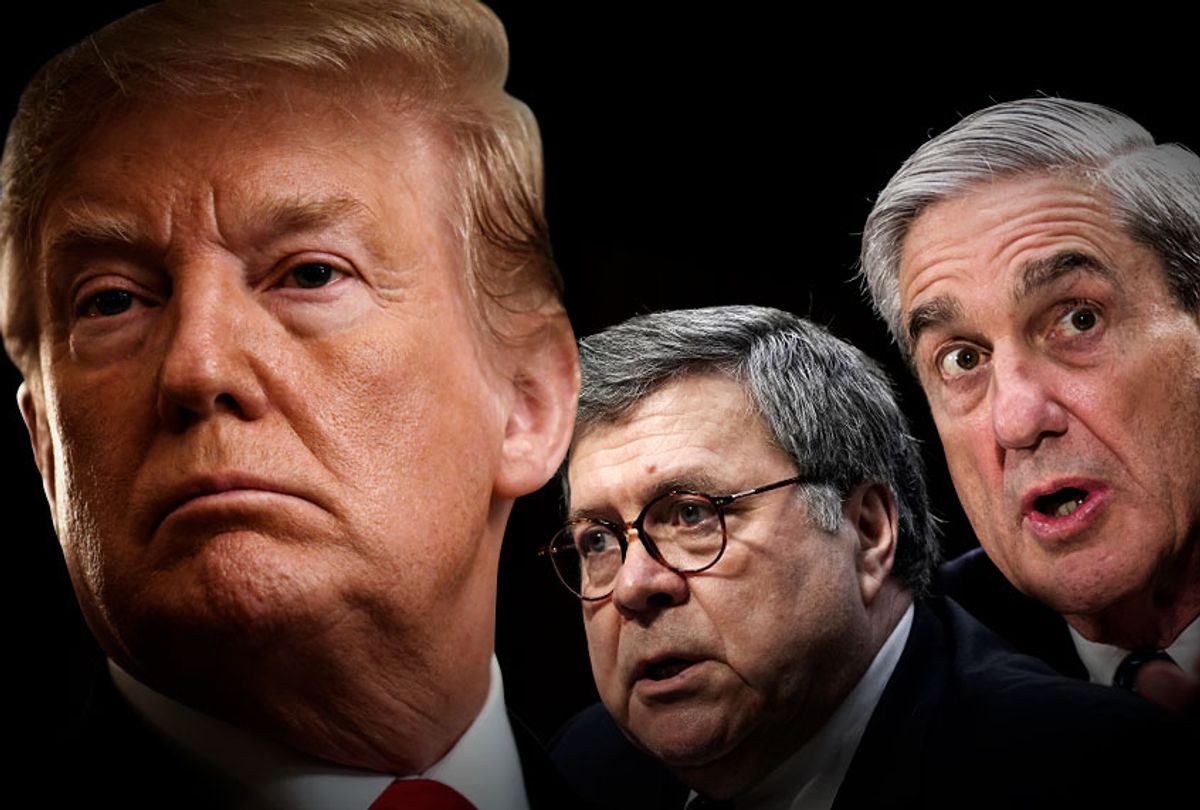 If there was anyone left who wondered if Attorney General William Barr was an institutionalist or a Trump loyalist, this week has cleared that up. He is Trump's man at the Department of Justice, ready and willing to advance the White House line regardless of how it might affect his own credibility. After Barr's two days of testimony, first before the House Appropriations Committee and then the Senate Judiciary Committee, it's unclear if he is even aware that such a thing might be important. The much maligned Matt Whitaker, Trump's former acting attorney general, may end up being remembered as more of an honest broker than Barr is turning out to be.

In his appearance before the House committee, Barr was dismissive of questions about the Mueller report, arrogantly declaring that he'd said everything he intended to say until his version is released to the Congress. He did promise to present a color-coded set of redactions so that the clairvoyants who will be tasked with trying to figure out what the report actually says will know what category of information is being denied to the public, which is nice.

The big news from that hearing was that Barr announced "I am reviewing the conduct of the investigation and trying to get my arms around the aspects of the counterintelligence investigation that was conducted in the summer of 2016," which got the right wing very excited. You can't blame them. Their fatuous "Deep State" counter-narrative, which holds that the FBI and the intelligence community banded together during the election to sabotage Donald Trump's campaign had seemingly been validated by the attorney general of the United States.

But no one was more excited about it than President Trump, who ranted incoherently about treason and expressed his gratitude that Barr was finally going to get to the bottom of the "attempted coup":

Barr is on record saying that he believes the president has a right to order the attorney general to investigate his political rivals, so it's no surprise that he'd have no problem following Trump's public directive. At his appearance before the Senate Judiciary Committee he made that clear. When Sen. Jeanne Shaheen, D-N.H., asked him about this, he replied:

One of the things I want to do is pull together all the information from the various investigations that have gone on, including on the Hill and in the Department [of Justice], and see if there are any remaining questions to be addressed.

Shaheen followed up by asking why this was necessary and what Barr was looking for. He gave a patently disingenuous rationale:

I think spying on a political campaign is a big deal. It’s a big deal. The generation I grew up in, which was the Vietnam War period, you know, people were all concerned about spying on the antiwar people and so forth by the government. And there were a lot of rules put in place to make sure that there’s an adequate basis before our law-enforcement agencies get involved in political surveillance. I’m not suggesting that those rules were violated. But I think it’s important to look at that. And I’m not just not talking about the FBI, necessarily, but intelligence agencies more broadly.

This Republican attorney general comparing the heinous overreach of the Nixon-era Cointelpro program with this counterintelligence investigation into foreign interference in an election campaign was laughable. But considering that Fox News talking heads have absurdly appropriated the traditional left-wing "Deep State" critique of the intelligence community to serve the authoritarian leader who is currently ranting that "we have to get rid of judges" every chance, it's hardly surprising.

Shaheen followed up by asking, “You’re not suggesting, though, that spying occurred?”

Of course, he was suggesting exactly that. He knows very well that the DOJ inspector general has already been investigating the Russia investigation, including all the bogus issues Fox and the Republicans have been blathering about for the last year and a half. Indeed, his use of the word "spy" in this context reflects the success of what Trump considers his greatest talent: branding.

Recall that last spring there was a brief kerfuffle over the news that an FBI informant had approached Trump advisers Carter Page, George Papadopoulos and Sam Clovis during the campaign (which their testimony later revealed added up to nothing). Right-wing media twisted this into a new scandal in which Barack Obama had ordered a spy to be installed inside the campaign. Trump ran with it:

The AP reported at the time:

President Donald Trump has branded his latest attempt to discredit the special counsel’s Russia investigation as “spygate,” part of a newly invigorated strategy embraced by his Republican colleagues to raise suspicions about the probe that has dogged his presidency since the start. ...

Trump has told confidants in recent days that the revelation of an informant was potential evidence that the upper echelon of federal law enforcement has conspired against him, according to three people familiar with his recent conversations but not authorized to discuss them publicly. Trump told one ally this week that he wanted “to brand” the informant a “spy,” believing the more nefarious term would resonate more in the media and with the public.

Barr said in his hearing on Wednesday that if there were “issues at the FBI,” it was “probably a failure among a group of leaders there at the upper echelon.”

This "Spygate" episode is just one tentacle of the laughably baroque right-wing counter-narrative, but it's clear that the new attorney general is highly conversant with its talking points. This isn't the first time Barr has shown that he's spent way too much of his time watching Sean Hannity and Lou Dobbs. He told the New York Times last year, “I have long believed that the predicate for investigating the uranium deal, as well as the [Clinton] foundation, is far stronger than any basis for investigating so-called ‘collusion.'"

Now we know that he's been so thoroughly indoctrinated in this right-wing newspeak that even having access to the real intelligence can't pry open his mind. He's a Trump true believer.