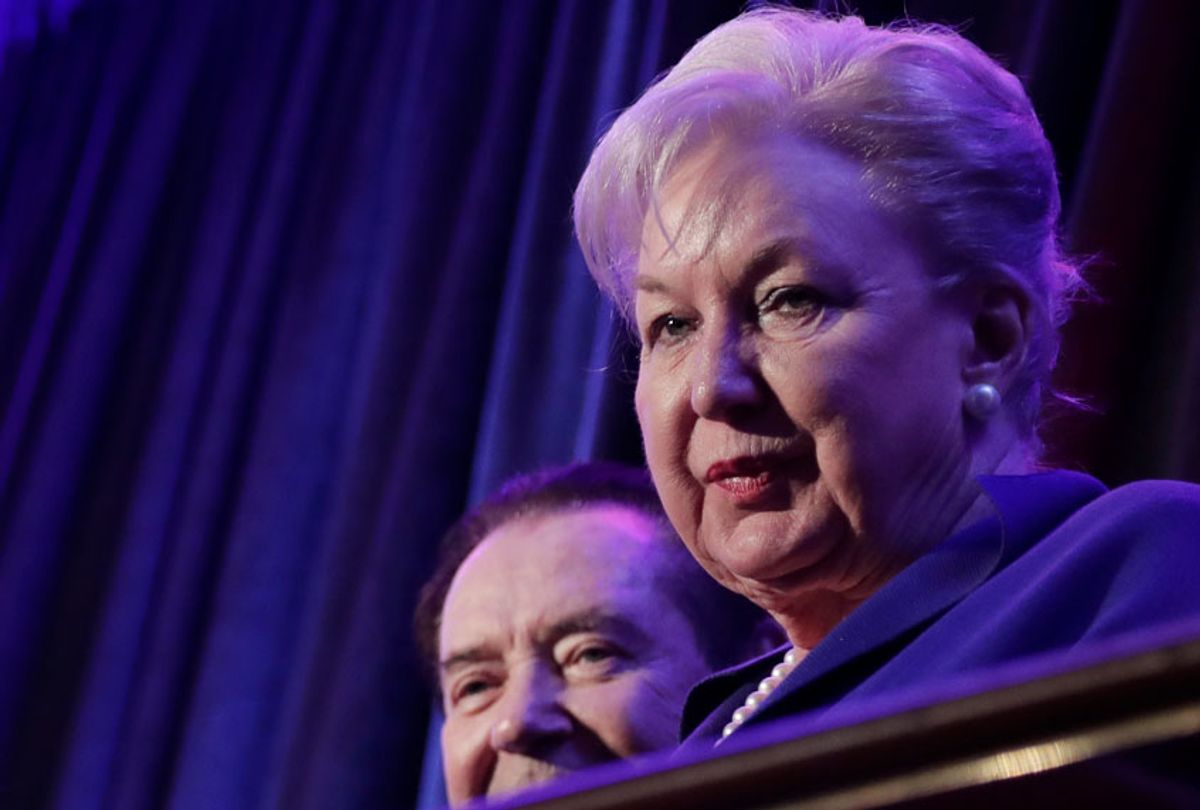 Judge Maryanne Trump Barry, the elder sister of President Trump, retired as a federal appeals court judge days after she came under investigation over a fraudulent tax scheme involving the president that was reported last year by the New York Times.

The Trump family used a fraudulent scheme to avoid taxes on hundreds of millions of dollars President Trump and his siblings inherited from their father, according to a Times investigation.

Barry, 82, received a letter in February informing her of complaints the court had received stemming from the report and said the investigation was “receiving the full attention” of a judicial conduct council, the Times reported on Wednesday. Barry filed her retirement papers 10 days later.

Her retirement makes her immune from judicial misconduct proceedings since she is no longer a sitting judge. Complainants were notified last week that the investigation was dropped.

Barry had not heard cases for more than two years prior to her retirement but was still listed as an inactive senior judge.

Scott Shuchart, a former lawyer at the Department of Homeland Security who filed one of the complaints, told the Times that he found it “galling” that Barry would receive a pension despite the misconduct allegations “just because she changed from one form of retired status to another.”

According to the Times investigation, Barry was the co-owner of All County Building Supply & Maintenance, a shell company created by the family to siphon millions from Fred Trump’s real estate empire. Barry, her siblings and a cousin split the money, which was free from gift and estate taxes.

Barry, who was appointed to the federal bench by Ronald Reagan in 1983 and elevated to the U.S. Court of Appeals for the Third Circuit by Bill Clinton in 1999, said on her 1999 financial disclosure form that her share of the All County income had been more than $1 million over the previous 17 months.

Barry also benefited from the “gross undervaluation of her father’s properties,” a scheme that saved the family tens of millions of dollars in taxes, the Times reported. When the family sold off Fred Trump’s empire between 2004 and 2006, Barry’s share of the profits totaled $182.5 million.

All told, Fred Trump transferred more than $1 billion in wealth to his children, which should have come with a 55 percent tax rate that was imposed on gifts and inheritances at the time. Rather than pay more than $550 million, the Trumps paid a total of $52.2 million in taxes, or roughly a 5 percent rate, according to the Times.

An attorney for President Trump denied The Times report, calling it “100 percent false” and “highly defamatory.”

But the report caught the eye of New York tax investigators. The New York State Taxation authority released a statement in October 2018, saying it was “reviewing the allegations in the New York Times article" and "vigorously pursuing all appropriate avenues of investigation.”