Son Volt's Jay Farrar is "singing about the dark times" on "Union," the new protest album 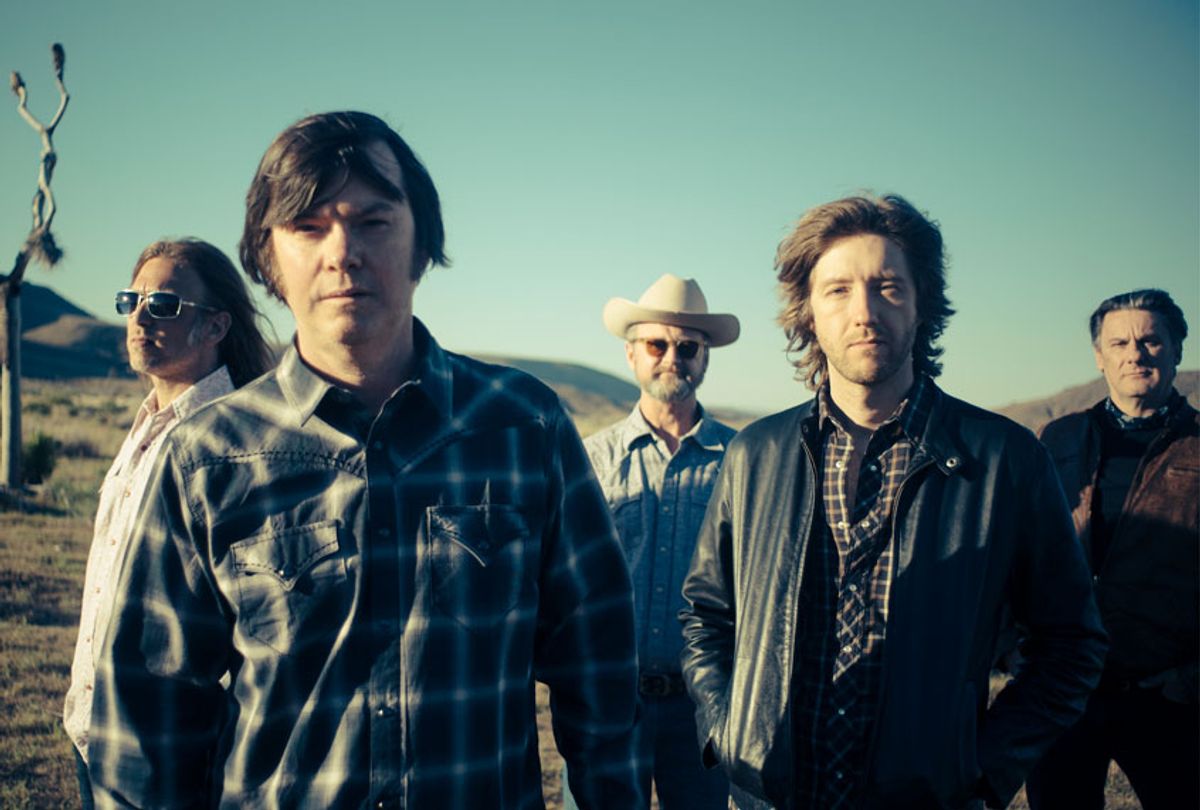 The dearth of protest music amid America’s psychotic episode, otherwise known as the Trump presidency, is a sad indictment of American songwriters, performers and record companies. Novelists, poets, television creators, and filmmakers have all given a robust response to the barbaric and boneheaded policies of the Trump administration, but music, at least in its most mainstream iterations, has remained mostly silent.

In 2017, Gov’t Mule released the aggressive album of brilliant musicality, “Revolution Come…Revolution Go,” and its opening songs, “Stone Cold Rage,” “Drawn This Way,” sound exactly as a citizen of conscience would expect protest anthems to sound — angry, fiery and ready to wage war. (The new single from Nada Surf, "Song for Congress," written in response to Trump's policy of family separation at the border, is also a notable standout.)

“Union,” the new record from veteran alt country/Americana band Son Volt is striking for both its lyrical focus and musical approach. Like “Revolution Come…Revolution Go,” Son Volt initiates an artistic confrontation with the sociopolitical reality of American life accessible in the headlines and on the ground. Exploring the vicissitudes of the past four years allows Jay Farrar, the chief songwriter and lead singer of Son Volt, to engage in the most elemental act of citizenship — exercising his First Amendment right, through the gift of his compositional and performative voice to contribute to the conversation of his country.

Unlike Gov’t Mule, and much of this is due to the bands’ stylistic differences, Son Volt is not bringing ballistic firepower to its record. Instead, it is presenting itself as an intimate partner in dialogue — a quiet companion in the corner of a bar on a small town street. As the lights dim, and the taps pour out beer like faucets, here is someone who, feeling otherwise powerless, has something to say.

I recently spoke to Jay Farrar over the telephone. Preparing for Son Volt’s upcoming tour to promote “Union,” Farrar spoke to me from his Missouri home. “When I was thinking about how I could be a citizen,” he said, “I thought, ‘what can I do?’, and that’s when I decided to write songs.”

“Protest music is second nature to me, because I grew up listening to Woody Guthrie and Bob Dylan,” Farrar said. “There were songs like ‘Ohio’ by Crosby, Stills, Nash and Young. Even ‘Sweet Home Alabama’ had a little hit to George Wallace.” When I asked him about the relative absence of protest music in contemporary music, he remarked that it is “unfortunate,” and added that he hopes the new Son Volt record can help inspire more protest music, along with encouraging listeners to develop more “awareness and skepticism” in the era of Trump’s madness, right wing hatred, and extreme inequality.

Farrar explained that the lyrics are the simple result of his “perspective” meeting the headlines, but that it was important to balance the protest music with songs of story that present a subtler means of considering American life in the 21st Century.

“Union” is both a protest record and a tribute to protest records. Farrar recorded all the basic voice and guitar tracks at the Woody Guthrie Center in Tulsa, Oklahoma and the Mother Jones Museum in Mt. Olive, Illinois. Mary Harris “Mother” Jones was a dressmaker and school teacher who became one of the most effective leaders of the labor movement, advocating for child labor laws, fair wages, workplace safety standards, and collective bargaining rights, while Woody Guthrie, of course, was the most important political folk songwriter of American music. His songs, such as “This Land is Your Land,” “Blowin’ Down This Road,” and “Do Re Mi,” were essential to the formation of Bob Dylan, Joan Baez, John Mellencamp, and countless other singer/songwriters around the world.

Jones and Guthrie are also important reminders that there exist formidable traditions of progressive politics in the American South and Heartland. The clichéd red and blue map of American electoral review and forecast cannot capture the nuances of the American story. Eugene Debs, the first socialist candidate for president, was from Indiana. Fannie Lou Hamer, one of the country’s most important civil rights leaders and women’s rights activists, was from Mississippi. Jay Farrar, writing and singing under the influence of those icons and so many others, was born in Belleville, Illinois, and currently lives in St. Louis.

Several times throughout our conversation, he used the word “Midwest” to describe an indefinable sensibility that informs much of his work. “Union” is not only addictively enjoyable, but it is also a powerful document of resistance against the politics that now dominate much of Midwest.

“‘Union’” speaks to how media conglomerates make profit by dividing people,” Farrar said, “and I like to think that a Midwest sensibility can see through that. So, the song itself is really inspired by my father, who always talked about the importance of doing something to serve others, and that more service will help us overcome our differences.”

The record opens with “While Rome Burns,” a folk rock exercise in observing the absurdity of American culture, with a reference to Orwell:

Son Volt’s urgency and intensity only gathers strength with the second song, “The 99.” Farrar might receive the most attention in the band, as leaders often do, but Son Volt’s instrumentalists play with dexterity and power. The drum work of Mark Patterson is straightforward, but dynamic, and the bass, keyboards, and guitar leads make the simple, but effectual music snap with electric energy — something that is essential for supporting lyrics like those in the first verse of “The 99”:

Journalists in jail covering the scenes
The profit columns rise for the corporate machines
Take the stand now, protest and holler
Desecration of the land for the almighty dollar

Of the story songs, the most mesmeric are “Reality Winner” and “The Symbol.” “With Reality Winner, I took on the voice of a character who becomes a whistle blower,” Farrar said. An aching ballad, “Reality Winner” pays homage to the Air Force intelligence officer who leaked an NSA report on election interference to the media.

In “The Symbol,” Son Volt adopts the voice of an immigrant from Mexico who helped rebuild New Orleans after Hurricane Katrina, and fears separation from his American-born children.

The sadness of the music complements the cry of the lyrics. It also helps underscore that there is an element of genuine conservatism in the opposition to Trump and his supporters. It is they who have adopted radical positions out of alignment with identifiable American traditions.

Farrar himself amplifies tradition with his composition of music for the Joe Hill lyrics “Rebel Girl.” Hill, a singer and union organizer, wrote a story about two young lovers united in their affection for one another, and their commitment to worker’s rights. The presence of “Rebel Girl,” along with the two historical sites where Farrar recorded the basic tracks, is a reminder that protest, political organization, and resistance to unjust use of power are as American as "The Star Spangled Banner."

“Union,” in small but artistically sophisticated style, enhances the tradition of protest at the heart of participatory democracy.

“My wife recently read me a Bertolt Brecht quote,” Farrar said, referring to the German playwright and poet who was forced to flee his country during Nazi rule. “‘In the dark times will there be singing? Yes, there will be singing about the dark times.’”