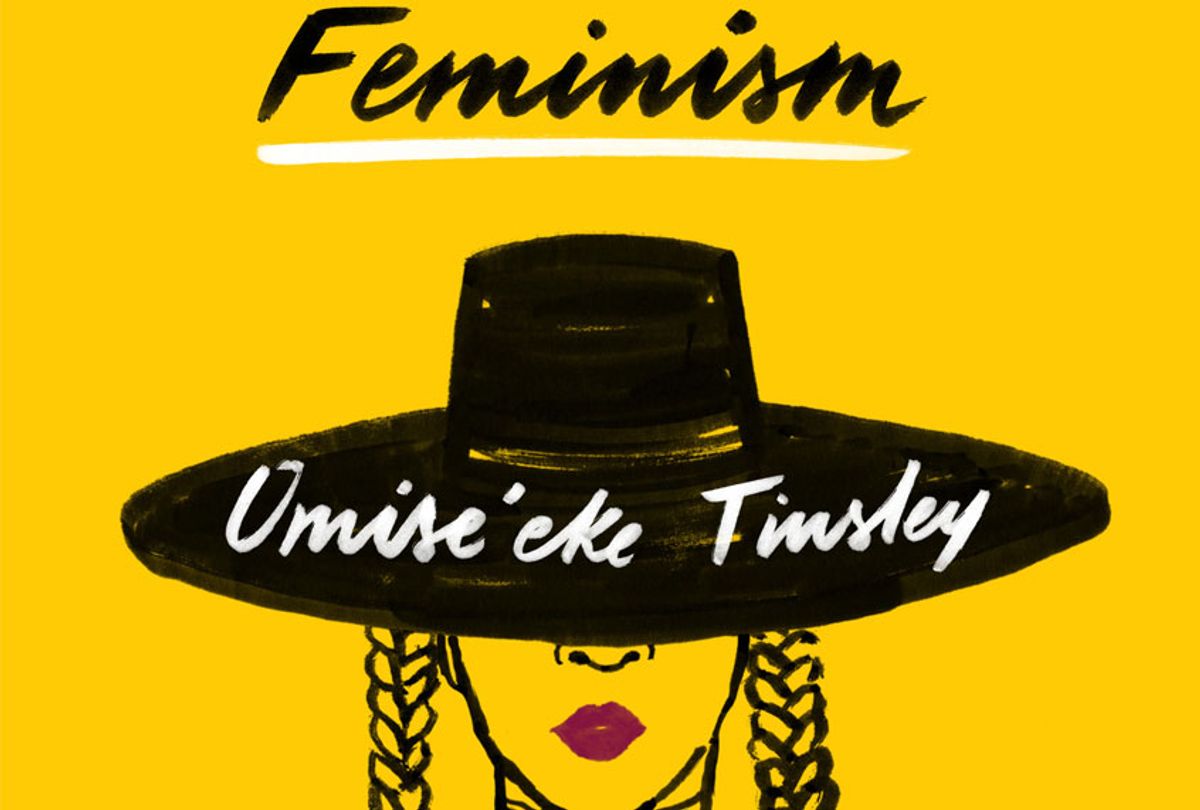 Excerpted from "Beyoncé in Formation" by Omise’eke Tinsley, © 2018, published with permission from the University of Texas Press.

“Texas. Texas. Texas.” As horns lead into the opening lines of “Daddy Lessons,” grainy shots of Beyoncé’s native Houston intermingle with images of New Orleans: children walking together, young women laughing on a corner, a black man riding a horse down a city street with his daughter on the saddle in front of him. Threading these images together are two scenes that weave through the rest of the video: one of Beyoncé singing at Fort Macomb, another of her riding a horse through the Texas countryside. Now, spotting Beyoncé on horseback in her videos is nothing new. We’ve seen home movies of her riding as a girl in “I Was Here” (2011) and shots of her showing her power on a rearing black horse in “Run the World (Girls)” (2011). But the sheer Texanness of this version of Bey’s horsewomanship—where the denim-clad, barefoot singer rides in front of a black man in a cowboy hat—impressed some viewers. “What really stuck out to me was Beyoncé riding a horse,” columnist Michael Arceneaux admitted when asked what image of "Lemonade" stayed with him longest. “That might seem random to most, but if you’re Houston, you are not a stranger to the sight of people—yes, Black people, too—riding horses down the street or on a sidewalk. Like many things she does, it reminded me of home. I love how committed she is to showing her Texas and Louisiana roots. . . . It always makes me happy to see the biggest star in the world be so damn country.”

Black Texans wear ten-gallon hats and bolo ties and ride horses in the street as part of a cowboy heritage that mainstream country music routinely overlooks. At the height of cattleherding, Beyoncé’s home state boasted the most black cowboys in the United States—one-third of all black cowherds in 1890 and two-thirds in 1910. Among these were many black cowgirls, some as famous in their day as their male counterparts. Henrietta “Rittie” Williams Foster came to the Texas coast as a slave and worked as a cowgirl and midwife. “She liked to ride horses and it was said she was the only woman who worked with the men,” her great-granddaughter recalls. “Wherever men were workin’ cattle, she was workin’ with them. She rode side-saddle and bareback on her white horse. She could ride like an Indian because she was half-Indian.” Black Seminole Johanna July, freeborn in Mexico, became a horsebreaker on the Texas border. “As a girl, Johanna was not required to do a woman’s work about the place,” Florence Angermiller learned when she interviewed Johanna at age seventy-seven. “Her meals were always ready for her and her clothes were washed. Her job was to break horses, take them to water, cut grass for them, look after the other stock and ride, ride, ride.”

Just as Rittie and Johanna defied gender roles in their work, they bucked conventions around wife- and motherhood, too. Rittie used herbal contraception to limit her offspring to a single child, Lizzie: “She knew how to fix a woman so she couldn’t have children. Aunt Rittie didn’t want no children because she had seen women have such hard times, so she once told [Lizzie] she was real lucky to be here.” When Johanna found herself in an abusive marriage to a man who beat her for bungling housework, she got on her horse and rode off—then found two husbands who treated her better. As Beyoncé prays “Mother dearest, let me inherit the earth,” it’s the earth worked by these Texan foremothers that I imagine her inheriting: an earth whose herbs black women harvest to control their fertility, a landscape they navigate so skillfully they can outrun any man who pursues them.

Beyoncé is on horseback when she first sings the hook of “Daddy Lessons”: “My daddy said shoot, oh my daddy said shoot.” The next lines explain this fatherly advice, which places Bey in the gun-wielding protector role usually reserved for oldest sons: “He taught me to be strong / He told me when I’m gone / Here’s what you do / When trouble comes to town / And men like me come around / Oh my daddy said shoot.” As Beyoncé trails the oooo of her first “shoot” she and her horse ride into the sun’s glare, creating a momentary halo around her braid-crowned head. For this black mama, being angelic doesn’t mean passively enduring the same kind of trouble her father gave her mother—it means, like the biblical angel Raguel, delivering wrath on men for “their sorceries or their sexual immorality or their thefts.” Beyoncé is also on horseback for the final chorus of “daddy said shoot,” and expertly sways down and to the right to avoid low-lying pecan branches as she sings “oh my daddy said . . .” Riding by nut-laden trees (with all their testicular symbolism) isn’t a challenge for this Texan woman, who’s tough as a pecan shell herself.

Henrietta Williams Foster, Johanna July, and Beyoncé’s “Daddy Lessons” personae are all black country mothers. Not waiting, hoping, and praying like a sentimental mother, mothering for these women means fighting: mouthing off, making men beg, shooting when trouble comes to town, protecting ourselves and our children by any means necessary. Because, y’all, sometimes a mama needs to talk as tough, shoot as straight, and ride as tall as any Texan cowboy. And that, too, as Michael Arceneaux puts it, is “so damn country. Said with love.”