Trump's norm-smashing has an upside: There's an opening for bipartisan reform so no president can do this again 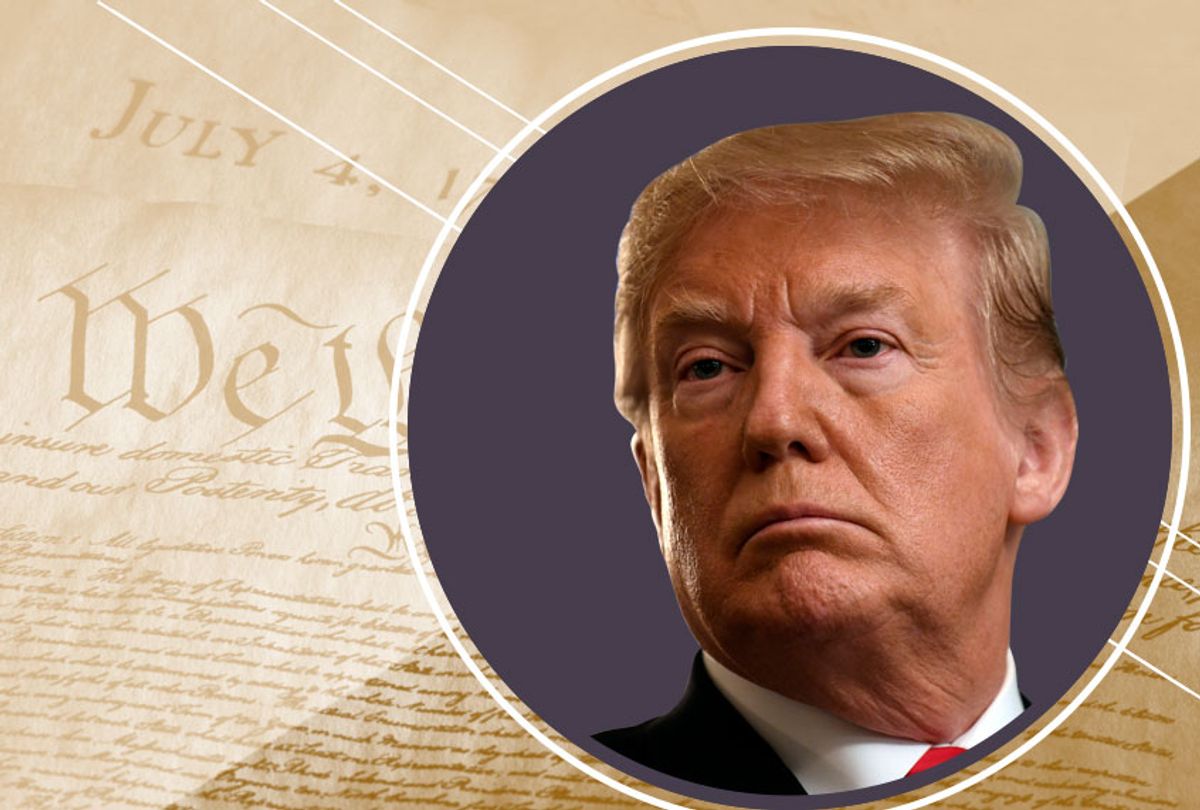 As the Trump administration lurches from usurpation to usurpation, shattering foundational practices of American democracy, the Democrats have yet to craft a coherent response. One possibility lies in the fact that among the public there appears to be consensus on three key norms: Power should be divided and accountable; all public officials, including the president, are subject to the rule of law; and government service is a public trust, not a private opportunity.

The most recent flashpoints regard whether clear statutory language giving congressional committees access to anyone’s tax returns, including the president, will be respected, along with Attorney General William Barr’s view that the president cannot obstruct justice because is he is justice.

But in some ways the most promising opportunity for action is the still unresolved crisis raised by Trump’s emergency declaration expropriating Treasury funds for a border wall -- even after such funding had been explicitly rejected by Congress.

When the president vetoed the congressional resolution disapproving of his emergency declaration, the one that purportedly to enable him to seize the power of the purse from Congress, the wall itself ceased to be the largest stake.

This greater game emerged into stark, but largely unnoticed, view, when Sen. Mike Lee of Utah tried to enable his fellow Republicans to appear to support both Trump and the Constitution. Lee introduced a bill which, although flawed, attempted to make future presidential usurpation less likely. Lee’s effort, supported by a dozen other Republican senators, imploded when Trump crushed it – unmistakably signaling that he intends to rule, not govern, for the next two years, and as a Praetorian, not a Republican.

But the rise and fall of Lee’s attempt to “claw back” some of the Constitution was reported, viewed and buried, solely in terms of its impact on the fight about the wall funding. Overlooked was Trump’s clear signal that he intends to make aggressive use of the powers he asserts the National Emergency Act gives him.

Congress had a powerful and simple response – a more robust version of Lee’s bill. Unfortunately, Congress seems likely to allow the court battle over the Wall to be the main response to Trump’s successful veto, rather than taking this opportunity to remedy a serious threat to our Constitution. For if a president, in response to a long-standing public policy problem, (which the border is), can declare a national Emergency, expropriate appropriations made for one purpose by Congress and divert them to another purpose explicitly rejected by Congress, he has become a virtual dictator as long as one-third of either house of Congress is intimidated or cajoled into supporting him.

Congress can, Congress could -- and, faced with this usurpation of power by the president, Congress should -- repair the National Emergencies Act. A national emergency should expire after 30 days, unless explicitly extended by a joint resolution. Presidents should not be able to renew them -- only Congress. (Lee’s bill did not close this loophole.) Declarations of emergency would remain as a tool in all genuine crises requiring action faster than Congress can move -- but would be defanged when a president sought to usurp power.

Lee made Emergencies Act reform a bipartisan issue. The broad concept of fixing the act to increase congressional authority has already been floated. Voices on the left and right have called for reforms in the emergency powers system.

By opposing Lee’s bill Trump made clear that he intends to continue abusing the Emergencies Act. Everyone is on notice. What is required is what we might call a “Constitutional Republican” movement. I borrowed the term from the Constitutional Union Party, whose presidential platform in the election of 1860 opposed secession as a violation of the Constitution, but took no position on slavery per se. Constitutional Republicans, similarly, would focus not on the policy stances of the Trump administration – whether the Wall or tariffs – but on the need to contain Trump’s authoritarian instincts, buttressing many of the longstanding norms of the post-World War II presidency by morphing them into laws.

Congressional Republicans did this after WWII.  The long-standing two-term limit for presidents was merely a norm established by George Washington.  But once Franklin Roosevelt breached the norm, the country had a choice -- discard it or embody it in legislation, so that all factions would be equally constrained.

As David Brooks has pointed out, individual leaders can foster as well as degrade norms. Not all norms, of course, convert appropriately into laws. But many ethical standards, like income tax transparency or avoiding conflicts of interest, can and should be embodied in common sense legislation applying to all public officials. The underlying informal norms which sustained them are cracking under the weight of hyper-partisanship. (We don’t leave paying taxes to the vagaries of normative behavior.)

Constitutional Republicans, of course, would need to find partners in Constitutional Democrats.  Congressional Democrats often seem to view Trump’s policies, like the wall itself, as the major issue.  When Trump vetoed their resolution of disapproval, the Democrats' response was that their next step was the courts. That’s not enough.

Congressional Democrats should craft a clear legislative framework to limit future abuses by presidents of both parties – and craft a strategy to get Republican partners to support such safeguards. Indeed, the most important enabler of Trump’s assault on democracy is a lack of commitment by his opponents to defend democracy as ferociously as he has subverted it.

Congressional Democrats have indeed proposed  HR 1, a bill requiring the president to release tax returns and comply with conflict of interest rules. But they passed this almost undebated through the House, and bundled these potentially bipartisan ethical norms together with broader political reforms which the Republicans have long opposed on the merits. (For the record, I support those reforms.) Constitutional Republicans and Democrats could unbundle these reforms and force their colleagues to vote for or against each of these longstanding ethical norms: Including the president in conflict of interest laws; requiring all federal candidates to disclose their tax returns; and clarifying that presidents may not lawfully engage in obstruction of justice.

The courts may yet block Trump’s theft of funding for his wall. That won’t solve the real threat. We have a constitutional crisis. Let’s not waste it.