Why is it so threatening to say Muslim lives matter?

We are increasingly divided not just over which lives matter, but whether we should even question how we mourn 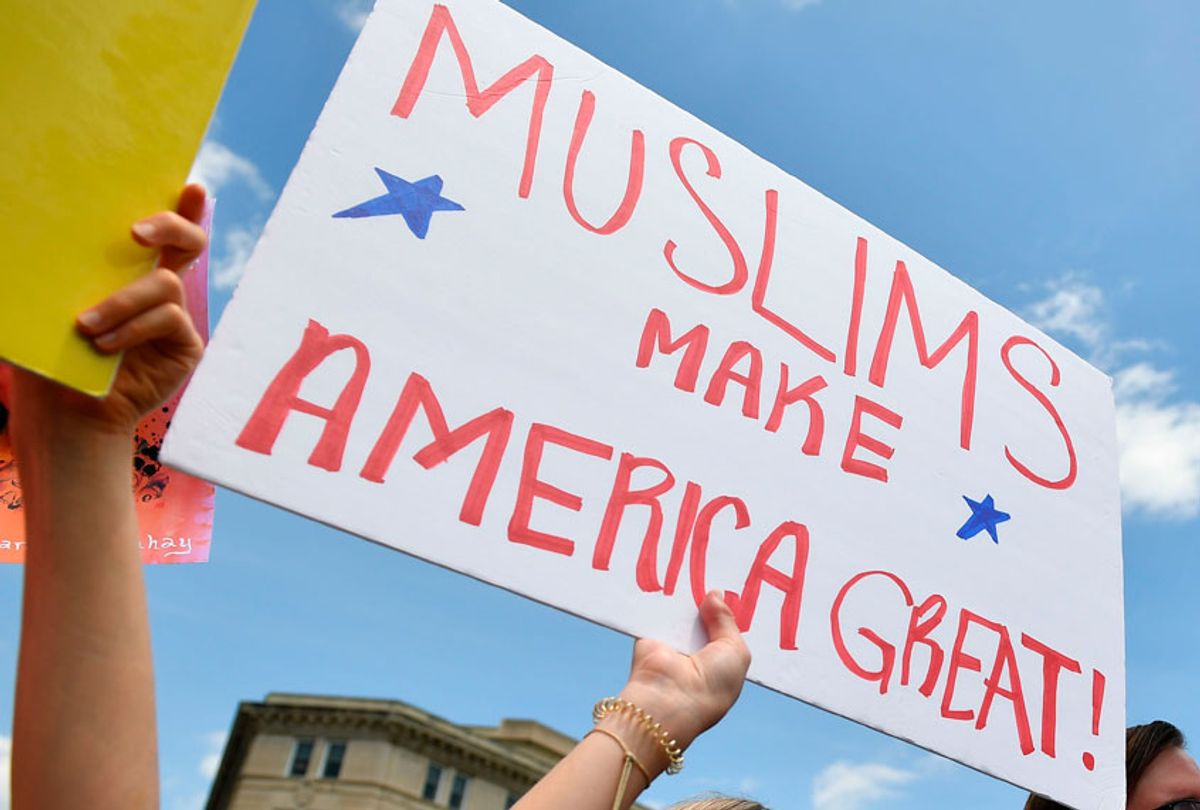 “Either you need serious help or maybe you should move to the Middle East for a while and get your head right.” This was the sentence that opened a late-night troll rant emailed to me. We have become immunized to the troll rant, used to brushing them off as the delusions of a segment of society we can’t reach, much less understand. Conventional wisdom is to ignore these outbursts. This particular rant, though, raised some interesting questions.

The troll email came in response to an almost two-year-old piece I wrote for Salon on the biased news coverage of terrorist attacks, which tend to humanize Western victims and dehumanize those from the Islamic world. It was written in the wake of a series of terrorist attacks: one in Manchester, England; two in Baghdad, Iraq; and one more in Kabul, Afghanistan. Each of these attacks was covered in the Western press, but the ways in which the loss of lives were covered varied greatly. Lives lost in Manchester were mourned. Those lost in Iraq and Afghanistan were described as unlucky.

My goal in the piece was to point out that the majority of victims of terrorist attacks, in fact, come from the Muslim community, but that the biases of Western reporting cover over these facts. When the loss of life in the Muslim world is reported, there is a cold calculus to the stories absent from coverage of lives lost in the west.

As a scholar of human rights, I acknowledged that our sense of empathy for tragedy is always biased, always skewed to those that we hold close, to those with whom we identify. This imbalance is real and can’t be eliminated. But just because there is a natural tendency to value some life more than others, that doesn’t mean we shouldn’t examine which lives we value, nor does it mean that we shouldn’t question the ways we create those hierarchies.

Paying attention to the lines of connection we care about would be a first step, I argued, to attending to the way we value life. “How is it that a mother in the United States feels more sadness and distress over a young girl dying at a concert in England than one burnt to death in Afghanistan?” I asked.

Our sense of the value of human life is directly related to the way that these deaths are covered in the press. Think, for example, of the stories told of victims. When Westerners die, we learn of their former lives and loved ones. Not so in the Muslim world. We see no photos of Muslim children laughing and playing before their lives were taken. We are only offered images of their destroyed bodies. Maybe also images of their grieving parents. Maybe.

But, as my troll makes clear, there is even more to this story. The problem, for her, is not the bias; it is that I actually care about it. The even bigger problem is that in my caring about it, I am, in her view, further dividing “us.”

“Go ahead create more dissention [sic], you will never change a thing. THEY did all of this. … You need to stop this crap writing and find something else to write about you are an embarrassment to all of us and yourself,” she writes.

“I suggest you take my advice before a crusade against you is born and it won't be by me I don't have the time but you are pissing off a lot of people lady,” she continues.

Setting aside the curious notion of a crusade with a target of one, the clash of civilizations rhetoric she uses reveals another layer to the conflict. While the “us versus them” logic is well-worn, the lines between “us” and “them” get extremely weird for her. In her view, it was polarizing to even wonder how we value life. I betrayed “us” by even asking the question.

And that leads to the real takeaway from a rant over an almost two-year-old piece. Whether speaking of #BlackLivesMatter or #IslamicLivesMatter or #NativeLivesMatter, we now live in an era when we aren’t just facing a division between the bodies we count and the ones we ignore, we are living in an era where we are divided over whether we should even ask questions about those divisions.

The idea that bigots, racists and extremists are threatened by having their value systems questioned also isn’t new. Nor is it new to have bigots lash back. But the degree and frequency of these defensive attacks are higher than ever. Trolls like mine are not, sadly, just sending off bizarre emails in the middle of the night; they are part of a larger fabric of bigotry that has an increasingly bigger social footprint, a frightening level of public legitimacy and a disturbing urge towards violence.

The story of Islamophobia in the United States is long and well-documented, but what is new and noteworthy is the open and brazen ways that Islamophobia is being crystallized into policy, mainstreamed as a way of life, and exported abroad. Recall that the accused attacker from Christchurch, New Zealand, who killed 49 people at two mosques, cited Donald Trump “as a symbol of renewed white identity and common purpose.” As Brian Klaas writes, “Trump is an Islamophobic bigot” who has managed to fan the flames of Islamophobia well beyond the borders of the United States.

As my troll closed her rant, she ended with this, “Afghanistan vs Manchester, why didn't you just say heaven vs hell?”

Why didn’t I? Indeed.