Whatever Mueller reports, Trump has done nothing to stop Russian attacks in 2020

Want an impeachable offense? Trump covered up the last Russian attack and seems to be begging for another 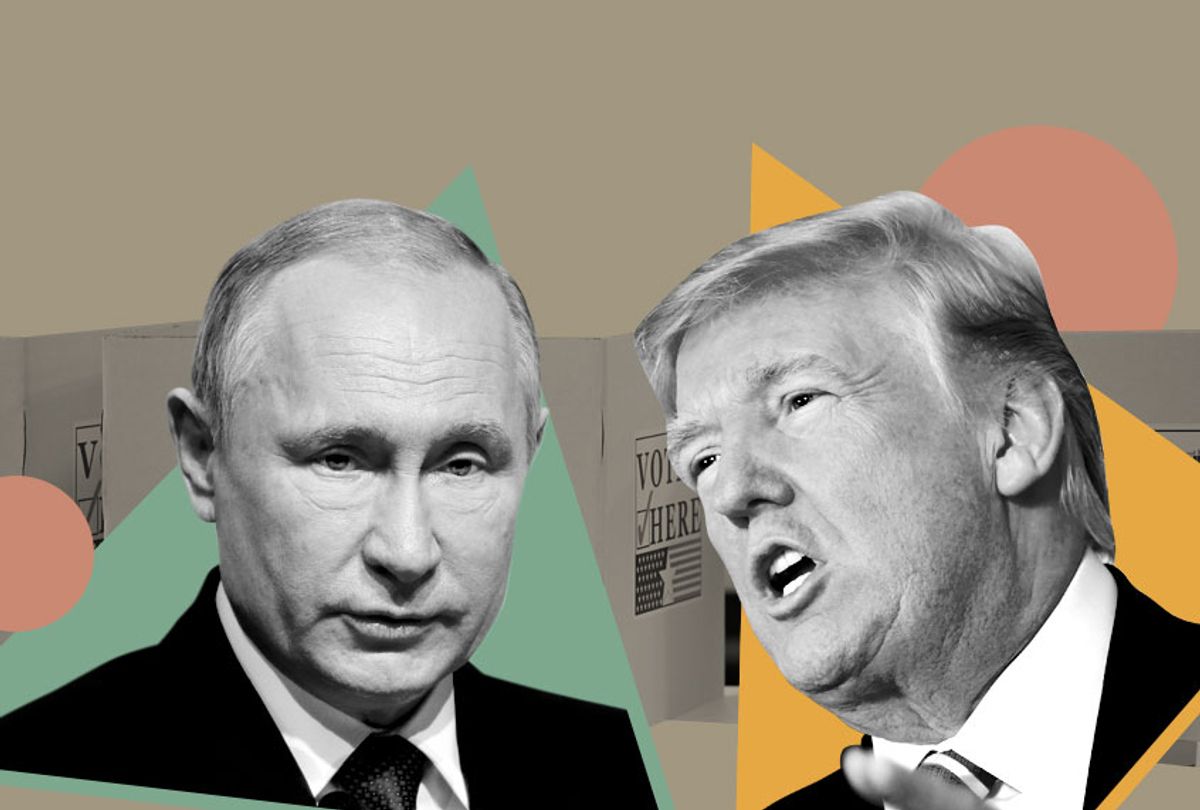 One of the most frustratingly deceptive aspects of the investigation into Donald Trump and Russia is the sheer volume of hydra-like angles to the thing. The list of moving parts continues to grow, and once Thursday rolls around and the redacted Mueller report drops, we can expect many more parts to click into place.

On the surface, it seems like bad news for Donald Trump and his inner circle, but the firehose of bad news has always been accompanied by a bizarre upside for Trump: Average voters, and even some experts, too, can’t possibly follow the endless roster of indictments, encounters and names, including multi-syllabic Russian names, as well as myriad other crucial details in this byzantine series of crimes. My concern, by the way, has always been that, if it hasn’t already, the flooding of zone will become weaponized by the next corrupt president, since it appears to be working quite well for Trump so far -- more scandals means less individual attention paid to each one.

In fact, it’s working so well, we seem to have missed a massive impeachable offense that's staring at us in plain sight.

There were two separate reports issued by the director of national intelligence, once in October of 2016, and another in January of 2017, both of which confirmed that the Russian government, led by Vladimir Putin and his military intelligence agency, the GRU, attacked the 2016 election with the intention of helping Trump win. You might not remember the October report since it was released the same day as the "Access Hollywood" tape and the John Podesta emails, stolen by the Russian GRU and dumped by Julian Assange. The second report, meanwhile, has been rejected without contravening evidence by Trumpers and disciples of Glenn Greenwald, who insist it’s just another dubious blurt by the intelligence community.

While the aforementioned Trumpers and Greenwald followers (prematurely) celebrated the conclusions presented in William Barr’s March 24 non-summary summary, they failed to note that Trump’s hand-picked attorney general briefly paraphrased Mueller’s confirmation of the Russian attack. We’ve also observed attack-related indictments handed down against GRU officers and Russian operatives with the Internet Research Agency, the foot soldiers in the attacks. Likewise, we’ve also received further confirmation from Christopher Wray’s FBI that Russia is continuing its active measures against the United States in preparation for the 2020 election -- a detail we should expect to see in the full report later this week.

All told, the Russian attack on the election has been confirmed by the intelligence community in two separate reports, and by the Trump administration’s attorney general based on the results of the Mueller investigation.

It’s real. It happened. And it’ll keep happening unless we fight back.

The question of the decade is this: why hasn’t Trump done anything to protect the United States against a confirmed series of Russian attacks upon the very cornerstone of American representative democracy: our elections?

Imagine if George W. Bush, worried that the 9/11 attacks undermined his presidency by making him look ineffectual against terrorism, insisted the attacks were a hoax -- an “inside job” by the Democrats to make him look incompetent. Insane, right? Now imagine if Bush's intelligence chiefs as well as his attorney general, John Ashcroft, issued detailed reports confirming 9/11 was an actual terrorist attack requiring retaliatory measures. Despite his own team, Bush continued to cry hoax. That's Trump.

Not only has the current president publicly accepted Putin’s word over the word of his own intelligence community, as Trump infamously did in Helsinki, but he continues to insist the attack was a hoax. Trump denialism, however, isn’t the most harrowing aspect of the president’s infuriating stubbornness.

As of today, Trump has done and said exactly nothing punitive in response to the attack. It’s been three years since the DNC was hacked. It’s been around two and a half years since Election Day. It’s been nearly a month since Barr issued his memo. No response from the White House, other than more tweets about “angry Democrats” and the “Russian hoax.”

In fact, Trump is doing less than nothing.

He recently lifted sanctions against Russian corporations linked to Putin- and Manafort-affiliated oligarch Oleg Deripaska. The sanctions were handed down as part of the Countering America’s Adversaries Through Sanctions Act (CAATSA) passed in August of 2017. Trump dragged his feet right up to the signing deadline before authorizing the act, then stalled for months on its implementation. And finally, less than a year after issuing the sanctions, he lifted the sanctions in defiance of bipartisan opposition in Congress. Among other things, these sanctions were intended to nut-punch Deripaska and others who might’ve profited from Putin’s attempts to expand his military presence while screwing with American elections.

Trump also chose to return two spy compounds back to the Russians. The occupants of the Maryland and New York properties were expelled by Barack Obama in retaliation for the election attack. For reasons he refuses to explain, Trump reversed the expulsions. Why?

You may have also noticed that Trump has gutted the Department of Homeland Security, one of several agencies tasked with securing our elections from foreign influence. In addition to firing the secretary and the deputy secretary and leaving several other posts vacant, we learned in February that Trump gutted DHS’ Cyber Security and Infrastructure Agency (CISA), which is tasked with securing elections. CISA was yet another measure taken after the 2016 attack -- a measure that’s being actively undermined by Trump. Again, why?

Regardless of whether Trump is an agent of the Russian government (we haven’t seen the results of the counterintelligence investigation yet), or whether he’s merely afraid that acknowledging the attack would delegitimize his presidency (as if that hadn't happened already), it’s absolutely clear that he refuses to fulfill his oath and his constitutional mandate to protect the nation. He’s allowing Putin’s GRU to continue its active measures as long as he’ll personally benefit. This, more than anything else, is justification for an article of impeachment. The president can’t be allowed to leave democracy vulnerable to a repeatedly identified and verified Russian cyberwar against the United States, especially knowing that his inaction will benefit him personally and legally.

One last note: Yes, America is guilty of interfering in elections elsewhere. Does that make it OK for Russia to sashay into our elections unopposed, thus hijacking the will of the people and turning millions of voters into unwitting foot soldiers in that endeavor? If your answer is yes, you need to rethink your views on national sovereignty, election security and the integrity of our democracy.