Does the Trump campaign have "an open playing field" after raising $30 million in 2019 alone? 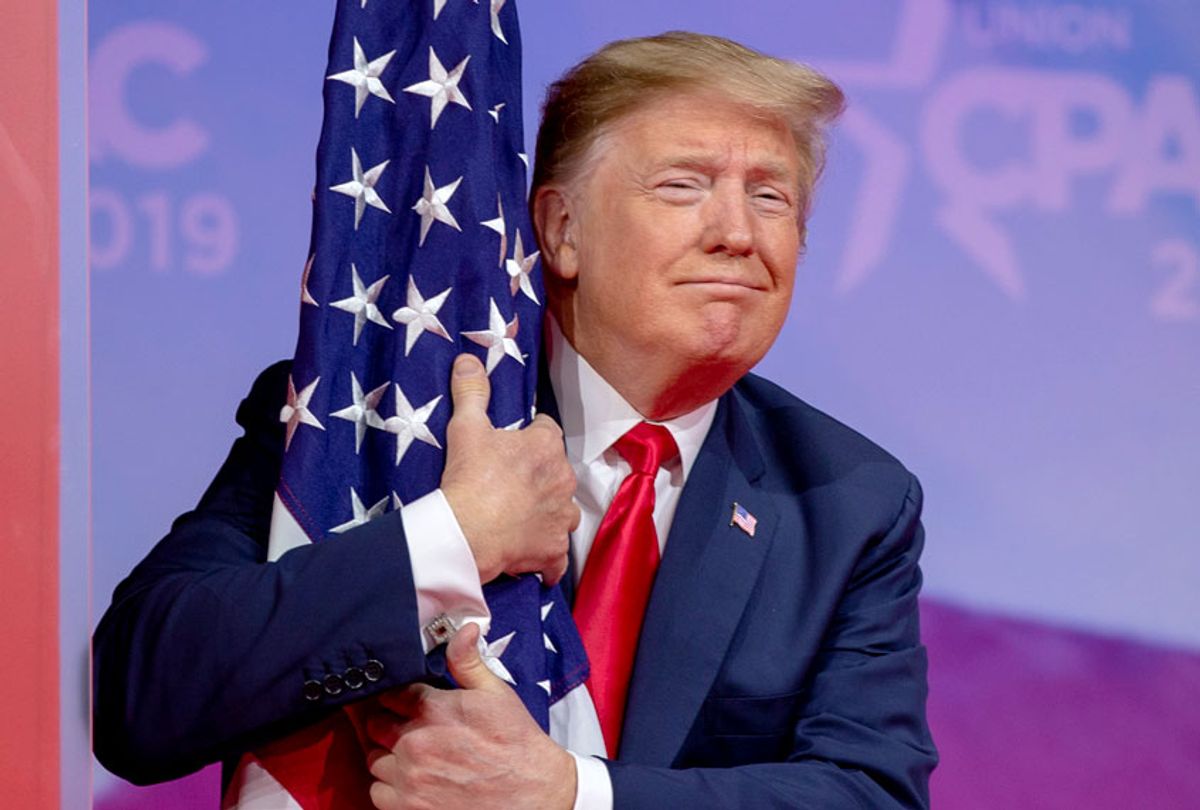 Vermont Sen. Bernie Sanders, arguably the frontrunner so far in the 2020 Democratic presidential primary, raised  $18 million in 2019’s first quarter — and other Democratic fundraising this year, according to the New York Times, includes $12 million for Sen. Kamala Harris of California and $9.4 million for former Texas Rep. Beto O’Rourke, among other impressive hauls. But despite those numbers, Democratic Party strategists and organizers are not feeling smug or overconfident by any means. President Donald Trump’s 2020 reelection campaign has been raising millions of dollars as well, and a new report by CBS News finds that some Democratic strategists are worried.

During 2019’s first quarter, Caitlin Huey-Burns reports for CBS News, Trump’s campaign raised $30 million. The Trump campaign has reported having $40 million altogether on hand, while the Republican National Committee (RNC) raised $45 million during 2019’s first quarter. And some of the Democratic strategists CBS News spoke with are not taking that GOP fundraising lightly.

One of them is Ben LaBolt, who campaigned for President Barack Obama. LaBolt warns that Democrats “need to ramp up fundraising,” telling CBS News, “We’re not where we want to be right now…. We can’t let (Trump) have an open playing field.”

Huey-Burns reports that “Democrats have raised about $73 million combined this cycle, not counting transfers from previous congressional campaigns or personal contributions.” And many Democratic donations, in 2019, have been coming from small donors rather than large corporate donors—which Jonathan Mantz, Hillary Clinton’s finance chairman in the 2008 presidential race, fears could be a form of “unilateral disarmament” for Democrats. In other words, Mantz believes that Democrats will be at a  fundraising disadvantage if Republicans exceed them in corporate donations.

Mantz told Huey-Burns, “I think unilateral disarmament is a mistake…. I think you’re going to have to have a major donor fundraising program in order to be successful in defeating Donald Trump in 2020.”

According to Steve Spinner (who served as finance chairman for Obama’s 2012 reelection campaign), striving for “purity” puts Democrats at a disadvantage when it comes to fundraising for 2020. Spinner complained to Huey-Burns, “There’s this purity test going on. Everyone is being too cute by a half. You have to fund your campaign. At the end of the day, you gotta raise the damn money. You can’t be holier than thou on this and end up raising a third of what you should have raised and feel like you’ve got the resources you need to win.”

Trump’s campaign, Huey-Burns notes, has been pursuing both corporate donors and small donors: almost 99% of the president’s donations were less than $200 in 2019’s first quarter — which the CBS News reporter describes as “a sign” that Trump’s “grassroots efforts that will rival the Democratic campaigns.”

Robert Wolf, who served as bundler for Obama, stressed to Huey-Burns that large and small donors are both important to Democratic candidates. Wolf advised, “You need to show you have grassroots excitement to make sure you have the necessary amount of volunteers and participation, and you also need to have donors show they are contributing.”