"Star Wars: The Rise of Skywalker" should answer why Rey's parents left, not retcon who they are

Director J.J. Abrams is worrying "Star Wars" fans by saying there is "more to the story" of Rey's parents 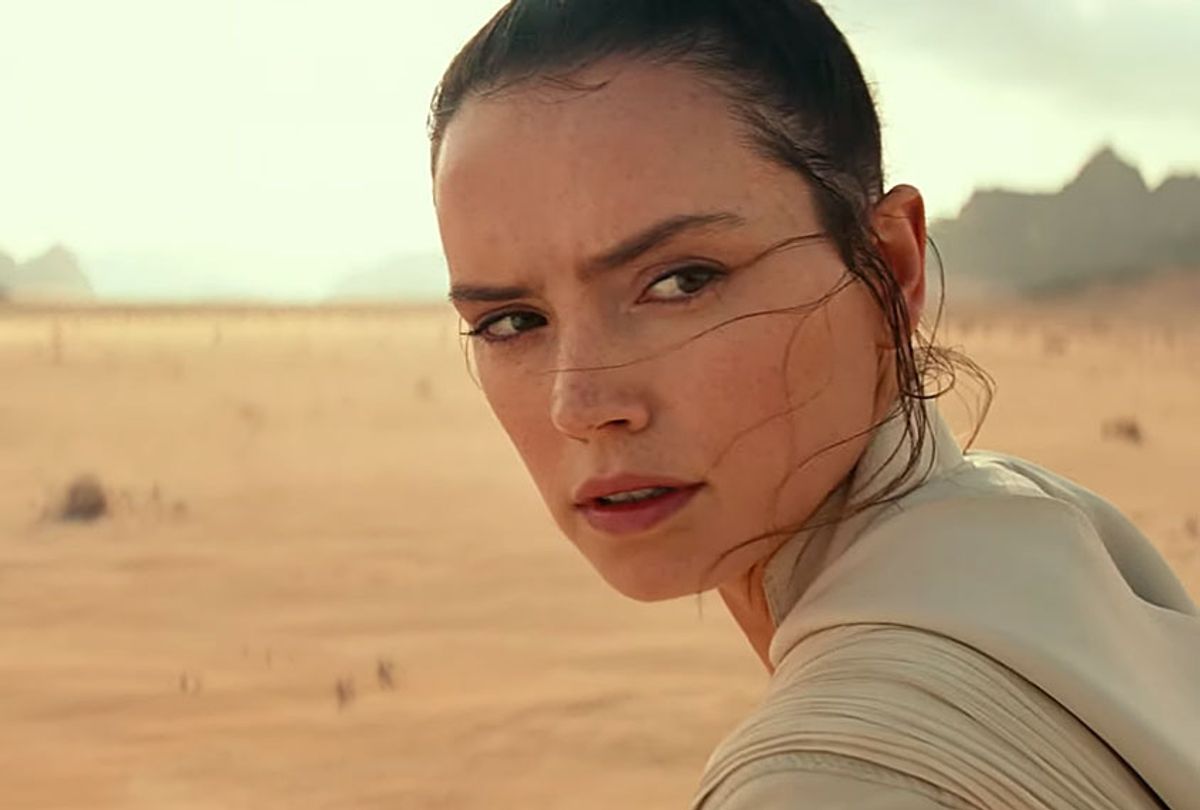 In the days since Disney dropped the “Star Wars: The Rise of Skywalker” trailer at Star Wars Celebration, fans have gotten worked up over the possibility that J.J. Abrams’ saga-ending installment might retcon some of the surprising choices Rian Johnson made in the franchise’s previous entry, “The Last Jedi.” One of the film’s biggest revelations was that Rey did not come from the Skywalker or Kenobi bloodlines. In fact, Rey’s parents were everyday people or, as Kylo Ren tells her, “filthy junk traders who sold you off for drinking money.”

Considering Rey is the central character of this new “Star Wars” trilogy, some fans became worried Abrams might go back on the “Rey’s parents are nobodies” reveal when the new title, “The Rise of Skywalker,” was announced at the end of the film’s teaser trailer. Abrams has since admitted the title is meant to be provocative, meaning there’s a small chance “Rise of Skywalker” refers directly to Rey discovering she is actually Luke’s offspring. There’s no way the film’s title is that easy to crack. But Abrams stoked fans’ fears again when he told Good Morning America this week, “I will say there is more to the story [of Rey’s parentage] than you’ve seen.”

Abrams’ quote confirms Rey’s parents will somehow factor into “The Rise of Skywalker,” but that doesn’t mean the script he co-wrote with “Argo” screenwriter Chris Terrio will retcon the decision Johnson made in “The Last Jedi.” Abrams is a traditionalist at heart who knows how to tug at nostalgia heart strings (just see “The Force Awakens” for proof), so it’s understandable why many “Star Wars” fans might think he’ll reveal Kylo Ren lied to Rey so she wouldn’t know the truth that she’s a Skywalker. Moving forward, however, the more interesting question is not who Rey’s parents are (that should stay answered in “The Last Jedi”) but why they abandoned their daughter in the first place.

/Film editor Peter Sciretta recently noticed something in “The Rise of Skywalker” trailer that could be a big indicator as to what Abrams has up his sleeve for the movie. One of the shots in the trailer features a spaceship flying towards a city on a blue-tinted rocky planet. The ship looks almost identical to the one Rey’s parents were seen flying away in during Rey’s “force flashback” trip in “The Force Awakens.”

During that scene, Rey touched Luke’s lightsaber for the first time and experienced visions of her past and moments from both the original and current “Star Wars” trilogies. A brief shot showed the same ship from “The Rise of Skywalker” trailer flying into the sky why Rey watched from below. The scene did not confirm Rey’s parents were onboard, although that was the implication. Considering the ship popped up in the “Skywalker” trailer and Abrams has said Rey’s parents factor into the story, it appears the film may smartly focus on why Rey’s parents left and where they went over going back and exploring who they are. Whether or not one of Rey’s parents or both are still alive remains to be seen.

By answering why Rey’s parents left, “The Rise of Skywalker” has the chance to end the Skywalker saga on a powerful thematic note. So much of the new trilogy has focused on everyday people rising up to become heroes, whether it’s Finn, Poe, or Rose Tico. Rey fits into this group as long as her parents remain nobodies. Furthermore, a reveal in “The Rise of Skywalker” about her parents leaving to join the Resistance or for some other heroic mission despite being “filthy junk traders” would only made this central theme stronger. Some fans believe the Skywalker in the title will be the new word to describe force-users, but it could also be the new term for the Resistance at large, a group of average people who risked everything to be the heroes the galaxy needed.

In “The Last Jedi,” Kylo Ren tells Rey, “Let the past die, kill it if you have to.” “Star Wars” fans can only hope Abrams and Terrio used this advice as a mantra while writing “The Rise of Skywalker.” If the issue of Rey’s parents are definitely playing a role “The Rise of Skywalker” as Abrams has said, then exploring why they left Rey over retconning the past is the most rewarding path forward for both fans and the character of Rey itself.