In planet-hunting, big planets are far easier to detect — which is why an Earth-size world is a novel find 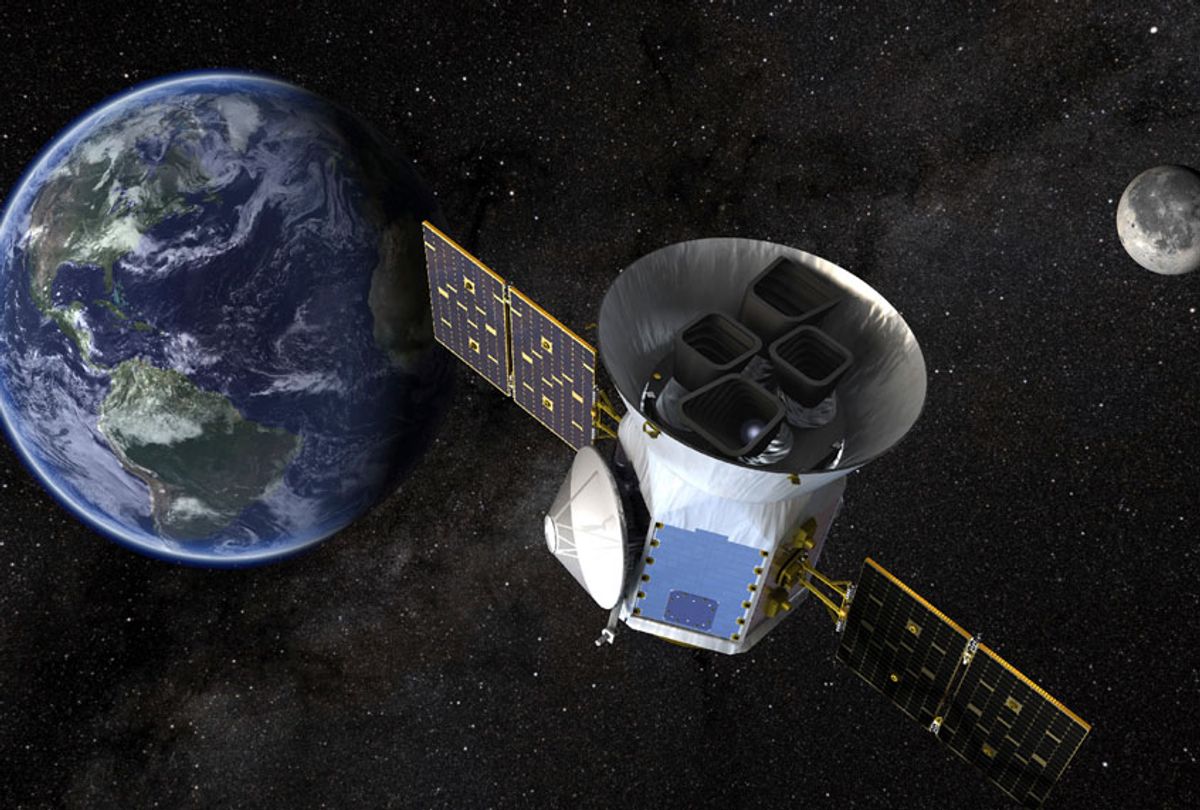 An illustration of the Transiting Exoplanet Survey Satellite (TESS) which found the Earth-sized planet HD 21749c. (NASA via AP)
--

A new Earth-sized exoplanet dubbed HD 21749c has been identified by scientists, according to a paper published in the journal Astrophysical Journal Letters.

The discovery is particularly novel given the difficulty of finding planets that are near the size of Earth; generally, when it comes to searching for exoplanets, the larger ones are the easiest to find, and thus most exoplanets discovered are either gas giants or "super-Earths," rocky planets that have far more gravity than our Earth and are likely far less inhabitable.

HD 21749c's discovery is exciting in that it is comparable to Earth in size — albeit not in surface temperature or other conditions.  With temperatures on the surface nearing 800 degrees, HD 21749c is unlikely to be habitable by life as we know it. The planet orbits the star HD 21749, circling it every 7.8 days. Sitting a mere 53 light-years from Earth — in galactic terms, just a few houses over — it is the smallest world outside our solar system that has been discovered by NASA’s Transiting Exoplanet Survey Satellite (TESS), though not the smallest overall exoplanet ever discovered. (That distinction belongs to Kepler 37b, a Mercury-sized world discovered by the now-defunct Kepler space telescope.)

The finding suggests that TESS is capable of fulfilling its mission to create a catalog of thousands of planets that could be Earth-sized, or host life, or both.

TESS operates by trying to observe the shadows of planets passing in front of stars. The partial eclipses created by these exoplanets as they pass between their host stars and us create a temporary and predictable dip in the amount of light emitted by their parent stars, which TESS can detect. Careful observation of the amount of light reduction from said star, and the amount of time that the dimming lasted, can reveal numerous details about the mass, orbital period, and size of these exoplanets.

Earlier in the month, as Salon reported, a team of astronomers from Cornell, Lehigh University and Vanderbilt University published a paper in the Astrophysical Journal Letters about creating a detailed catalog named “TESS Habitable Zone Star Catalog” of 1,822 potential stars where Earth-like planets could exist and which TESS could theoretically detect. Nearly all stars in the sky have planets orbiting them, scientists believe.

Padi Boyd, a TESS project scientist at NASA, told Salon this catalog is important because it has synthesized data to a point where it can be hand-sifted by scientists. This allows them to look for signals in a way that computer automation might not.

“What makes this catalog a little different is it looks at all the stars that TESS can see and it searches for a subset of those stars around which the TESS telescopes themselves — the instruments themselves — would be able to detect transit from a small planet, one or two small transits, and that planet would be in the habitable zone of its star,” Boyd said. “It’s taking the catalog we already have and down-selecting to what some people would consider would be the most interesting stars around which to look for planets.”

The newly-discovered exoplanet shows that the catalogued system of sifting through the solar system candidates is working.

Until 1995, it was not known if there were planets in other solar systems, as such sensitive detection technology did not yet exist . Since then, 4,000 exoplanets have been found, and there are nearly 3,000 more possible candidate exoplanets based on existing data. NASA estimates that, since the first exoplanet's discovery in 1995, the number of known exoplanets has doubled every 27 months.