Money, like life, is viewed differently in different cultures: How to avoid disaster when abroad

Money, wealth & even work is specific to each culture, understanding other folk's rules is key in a global economy 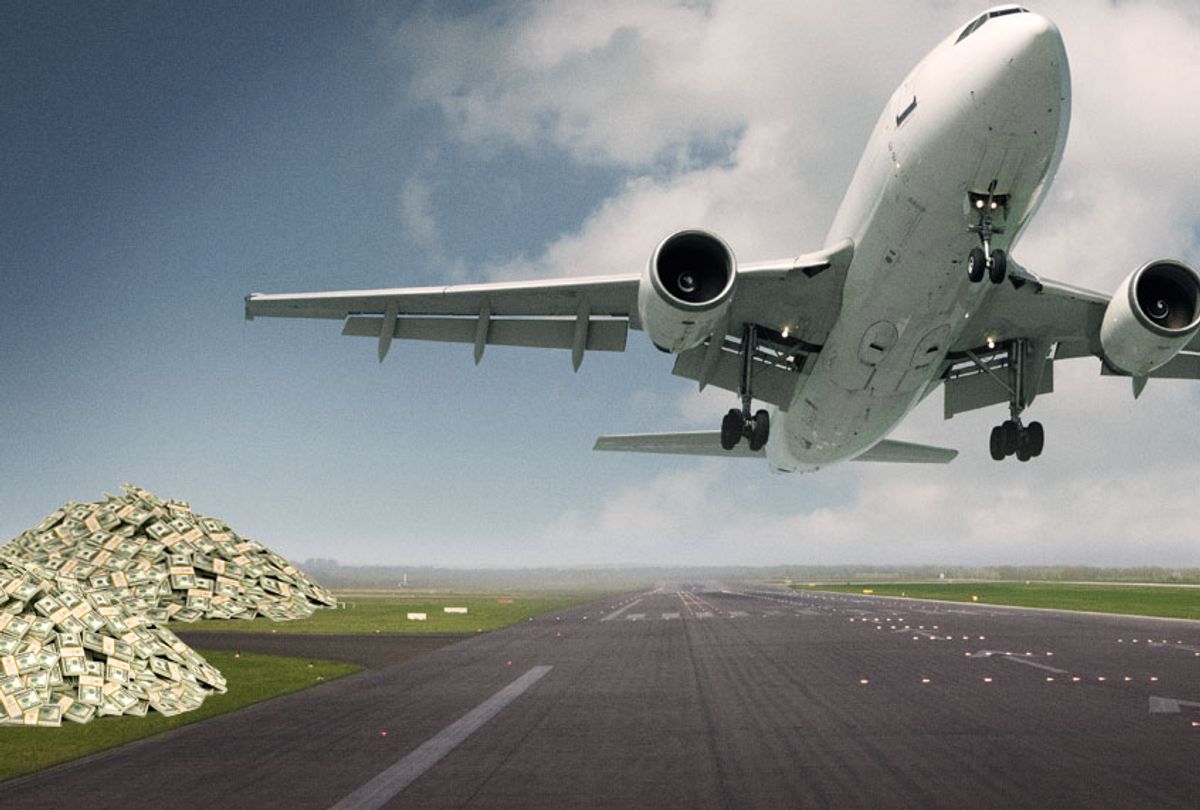 Before you open your wallet, jump into that negotiation, or just strike up a casual conversation abroad, it’s important to understand that money, how we use it and talk about it, can be viewed very differently in different cultures.  Here are some examples, from my own experiences having worked in over 100 countries, of how we think, act and worry about money differently around the world, along with some tips on how to overcome those differences, before they cost you that deal, relationship or that vase you can’t resist in the shop window!

Lars, a Swedish businessman was distressed in a negotiation over price with his Saudi associate because Ahmed was bargaining: beginning with an opening price that was patently too high, and expecting to be coerced by Lars into offering a lower price.  Lars found the whole process insulting and a waste of time, while Ahmed felt Lars wasn’t serious about the negotiation. Before it even began, the negotiation was doomed due to different cultural expectations of what a negotiation actually was: Swedes (and most Scandinavians) tend to focus on making “reasonable” offers that provide a “win-win” for all parties, while Saudis (and most Gulf Arab cultures) expect to bargain, applying a “win-lose” attitude with people they don’t know, and a “win-win” attitude only with trusted associates.  If you are negotiating a business deal in Gulf Arabia, focus on the long-term relationship, not the immediate terms on the table; if this is a one-time opportunity, expect a win-lose approach, and very hard bargaining. If you are negotiating a business deal in Sweden, establish your needs up-front, listen and probe for their hidden needs, and offer reasonable solutions for them, while expecting them to provide reasonable solutions for you. Avoid bargaining, as it looks insincere: after all, why would you state one price, and then later be willing to offer a lower price?  That implies untrustworthiness, that you were willing, if you had gotten your first price, to allow the other party to suffer a higher price than necessary. Not nice, not fair, not good business . . . in Stockholm.

Meeting over tea in an elegant tea shop in Shanghai, Wu was eager to get to know John, his new friend from the US, and John was delighted to be able to make a new friend on this, his first holiday in China.  Despite language differences, Wu’s English was good enough for a casual conversation, and John was eager to get to know him. How surprised John was, then, when Wu, in an effort to get to know him, asked, “So John, how much money do you make in your job?”  John really felt this inquiry was far too personal, and resisted providing a substantive answer. Wu, in turn, felt hurt that John was avoiding an honest answer. Complicating the matter was the fact that John, in an effort to establish a relationship based on equality between them, felt it only fair to ask Wu the same question back, and when he did, Wu stiffened and became embarrassed.  Despite the best of intentions, instead of building a friendship, this meeting was falling apart fast, and neither party knew how to rescue it. However, had John understood Chinese culture (and had Wu understood western culture), John would have known that discussing income and money is a way of opening yourself up to the other person, and not something personal to be hidden. Everyone talks about money all the time in China: how much you make, how much you lost, what things cost, how to save it, how to make it.

Additionally, in China, relationships have traditionally been built around the inequality of the roles we have with each other, and the subsequent obligations that result from those role differences, while in the west, relationships are more often built based on the similarity — or equality — of our roles and situations.  If you’re the one who makes more money, you could be expected to at some point help the other, precisely because you can afford to and because, having established a relationship, you have, therefore, an obligation — and the means — to help.

It was reasonable to presume that Wu’s income was less than John’s (the western traveler on holiday in China); therefore, it was reasonable for Wu to ask about John’s income, but embarrassing for Wu to share his own lesser salary information with John.  John should not have asked about Wu’s income, though in John’s world, he was applying a standard of equality: if uncomfortable questions about income were going to be “on the table”; after all, “fair is fair,” and he’ll ask the same back. But in China, this only caused Wu to “lose face”, a terrible situation difficult to recover from, and one that can seriously damage a developing relationship.

“CEO salaries over here in Belgium,” Lucy explained over drinks at a café near the Grande Place in Brussels, “is viewed more as compensation for the work they do, like any other employee in the organization, and not a reward based on company shareholder value.”  She went on, “in fact, paying a CEO a salary of 100 times what the average employee makes here in Belgium would be looked at as immoral, quite disgusting. I understand, however, that in the U.S., income disparity, at any level, and between any people, is explained by some as the result of some kind of 'natural' law based on markets and individual skills, and that even efforts to provide basic human needs to all employees, and by extension, to all citizens, like healthcare, maternal and paternal rights, free education, etc., is seen as some kind of biblical evil that goes against natural law, as if markets were a natural phenomenon that should not be controlled.

'In our country, not providing these basic human services, by a company would be seen, on the contrary, as an abrogation of the company or the government’s responsibilities to provide for its employees or its people; in your country, it’s seen as government over-reach and creating a 'nanny-state' for people who won’t do for themselves. I find this attitude in your country very strange, for everyone knows that not everybody has equal opportunity in this world, and that there are basic human rights which companies and governments are obligated to guard and provide. Even if it is costly. Yes, our taxes are high, but people get the services they need . . . and expect.”

There is, in fact, a fundamental cultural difference between how money, taxes, and essentially the role of government, is seen, that is very different on the other side of the pond.  In Europe, at least more or less since the Enlightenment, government is seen as responsible for protecting the needs and rights of the citizen, and in the U.S., having had a revolution in 1776 against all things European, government is often seen as some kind of necessary evil to best be gotten around.

Of course, these are two poles on a spectrum, and in both cultures, there are groups that advocate differently (i.e., typically, Democrats vs Republicans in the U.S.; socialists and democrats in Europe), but in the main, the center of gravity on either side of the Atlantic is different based precisely on this historical and cultural difference.  Money and work, therefore, from the traditional continental perspective, is a means to something greater (work to live), while it’s often been said that in the U.S., it is an end in itself (live to work). It’s important to recognize that in many cultures, the goal of work itself is not the accumulation of wealth, but rather, the means to providing for a healthy, nurturing environment, in which all people — not just me — can live successful, meaningful lives. In these cultures (The Netherlands, Switzerland, Scandinavia, Japan, Malaysia, Thailand, Singapore, much of Latin America, and many others), at least for employees and staff, salary and wealth may not be the primary motivator for work; what might be more important is the degree to which I can have a comfortable work environment and relationship with my associates on a daily basis. In Thailand, for example, there is the concept, “Senuke”, which, freely translated, means “fun”: work, like everything in life, needs to be senuke, or at least enjoyable, and creating a working environment for staff that is senuke should be a primary concern for any manager in Thailand.

Smooth daily working relationships can be more important than the few extra bhats that might be earned elsewhere. In these cultures, stressful daily work environments are often, in the long run, simply not worth whatever monetary goals they might achieve, for the company or the employee.

Whether negotiating, building personal relationships, managing teams and workers across cultures, making government monetary policy, or just shopping for that special treasure abroad, managing the cultural differences inherent in how we deal with money, wealth, and even the very nature of work, is an essential requirement in today’s global world.  We may not like them, we may not understand them, we may not approve of them, but these cultural differences are real, we cannot make them go away, and we need to manage and respect them.

Dean Foster is the founder of DFA Intercultural Global Solutions and author of the “Global Etiquette Guide” book series. @deanfostergloba