"Straight black men are trash": Do I have to agree?

I get it — the garbage kind of men exist. But I reject the demand that I condemn myself by association 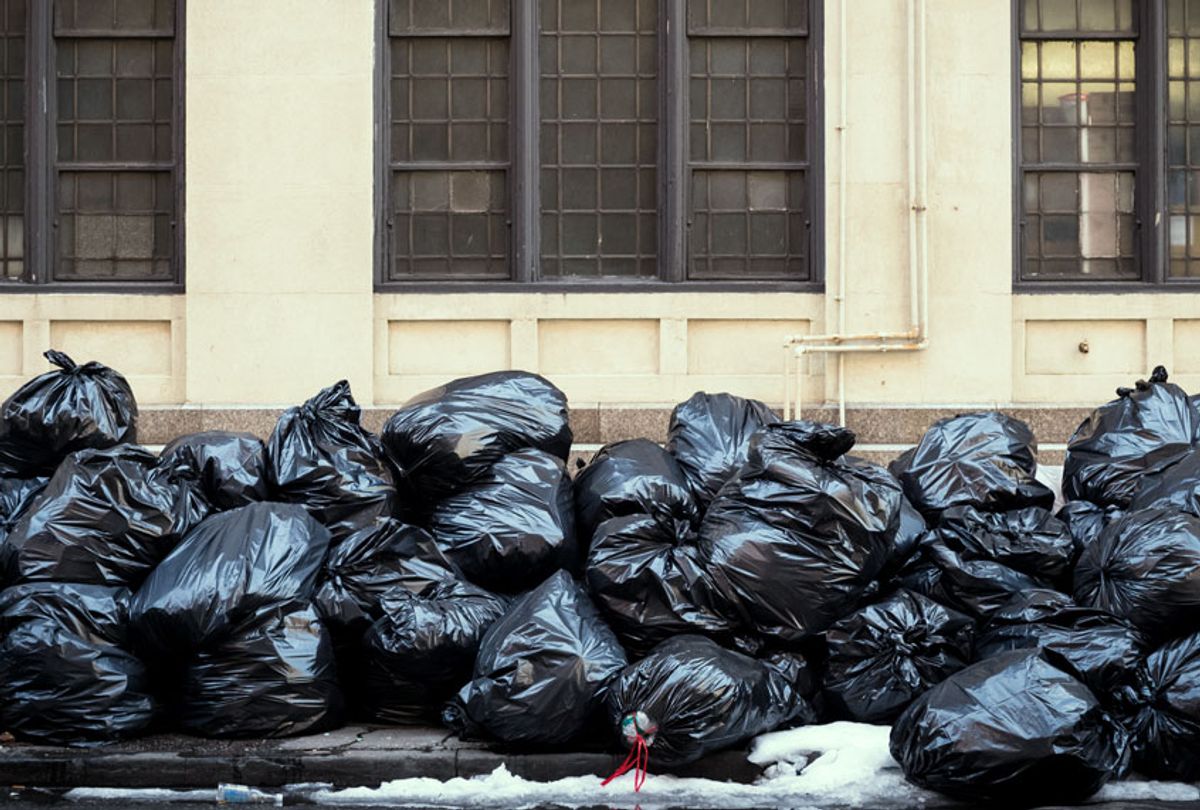 I’m still trying to wrap my head around what level of offense will get a person — public figures and private citizens alike — canceled. Donald Trump — aka Mr. “Grab her by the p***y” — is as crass as they come and he gets to be president, but every other day we see a Hollywood celebrity making a public apology for something they've said or done. Gen X seemed like the generation who didn't apologize for offending people, but now even they have to make amends. Millennials are a large consumer base, and we live for apologies.

Apologies are currency now, and they've become a cornerstone of how we interact with entertainers and each other. But all apologies — and offenses — clearly aren't equal. The requirements of cancel culture seem cut and dry when people like Meghan Kelly and Bill O’Reilly get kicked off the air, for defending blackface and for sexual harassment, respectively; but become confusing when Virginia Gov. Ralph Northam gets to keep his job after photos of him in blackface are published, or when his lieutenant governor, Justin Fairfax, keeps his job after sexual assault allegations surface. When the violation is based on hearsay and interpretation of its ramifications change depending on your perspective, it's even less clear: Take the Aziz Ansari consent debate, which blew up after a woman who went on a date with him had her personal story about their time alone reported on Babe. Some felt like the claim was weak and wrote it off as a bad date whose classification as a consent issue was setting the #MeToo movement back, while others labeled the "Master of None" creator and star a proto-Harvey Weinstein who should be banished from everything including his stand-up tours and Netflix — and there were many, many interpretations that fell somewhere in between.

"It was true that everything did seem OK to me, so when I heard that it was not the case for her, I was surprised and concerned,” Ansari said in a statement. “I took her words to heart and responded privately after taking the time to process what she had said.”

I’m not saying his response, public or private, was phony; however, in this climate, if Ansari had publicly challenged her story or defended himself, it could have equalled career suicide. And I get the sensitivity: men — sexist, racist, and sexist and racist — have behaved monstrously for a long time. Too long, in fact, and this is a global, centuries-old problem, not just a new millennial Hollywood obsession. Oppressors deserve to be crushed for what they have done, but the current cultural rules also make it feel at times like every man has to answer for the sins of Matt Lauer and Louis C.K. Which is understandable on one hand, because men do benefit, even passively, from the toxic masculinity that allows guys like Lauer to thrive. But it can also be difficult to navigate as a black man, because we deal with our own share of oppression as well.

I thought I could talk to one of my good friends about these nuances, and why everybody seems to be in a rush to cancel another person after glimpsing a headline without even knowing the story, or how asking questions about a victim’s story — if you don’t understand it, or to try to iron out inconsistencies — makes you a monster. I was wrong. She labeled me the monster.

It started with this Very Smart Brothas article by Damon Young, "Straight Black Men Are the White People of Black People." I’m not the white man of anything — all white men aren’t even the white men of everything — but I get the point. The article, which is well written and reasoned, isn't as inflammatory as the title suggests. The piece just says that black men, who have been and remain oppressed, do also have a certain kind of privilege and can be problematic, especially on issues dealing with sexism and homophobia. And I totally agree.

“Yo, y'all see that 'Straight Black Men Are the White People of Black People' article on Twitter?” my friend wrote in our group chat.

She continued, “I’m so glad somebody said this, because straight black men are soooooo trash!”

We all responded with question marks and laughs. One of our friends replied, “I’m def trash, I need help, lol.” Our group chat members are all black artists, but she is the only woman and the only queer person in the circle.

Young wrote things in his article that definitely needed to be said by a black man, like:

We’re the ones for whom the first black president created an entire initiative to assist and uplift. We’re the ones whose beatings and deaths at the hands of the police galvanize the community in a way that the beatings and sexual assaults and deaths that those same police inflict upon black women do not. We’re the ones whose mistreatment inspired a boycott of the NFL despite the NFL’s long history of mishandling and outright ignoring far worse crimes against black women. We are the ones who get the biggest seat at the table and the biggest piece of chicken at the table despite making the smallest contribution to the meal.

I saved it, shared it and went on with my day. Later I met my friend at a local coffeeshop/ bookstore that we all frequent for a meal. “Yo, that article's everywhere,” she said, joining me at my table. “Black men are really trash and always oppress women, every chance they get. They need to be stopped.”

“I didn’t really get that from the article,” I told her. “But I feel where you're coming from.”

Then she kept going on and on about how “trash” straight black men, or cishet black men, are:  how they hate women, how they prohibit their growth, and basically saying that they — we — were the reason for all of their pain.

“I don’t know what cishet is, but I feel you sis,” I said, “And I’m not trying to sound like the annoying white guy who says ‘we all aren’t racist, I have a black friend and my dad marched with King,’ but I’m not trash, never will call myself trash. And the article really didn’t say all of that.”

Things didn't go well from there. We went back and forth a bit, both frustrated, until she called me "problematic" and stormed off. Since then, we've squashed the beef, trading I miss you homie messages and call me if you need me until the hatchet felt buried. But neither of us really apologized.

I admit, I’m still learning about all of this. But a search on Twitter shows "straight black men are trash" is not a unique sentiment. Was this an instance of ironic misandry that I interpreted as personal, or her sincere belief? If I could go back in time, I would have just allowed her to call me trash, even though I know I’m not, in an effort to avoid the fight.

I admit I wanted to be treated as an individual in a world where women aren't always given that chance. And I know it’s not my place to compare the oppression to which I'm subjected to the plight of another oppressed group, especially black women. I just know I’m not trash.

It feels like we live in a world where women have been so mistreated by men that the only way to counter those wrongs is for women to lash back out at all men in all situations. That feels justifiable on many occasions, but seems as if it could also lead to a neverending cycle where nobody wins.

I don’t ever want to be offensive, but is there an alternative to the "trash" level of conversation, that honors women's frustrations and rage while also allowing men to contribute in good faith?

I'll never blindly go along with what people say about straight black men if doesn't sound right to me; nor do I want to call myself trash just because many people have had bad experiences with men who look like me. It can be easier to go along with what my friends say than to push back and start a fight, so I often do. But then I feel like a hypocrite.

There has to be a more productive way to have these necessary and long overdue conversations than lumping all straight black men together as worthless. Canceling a problematic celebrity is easy; friends are harder. I just want to separate myself from the R. Kellys of the world, and the Donald Trumps. Is that so wrong?