Mueller's report: A profile of a president willing to sell out his country 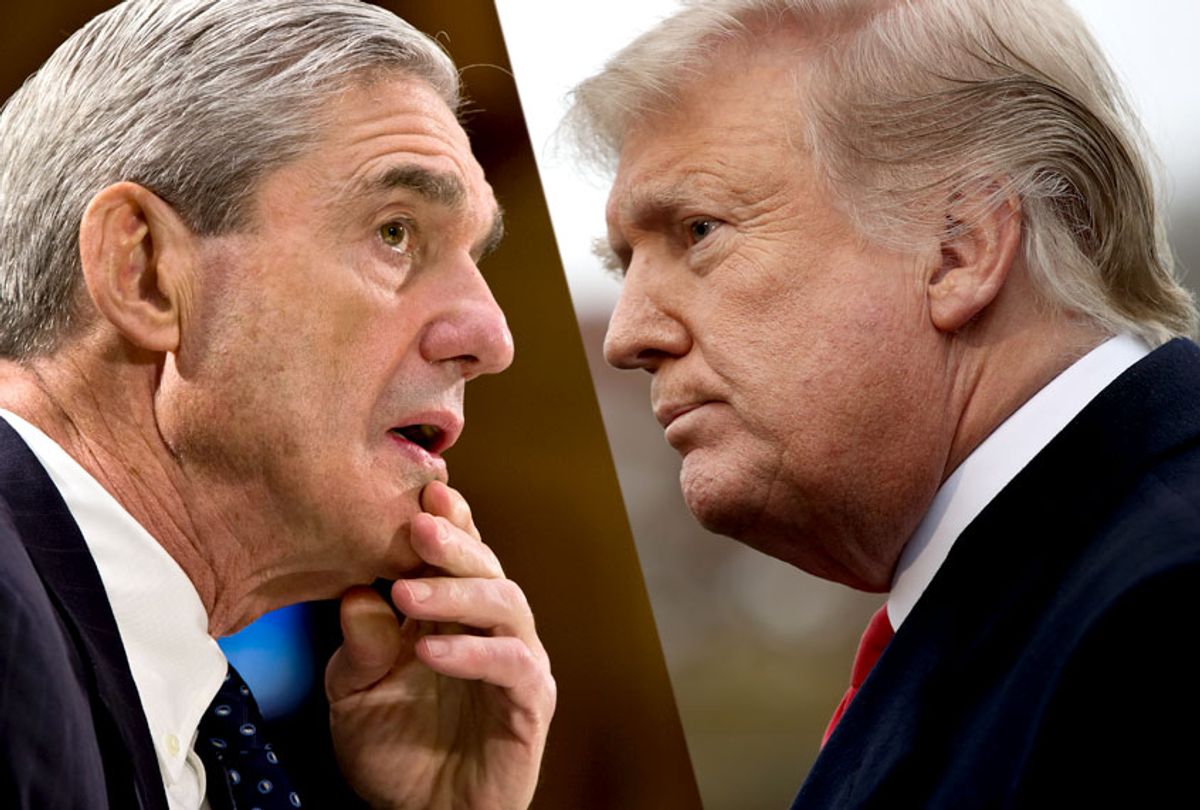 When Attorney General William Barr provided a brief, four-page summary of Special Counsel Robert Mueller’s investigation on March 22, it was obvious there were more questions remaining than answers. The full report was rumored to have clocked in at well over three hundred pages and Barr’s summary left much to be desired as to just what Mueller had uncovered. The message that Donald Trump would not be charged with offenses directly relating to Russian interference in the 2016 campaign, and that the Department of Justice had decided not to file charges of obstruction of justice, was met by celebration with some and puzzlement by others.

Having finally had a chance to look at an initial, redacted version of the report, Americans got a chance last Thursday to see for themselves just what horrors Attorney General Barr had been trying to bury for his president. In Mueller’s 448-page detailed narrative of his investigation, we saw the story of a campaign deeply steeped in Russian efforts to undermine our free and fair elections and a president attempting to or actively breaking the law to cover it up.

Though Barr’s continued misinformation campaign was meant to spin the report and Trump flip-flopped from trumpeting the investigation as totally exonerating him to characterizing it as “bullshit” on Saturday, Mueller leaves little doubt in his report as to just what he found. It’s as bad as anyone could have imagined, and, in many cases, so much worse.

The first volume of the report details the Russian hacking of the 2016 Presidential election, its many operations that intended to aid Donald Trump’s election, and a troubling account of interactions between Trump’s campaign and those Russian operations. Though Mueller wasn’t able to prove there was an explicit conspiracy between Russia and the campaign, what he did find was a slew of interactions wherein the campaign and Russian individuals communicated and cooperated, every instance toeing the line between conduct that was technically legal but disturbing, and outright criminal.

It’s here that we see a clear picture emerging of the Trump Campaign as an organized crime cell where those involved are either so versed in shady activities that they’re able to skirt the line or else so incompetent that they couldn’t possibly be aware where the line was. In the case of Donald Trump, Jr., his meeting with Russians in Trump Tower fell into the latter territory as Mueller could not determine that he knew what he was doing was illegal and wasn’t sure he could successfully prosecute the president’s son.

In a disturbing incident, the Trump Campaign was not able to carry out conspiracy, but seemingly not for a lack of trying. Ordered by Trump to track down Hillary Clinton’s “missing emails,” Michael Flynn, the disgraced former National Security Advisor, contacted now-deceased operative Peter Smith, who attempted to reach foreign spies in Russia, China, and Iran. Erik Prince, founder of the mercenary force Blackwater and brother of current Secretary of Education Betsy DeVos, was involved in trying to find the emails and also attempted to meet with Russian individuals.

Another disturbing incident involved Paul Manafort, Trump’s former campaign manager who is currently in prison for a spate of crimes, who maintained ties with Russia after years of fixing relations for them in Ukraine and effectively instituting puppets for Vladimir Putin. Manafort provided Russian intelligence figure Konstantin Kilimnik with campaign polling numbers and discussed the swing states of Michigan, Pennsylvania, Wisconsin and Minnesota, states that played an integral role in the election, thus raising the question: Did this conversation guide Russian interference in that direction?

That question remained unanswered, along with a slew of others, including how Trump and his campaign learned exactly when WikiLeaks would release the stolen DNC emails it had obtained from Russia, an anticipation that included an extensive media plan by the Trump Campaign that would capitalize on the problematic reveal of Democratic communiqués. Also, Mueller reaped no judgment as to whether it amounted to conspiracy when Donald Trump asked Russia on live television to find Clinton’s emails, a call that was actually met by Russian actions five hours later to do exactly what the Republican candidate asked them to do.

In the question of obstruction, Mueller may not have come to a conclusion, but the reason was a far cry from what Barr tried to sell to the public. Citing Department of Justice laws, Mueller admitted he could not indict a sitting president, but obviously intended for the matter to be decided by a Congress with a constitutional duty to impeach a criminal president. In this case, Mueller laid out several instances of Trump attempting to obstruct his investigation, both in public and private.

What is perhaps most upsetting about Mueller’s details of the obstruction case is that Trump attempted many times to actively commit the crime of obstruction, only for subordinates to refuse his orders. Donald McGahn threatened to resign after Trump told him to fire Mueller and lie about it. Chris Christie counseled Trump several times not to obstruct justice. Reince Priebus, his former chief of staff, tried to manage Trump but still found himself calling Michael Flynn to take his temperature and assure him he would be taken care of.

The case Mueller lays out for obstruction and possibly impeachment is compelling. It paints the portrait of a rogue president so desperate to avoid the probing eye of investigation, in some cases for concerns outside of the Russian matter, that he flails about and often breaks the law. In one instance, Trump raged over the perceived weakness of his former Attorney General Jeff Sessions, rambling at length about past attorneys general he believed were loyal to their presidents and protected them from prosecution, saying he needed an AG willing to break the law and inform him of investigations.

Overall, what was found within the report is a damning incrimination of a president willing to sell out his country, turn his back on duty and loyalty, and win at all costs, even if that meant cooperating with a foreign power in undermining free and fair elections. What’s more, it tells the tale of a man so unfit for office that those around him are constantly betraying his orders in an attempt to avoid their own prosecution.

Despite William Barr’s irresponsible spinning, this is the story of a prosecutor communicating to the American people and their representatives that the evidence is clear and critical. There are elements of both sections, conspiracy and obstruction, where Mueller was stymied by either eyewitnesses stonewalling or ongoing investigations yet to yield information, but Congress should act on this investigation and launch their own inquiries, more than likely opening the door to impeachment.

It’s hard, following a long and critical look at this report, to come to any conclusion other than Donald Trump should be impeached and removed from office. Some will argue Democrats should not pursue this course because an impeachment would undoubtedly fail in a Republican Senate, but what Mueller has presented to the American people is a textbook case of an executive committing high crimes. Regardless of what Trump and his crony Attorney General claim, not to mention what his sycophantic news network and media orbit will scream from primetime to sign off, this story isn’t an exoneration, it’s a tragedy.