Can an ambitious black woman "have it all"? "Being Mary Jane" finds the answer in the end

The BET drama ends in a different TV landscape from where it began, earns the title character's happily ever after 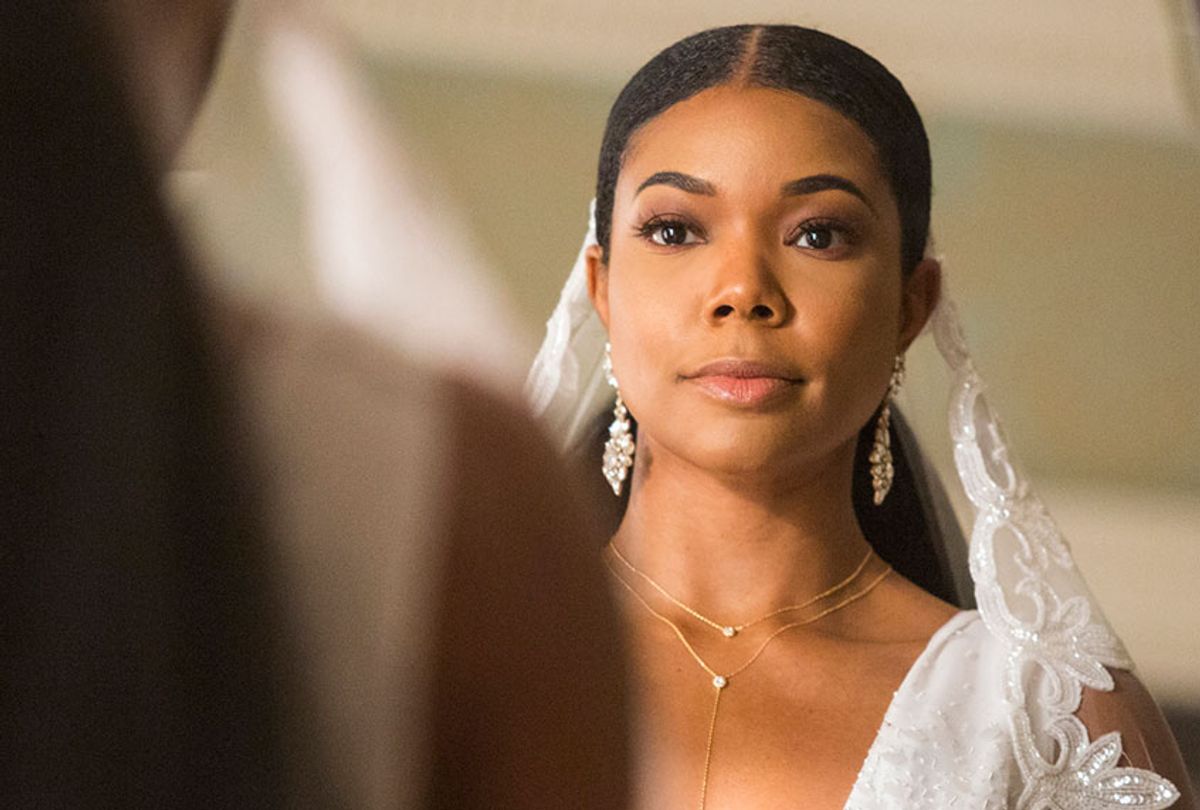 Before BET’s “Being Mary Jane” concludes with its two-hour movie, airing Tuesday at 8 p.m.,  take a moment to contemplate where the series began. The backdoor pilot introducing the character opens this statement of purpose/disclaimer: “42% percent of African-American women have never been married. This is one black woman’s story…not meant to represent all black women.”

Contrary to how that reads, the evolving story of Mary Jane Paul (Gabrielle Union) is as much about her career path and her ambition as her aspirations to find the perfect love match. Over the course of the series she experiences the victories and disappointments of any professional woman, making the same mistakes along the way as well.

What may be her most lasting romance, in fact, begins as a risky affair with her producer Justin (Michael Ealy) that, fortunately for her, takes root and grows into something real. Nevertheless, during one of her morning shows that precedes 2017’s fourth season finale — the last time we checked in with these characters — she asks her “View”-like panel why women still pine for marriage.

“Without men, perhaps women are enough,” she says. “If we can build empires in our careers, why can’t we build families without husbands?”

In the long history of television, the wedding finale is, frankly, a massive cliché. Whether series creator Mara Brock Akil originally intended her story to end at the altar is unknown; Brock Akil exited the production between the series’ third and fourth seasons.

Even so, sending Mary Jane off in a fancy dress with her friends and family bearing witness to that version of succeeding feels right for her, and it does right by her viewers as well. This is not to say that she alone isn’t enough; certainly she’s proven her capability and independence time and again.

But for Union’s heroine, that trip down the aisle is an important one for reasons beyond tying up the plot’s loose ends, or fulfilling its fans’ fantasies for the character. In every survey about black women in the workforce and their likelihood of getting married, the statistics for black women with college degrees and high-earning careers are rarely presented as rosy. We read that we’re less likely to be married, or if we do, we often marry “down”, i.e. choose a spouse with a lower level of education or earning power.

Strictly viewing what Mary Jane represents as a character, then, she’s been a beacon. “Being Mary Jane” has an appeal beyond BET’s core audience of African American viewers because of the character's overall realness; we see her in unglamorous, human moments as frequently as the series shows off her impeccably styled on-camera look. Rarely, if ever, did we see Olivia Pope rip off her bra when she was done with her workday on “Scandal” — and to my knowledge, she never ever complained about having a sore jaw due to overdoing certain acts of intimacy.

“Scandal” may have influenced style trends, but “Being Mary Jane” does a tremendous job of serving as a clear mirror for working women by showing the title character grappling with the nagging question of whether it is possible for an ambitious black woman to truly have it all.

Every professional woman struggles with that unrealistic expectation, and every few years somebody writes a book about some version of its impossibility.  For black professional women like Mary Jane, however, those other considerations make that quest an ever-more challenging undertaking, a truth the series excels at examining even as it traffics in soapier elements.

To widen the lens a bit, though, “Being Mary Jane” makes its departure from a television landscape changed, in a small way, because of its existence. We may not get new developments in her life, or that of her best friend Kara (Lisa Vidal), or updates from the family she loves and supports, who know her as Pauletta and embody her dual existence as a daughter with responsibilities and a woman clawing her way to the peak of the morning TV mountain.

However, we can look forward to more chapters from Issa and Molly on HBO’s “Insecure” in 2020. Sooner that its return comes a second season of adventures with Nola Darling on “She’s Gotta Have It,” premiering May 24 on Netflix.  And Viola Davis remains the formidable backbone of “How to Get Away with Murder.”

Television isn’t just depicting black women’s lives and love affairs more fully, either. On Starz, Tanya Saracho’s “Vida” is the sole representative of the female Latinx perspective on TV and uses that platform to put the gentrification of Mexican-American neighborhoods under a microscope as she develops a view of the complex love lives of her main characters Lyn and Emma. And, of course, there’s the bizarre emotional journey of Sandra Oh’s agent on “Killing Eve.”

Generally speaking, series that center the professional and personal lives of women of color are more plentiful, and presented with much more variety, than when “Being Mary Jane” first debuted, and that’s meaningful progress.

Union has already moved on, executive producing “L.A.’s Finest,” an action series spinoff of the “Bad Boys” franchise in which she co-stars with Jessica Alba. It’s a show with a very different vibe, and perhaps if it catches on more people will catch the four very bingeable seasons of “Being Mary Jane” currently streaming on Netflix.

And if the weight “Being Mary Jane” carried on behalf of black women specifically is underappreciated at this moment, hopefully that won’t always be the case. Mary Jane may have been designed to speak to a specific audience, but her story and the bites of wisdom integrated within each episode are timeless and universal.

Much in the way another Mary inspired working women in a more distant past, she’s a modern reminder that no matter how frequently we stumble, we might just make it after all, coupled up or single. Or, to quote one of the onscreen aphorisms employed in each episode, “When your dreams turn to dust, vacuum.”